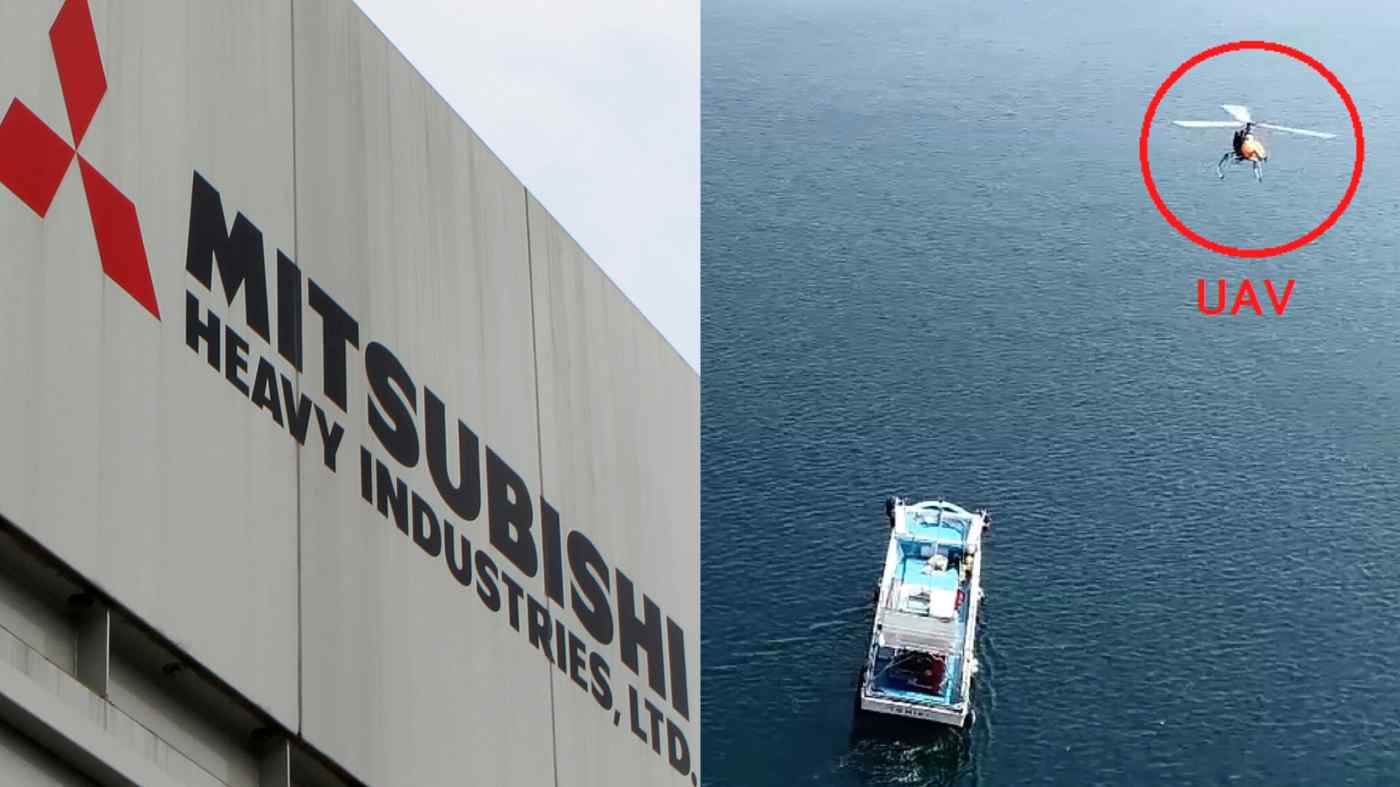 TOKYO -- Mitsubishi Heavy Industries is borrowing from its fighter jet technology to roll out a system that promises to control dozens of commercial drones from as far as 1,000 km away, a crucial advancement from today's standard that allows for a single drone to be controlled if it is within a few kilometers.

The heavy machinery maker aims to launch the system sometime in the next fiscal year, ending March 2022. The technology has nonmilitary uses, in weather prediction for disaster prevention purposes as well as in maintaining power and telecom cables.

Mitsubishi Heavy's fighter jets and submarines can control their movements while also automatically following an adversary and notifying users of abnormalities.

The commercial adaptation will use secure internet connections to control drones flying through wind gusts of 30 meters per second.

The system will enable a controller in Tokyo to direct drones to Tanegashima, an islet south of Japan's southernmost main island.