Startups face challenge of scaling up production with imported components 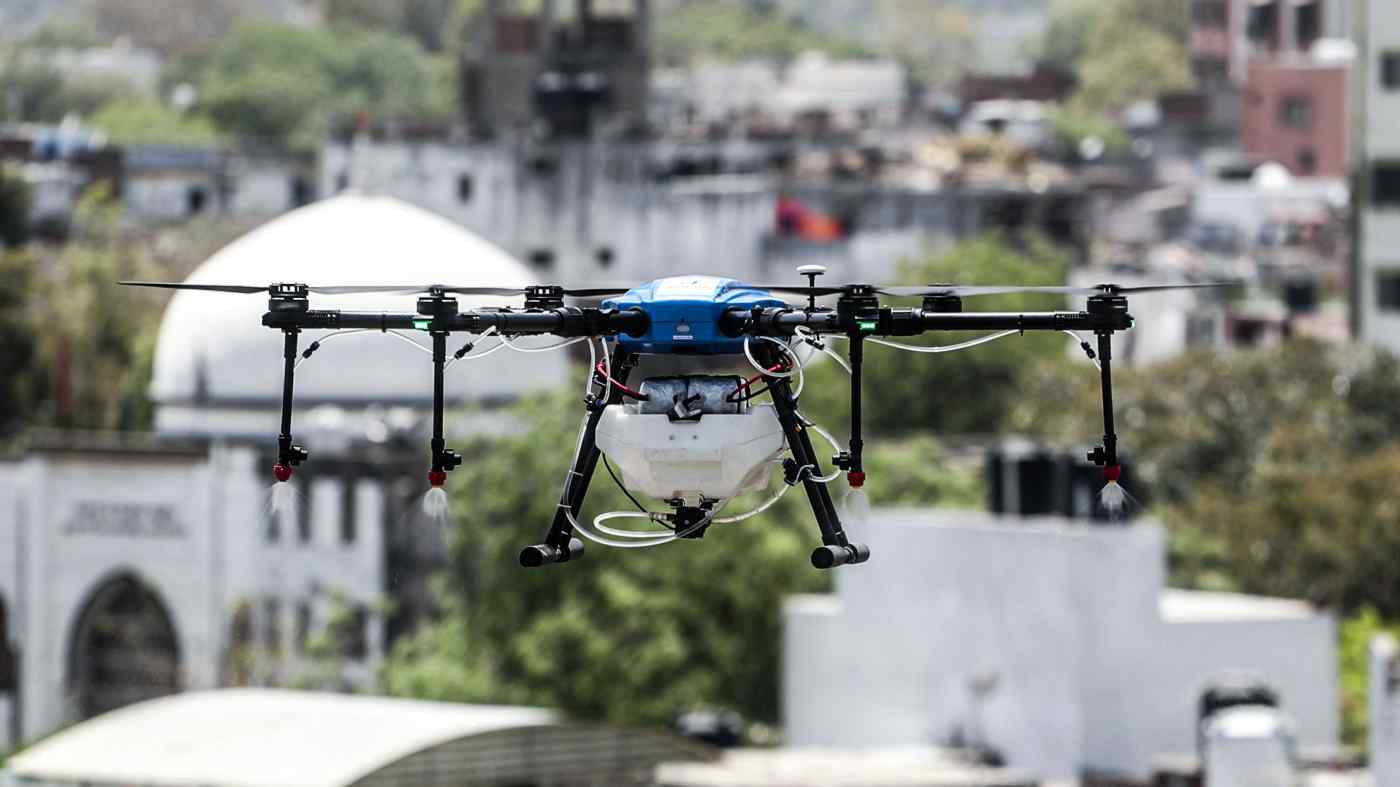 MUMBAI -- Chinese companies like DJI Technology have led the way in developing versatile, low-cost drones that have become must-have items around the world in industries ranging from agriculture to media.

However, the U.S. and other governments worried that Chinese-made drones might pose a security threat are increasingly putting limits on their sale or cutting off technology supplies to the manufacturers.

This is giving Indian policymakers ideas.

"This occasion is the best example of how far the country can fly if policies are drafted with the right spirit," Modi said at the event.

"India is poised to witness the emergence of new leadership in the drone sector," Modi said. "More than 200 drone startups are currently working in the country and soon their numbers will increase to 1,000 which will create huge job opportunities."

The Indian Ministry of Civil Aviation is aiming for annual drone industry revenues to soar from $27 million in the year ending March 31 to $122 million within two years, with direct employment rising from about 1,000 to 10,000. Indian security officials, like their peers in the U.S., Australia and Japan, are worried that use of Chinese-made drones may pose risks.    © AP

Delhi has some basis for these drone dreams.

"India has already emerged as a global manufacturing hub for automobiles due to reasonably low-cost skilled manpower," said Mahadeo Jaiswal, director of the Indian Institute of Management Sambalpur. "In this context, drones are very similar to automobiles but with much bigger market, as they will have diverse applications."

As with phones, cars and drugs, Indian drone production is heavily dependent on imports of components, especially from China. These supply lines have not been affected by the new ban on drone imports.

But where drones differ is in the scale of the players. There are no large-scale Indian manufacturers yet, nor have any major foreign players set up production in the country.

By some estimates, local producers will have supplied only $27 million of the $1.2 billion worth of drones to be sold in the country for the year ending March 31.

Indeed, as an industry of small startups, there is some dispute even over who the largest players are.

Mumbai-based ideaForge has attracted attention with deals such as a $20 million contract to supply high-altitude surveillance drones for the Indian Army.

The company, backed by investments from U.S. companies Qualcomm and Celesta Capital, now employs about 200 workers, but depends on imported motors, processors, battery cells and other items for 30% of its components. 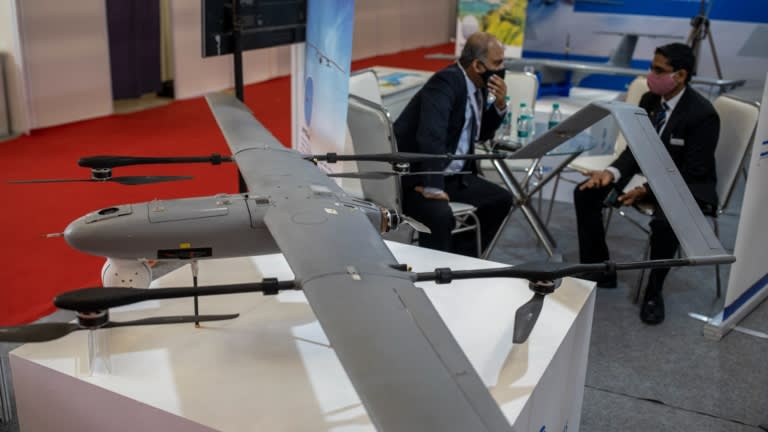 Tata Group and other large Indian conglomerates are eyeing opportunities to invest in drones for defense and other government applications.    © AP

IdeaForge says it has deployed more than 1,000 "ruggedized premium systems" to customers so far.

"For targeted applications where Indian products have proved themselves, we do have the potential to serve indigenous demand and have been doing so even prior to the import ban," said Raghav Mallick, product manager and policy lead at the company, which also focuses on mapping and security.

"There exists adequate unserved demand that the indigenous industry has access to, spanning a myriad use cases," he said.

The company, which has 160 staff and also focuses on mapping, delivery and surveillance, has signed deals to export 8,000 drones to clients in Panama, the United Arab Emirates and Malaysia, according to Chief Executive Agnishwar Jayaprakash.

"The shift is happening because people don't want to do business with the Chinese, even if it comes at a cheaper price," he told Nikkei Asia. "If the Chinese want to sell drones in India, they will have to enter into partnerships with Indian firms."

Still, Amber Dubey, joint secretary and head of the drones division at the Ministry of Civil Aviation, said foreign drones can be imported upon approved request by the Ministry of Defense.

But this potential exemption is expected to be utilized only for advanced drones from Israel and other strategic allies.

Indeed, India's drone makers still have much catching up to do, according to some in the industry.

"China has taken more than a decade to get to this point, and [India's push] is going to only hasten its pace, sensing the emerging competition," said Kamdar, who employs 12 people. "India needs to go at least two or three times the pace of China."

So far, the government's direct financial support for the industry is quite limited. In her budget speech last month, Finance Minister Sitharaman offered $16 million in tax incentives and subsidies for companies setting up drone factories and agricultural drone rental providers.

The country's large conglomerates may help fill the gap.

Reliance Industries, meanwhile, has built a controlling stake in Asteria Aerospace, which makes drones for defense, mining, construction and other applications.

For now, previously imported Chinese drones remain on sale at low prices around India. But retailers and user groups like the Drone Federation of India worry that the new ban will soon start to cause supply problems given the current lack of competitive products from local producers

Government officials involved with the import ban, though, say they are confident the disruption will not last long. The Ministry of Civil Aviation's Dubey told Nikkei, "As we have seen in multiple areas, Indian scientists and industry can surprise the world by bridging the gap quickly."