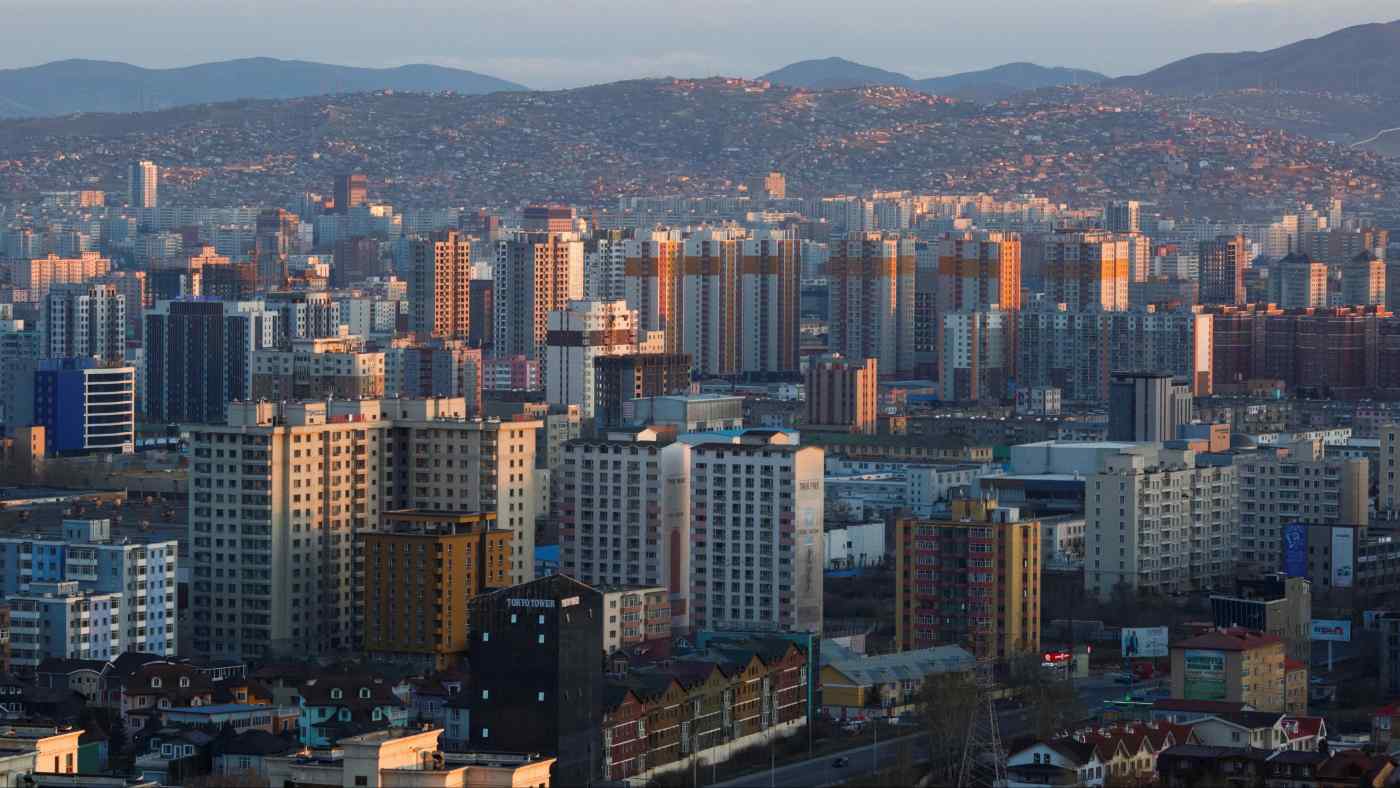 ULAANBAATAR -- Startups in artificial intelligence, fintech and other sectors are set to transform Mongolia's economy, as they begin turning the capital of Ulaanbaatar into a small but thriving high tech hub.

Mongolia's key industries have traditionally centered around mining, farming and tourism, but severe winters limit activity during the cold season. To keep the economy humming through the frigid months, the country is ramping up efforts to fuel its nascent information technology industry.

With fourth-generation mobile networks well established -- especially 4G LTE -- the IT sector has been taking off and is set to play a more prominent role in the economy.

Helping lead the charge are Mongols returning home to set up companies after studying and working abroad. Finding locals to train and fill tech positions in these new companies can be a challenge, but is made easier by the strong personal relationships that Mongols forge, sometimes stretching back to early childhood.

The reach of this friend-based network could be seen in late July as experts in AI from Facebook, Microsoft and other tech giants gathered in Ulaanbaatar for a deep-learning seminar co-organized by Dentsu Data Artist Mongol, an AI subsidiary of Tokyo-based advertising agency Dentsu.

One of the speakers at the seminar was Sainbayar Sukhbaatar, who works for Facebook AI Research. He was asked to join the confab by a childhood buddy, Dentsu Data's Agchbayar Amarsanaa, who extended the invitation "because Sainbayar is a friend from elementary school and we both studied at the University of Tokyo."

"I have not a small number of [Mongolian] friends at GAFA," Agchbayar said, referring to Google, Apple, Facebook and Amazon by acronym. 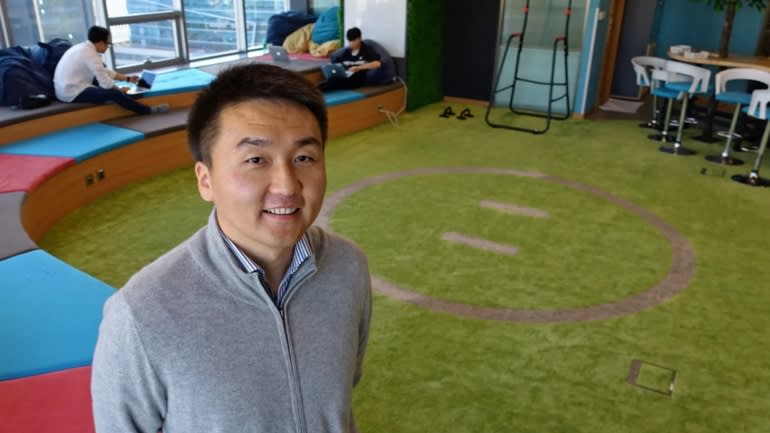 About 1.5 million people -- half of Mongolia's population -- live in the capital, which is also home to 90% of the country's universities. Students study at the same school from elementary through high school, where they form bonds that often last a lifetime.

After graduating from the University of Tokyo, Agchbayar joined Data Artist, an AI startup founded by a fellow student. After the Dentsu Group acquired the startup in 2018, Dentsu Data Artist Mongol was established in Ulaanbaatar to develop AI systems.

Due to the lack of qualified personnel in Mongolia, Dentsu Data plans to hold training seminars and choose hires from among the participants, hoping to increase its workforce to 100 from the current 70 by the end of the year.

Though not as advanced as many of its Asian neighbors, communication infrastructure is firmly in place and related markets are starting emerge, one of which could be in data centers thanks to Mongolia's relatively cheap electricity.

Smartphone penetration attests to the country's solid mobile network. At the end of 2018, there were 4.2 million devices in use, or 1.4 smartphones per person, according to the Communications Regulatory Commission of Mongolia.

This makes fertile ground for new types of financial services. Few Mongolians own credit cards, instead relying on pawnshops for short-term loans to cover daily expenses. Local fintech startup And Global senses opportunity with the situation, introducing in 2017 LendMN, a smartphone app that offers unsecured microloans starting from 50,000 tugrik ($19). Loan applications can be approved in just three minutes.

To ensure repayment, the company uses a proprietary AI-based system to assess an applicant's credit rating. It seems to be working, as 98% of borrowers repay on time. The company has since expanded LendMN overseas to the Philippines and Mexico.

Chief Investment Officer Khos-Erdene Baatarkhuu said the company's tech prowess is on par with peers in advanced economies "at just a fraction of their labor cost." Management includes people educated overseas who returned home to dive into the growing tech scene. 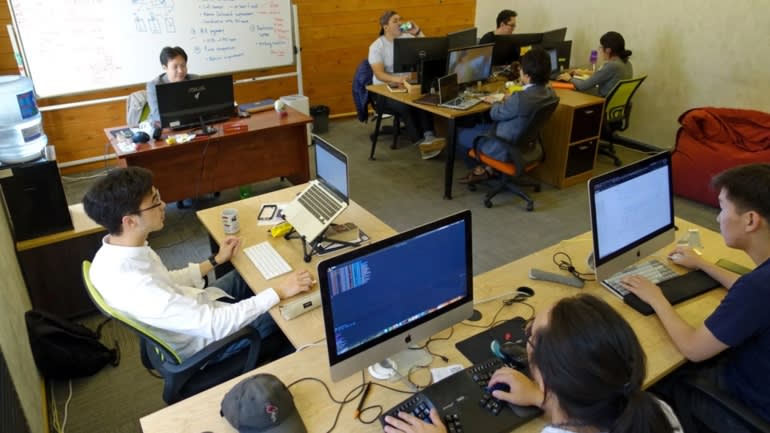 The Mongolian office of And Global: The company says that 98% of borrowers repay their LendMN loans on time, thanks to its AI-based credit rating system.

The country's proficiency in math is another plus. This year, Mongolia ranked 26th in the International Mathematical Olympiad, just behind France and Canada, and up from 50th place in 2010.

The government is fully behind the blossoming IT industry. In 2018, it launched the Hub Innovation Center, the nation's first facility that directly supports startups. It is also not hindering the industry with undue regulation, which essentially allows companies to use the country as a test bed before expanding overseas.

Bat-Erdene Baldangombo, head of the innovation center, said Mongolia's current industrial foundation is unsustainable, noting that the mainstay industries of coal and copper mining are vulnerable to market fluctuations. Coal mining, in particular, faces headwinds from tighter global environmental regulations. His answer is for the government to promote diversification into high technology.

As the economy upscales, the government wants to do its part to educate tent dwellers and nomads outside the capital. According to Bat-Erdene, plans are underway to set up support facilities in the countryside to help rural areas with the transition.

Still, some entrepreneurs are worried about the country's habit of mixing politics with business. One noted that bribery is a way of life in the country. "When there is competitive bidding, you are never sure of fairness in the screening process," the person said.

And despite the Hub Innovation Center, another complained that government support for startups "hasn't even reached the starting line."