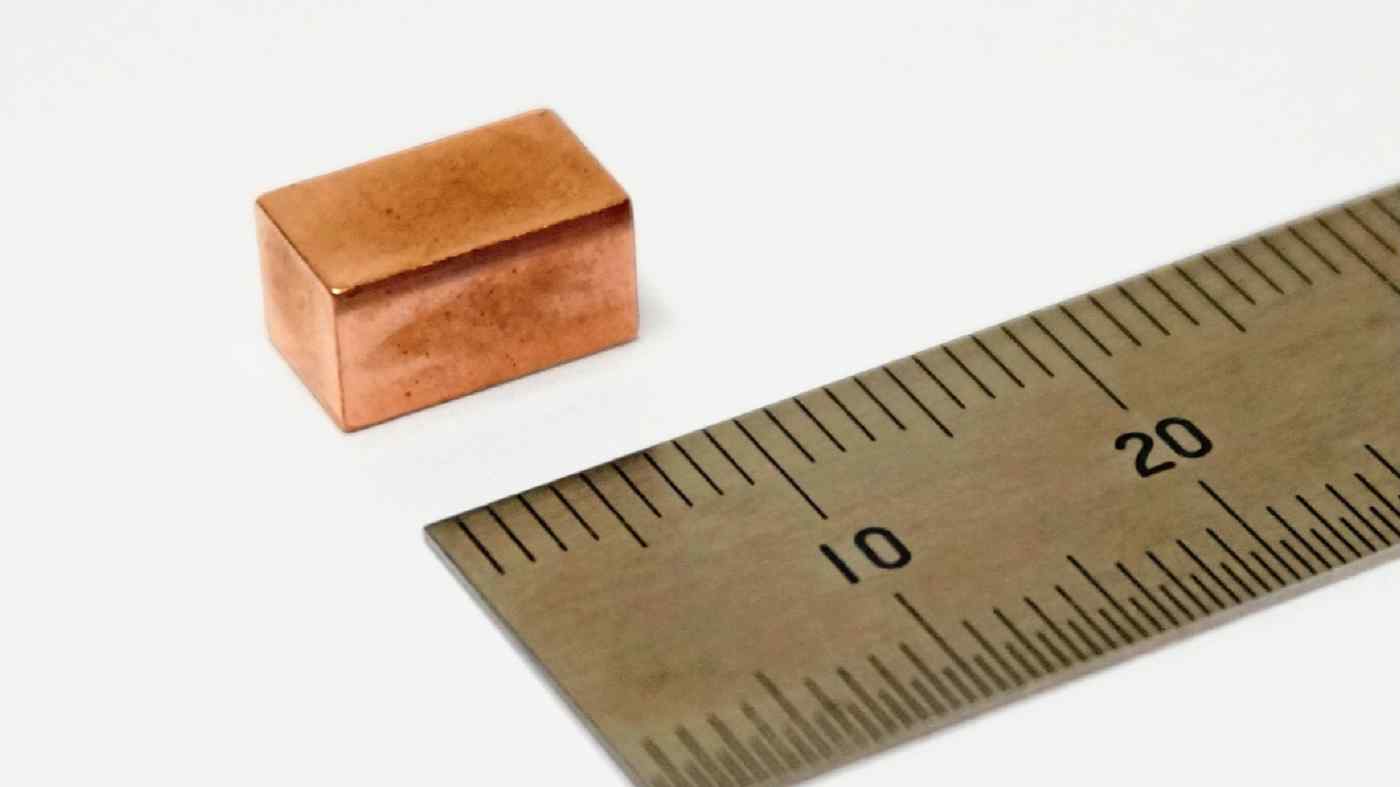 KYOTO -- Murata Manufacturing will begin mass-producing all-solid-state batteries in the months ahead and supply the ultrasafe, next-generation power packs to makers of earphones and other wearables as it forgoes short-term profit and attempts to carve out a niche for itself in a cutthroat industry.

The Japanese electronic component maker will establish a production line for the batteries at its Yasu Division, in Shiga Prefecture.

Murata Manufacturing has made a capacity breakthrough by combining lithium-ion battery technology acquired from Sony with laminating techniques that it developed for the production of multilayered ceramic capacitors.

"We will start production [of the all-solid-state battery] in small quantities in the first half of the year ending March 2022 and expand production in the second half," board member Masanori Minamide said during the company's earnings announcement on Wednesday.

Plans are to eventually produce 100,000 batteries a month.

All-solid-state batteries use a noncombustible solid electrolyte between the two electrodes. They are safer and have higher energy density than conventional lithium-ion batteries, which use combustible liquid electrolytes, and are considered the most promising next-generation battery candidate.

Electronics industry players are waging a fierce battle to develop the li-ion replacement.

Murata's battery uses an oxide for the electrolyte. It is not suited to large-capacity, high-output applications, such as powering electric vehicles. It is, however, considered a safe charge for wearables because it does not produce toxic gas.

Like MLCCs and other electronic parts, the battery can be installed on a circuit board. Since it does not require its own installation space, the Murata battery gives wearable designers more leeway in creating their devices.

Murata was not a serious player in the battery business until 2017, when it acquired Sony's battery division. Sony introduced the world's first mass-produced li-ion batteries in 1991. It made them at a plant in Koriyama, Fukushima Prefecture, that is now known as Tohoku Murata Manufacturing, a Murata production subsidiary.

The subsidiary has operated in the red since it was acquired from the Trinitron-to-Spider-Man conglomerate, but Murata keeps investing in it because of the insatiable appetite for batteries.

Now Murata has another financial burden: ramping up production for new products, including the all-solid-state battery.

"Some more time will be needed for the battery business to become profitable," President Norio Nakajima explained at the company's earnings announcement. "We need a certain level of investment to increase production because we receive a lot of orders."

Murata had previously planned for the battery business to become profitable during the current fiscal year, through next March.

However, it changed its li-ion battery sales strategy in the fiscal year through this past March. It began reducing sales to smartphone makers, who had been among its main customers, partly because of cutthroat competition, and started emphasizing sales to makers of power tools and wearables.

For the year through next March, Murata is projecting a net profit of 240 billion yen ($2.2 billion), which would be a record profit for the second consecutive year. The estimate is based on U.S. accounting standards.

Its main operations, including MLCCs and communications parts, continue to perform strongly, driven by products used for 5G high-speed mobile communications and in electric and hybrid vehicles.

The company expects its next gains to come when it puts its all-solid-state battery business on track.