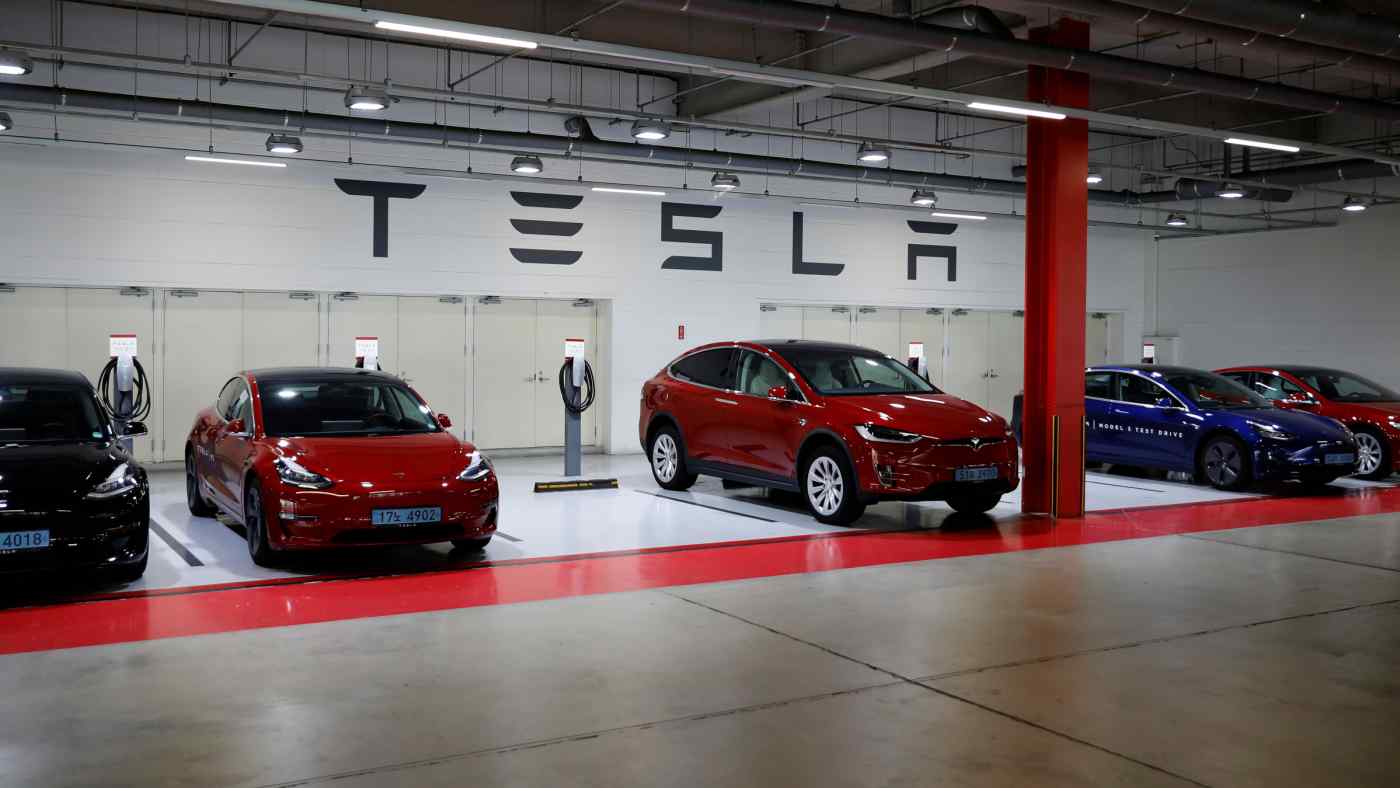 Panasonic's stock sank 4% in Tokyo on Wednesday compared with the pre-holiday session Friday. Dashed expectations of growth for the business with Tesla propelled the fallout.

Tesla revealed Tuesday that it intends to produce 100 gigawatt-hours' worth of battery cells by 2022, enough for 1.4 million vehicles. The volume is roughly three times what Tesla purchases from Panasonic today.

"Supplies to Tesla's new vehicles [from Panasonic] could potentially decline," said Tang Jin, senior research officer at Mizuho Bank. This development comes as Panasonic's business of producing batteries for Tesla makes its way toward profitability after years of red ink.

"It's not our intention that a single company meets all of Tesla's demand," said a Panasonic executive, reiterating the supplier's stance.

Lithium-ion batteries account for an estimated 30% of EV costs. Tesla has been busy incorporating competencies linked to batteries including by taking over Maxwell Technologies, a U.S. outfit that possesses proprietary electrode technology.

By moving cell production in-house and radically modifying the processes related to electrode material, Tesla looks to cut production costs by 56% per kilowatt-hour. This shift is fueled by Tesla CEO Elon Musk's push for a new $25,000 vehicle, plans for which he unveiled during a "drive-in" presentation Tuesday in front of the company's factory in California. Priced much less than Tesla's current cheapest offering -- the Model 3, which starts around $35,000 -- the new vehicle will hit the market three years down the road, according to Musk.

A sticker price of $25,000 "would maintain competitive advantage even absent of subsidies," said Hiroto Suzuki, partner at Arthur D. Little.

Tesla will maintain collaboration with partners such as CATL, the Chinese battery supersupplier, as the electric vehicle maker looks to retain diverse sources for battery cells.

Elsewhere in the EV market, automakers are scrambling to lower battery costs in a bid to catch up with Tesla. General Motors and LG Chem are building a battery factory in the U.S. state of Ohio with an annual capacity of 30 gigawatt-hours, investing $2.3 billion into a 50-50 joint venture.

Volkswagen and Swedish battery startup Northvolt are building a 16 GWh battery plant also capitalized 50-50. The German automaker is collaborating with LG Chem, CATL and other battery makers with the goal of introducing about 75 EV models by 2029.

The race to create EV batteries has spilled into materials procurement. The supply of cobalt, an essential ingredient, is anticipated to become tight. Automakers, Apple and other consumers of the metal have reportedly taken to negotiating directly with miners to secure long-term, stable supplies.

But Tesla said Tuesday it is developing cathode materials that will not use cobalt. The automaker is betting on innovation to resolve the risks surrounding a key raw material. The level of chemical engineering needed to achieve that goal, however, makes it unclear whether the company's plan will proceed without a hitch.