New materials mend their own wear, tear and damage 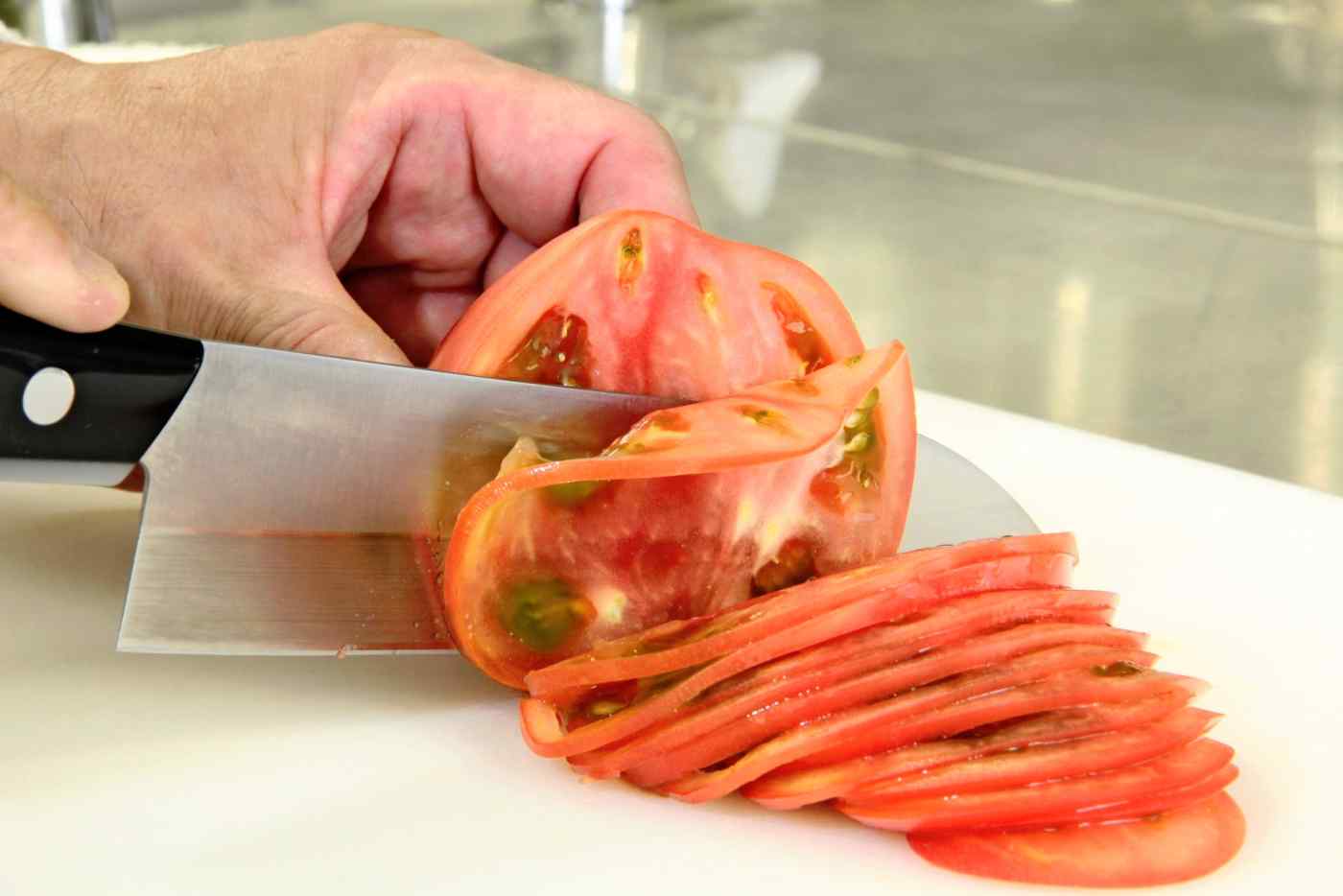 TOKYO -- Scratches that disappear as if by magic, cracks that seal up on their own and knives that sharpen themselves. These are just some of the ways "self-healing" materials are making life easier and products last longer.

When it comes to consumer electronics, the appeal of such materials is immediately obvious: no more ugly nicks and scratches that drive gadget owners to distraction.

Natoco, a midsize paint manufacturer based in Japan's Aichi Prefecture, developed a self-healing coating that can be applied to computers, smartphones and more. In one demonstration, a wire brush was scraped along the surface of a component treated with the coating. White scratches formed on the glossy black surface but disappeared within moments.

An official with the resin material team in Natoco's paint division explained how the coating works: "The elastic energy present in the coating layer works like a spring that bounces back after being compressed." The material's elasticity is created by changing the composition of two or more acrylic plastics that make up the coating.

When the coating is scratched, that part of the surface is temporarily compressed, creating the elastic energy that allows the material to bounce back into a flat, level surface. The coating does not make devices completely impervious to damage, of course. A strong blow, for example, could cause the coating to come off, leaving the lower layers vulnerable. But with a self-healing case, people can carry their smartphone or PC in their pocket or purse without worrying about any cosmetic damage. Natoco also sees great potential in using the material for coating vehicle bodies.

Tokyo-based research company Seed Planning estimates that the world market for self-healing polymers, including resins and rubbers, will grow ninefold to about $170 million by 2020 from the 2013 level.

Innovative concrete is also capable of repairing its own damage. Untreated cracks on the surface of a concrete building allow water to enter and reach the steel reinforcement inside, causing rust and degradation. To solve the problem, Sumitomo Osaka Cement has developed a way to automatically seal up such cracks using the reaction between the cement and water.

The technology was developed by adjusting the composition of cement. When cement reacts with water, it hardens and increases in volume by 40%. Two substances in cement -- belite and alite -- determine the strength of the finished concrete. Although belite reacts with water more slowly than alite, it plays a greater role in promoting self-healing properties. While regular cement is 20-30% belite, increasing its content to about 50% makes it possible to produce cement that can self-heal cracks, according to Yuichi Otabe, leader of the company's ready-mixed concrete research team.

The company is looking to use its new self-repairing cement to make sewage pipes and other concrete structures. But there is one problem: This new technology could cost more than twice as much as the conventional approach using ready-mixed concrete. However, given that the growth strategy announced by the government of Prime Minister Shinzo Abe includes a measure to extend the service life of infrastructure through the introduction of self-healing materials, demand for smart materials is likely to grow.

A more common application for self-repairing technology is in the kitchen. By applying a type of metallic coating normally used in aircraft engines, major engineering company IHI has developed a kitchen knife that can be used for more than a year without losing its razor-sharp cutting edge.

Normally, a knife blade is sharpened on a grinding stone after its edge becomes blunt with use. But while the edge of the IHI knife looks straight, like a conventional blade, it is actually serrated, with each notch measuring several dozen micrometers.

IHI uses a high-voltage electric discharge to generate a mixture of metallic and ceramic particles. This allows the company to apply a super-hard titanium carbide coating to one side of the stainless-steel blade. Hiroyuki Ochiai, deputy assistant director of the company's aerospace division, explained how using both hard and soft materials gives the knife its self-sharpening edge.

The comparatively soft stainless steel is abraded more quickly than the titanium carbide material. This difference causes the blade edge to remain continually serrated. IHI commercialized the knife jointly with a knife manufacturer based in Kochi Prefecture. IHI expects the labor-saving knife to prove popular with professional chefs, too. The company is stepping up promotional activities and hopes to export the knife to the European market and elsewhere.