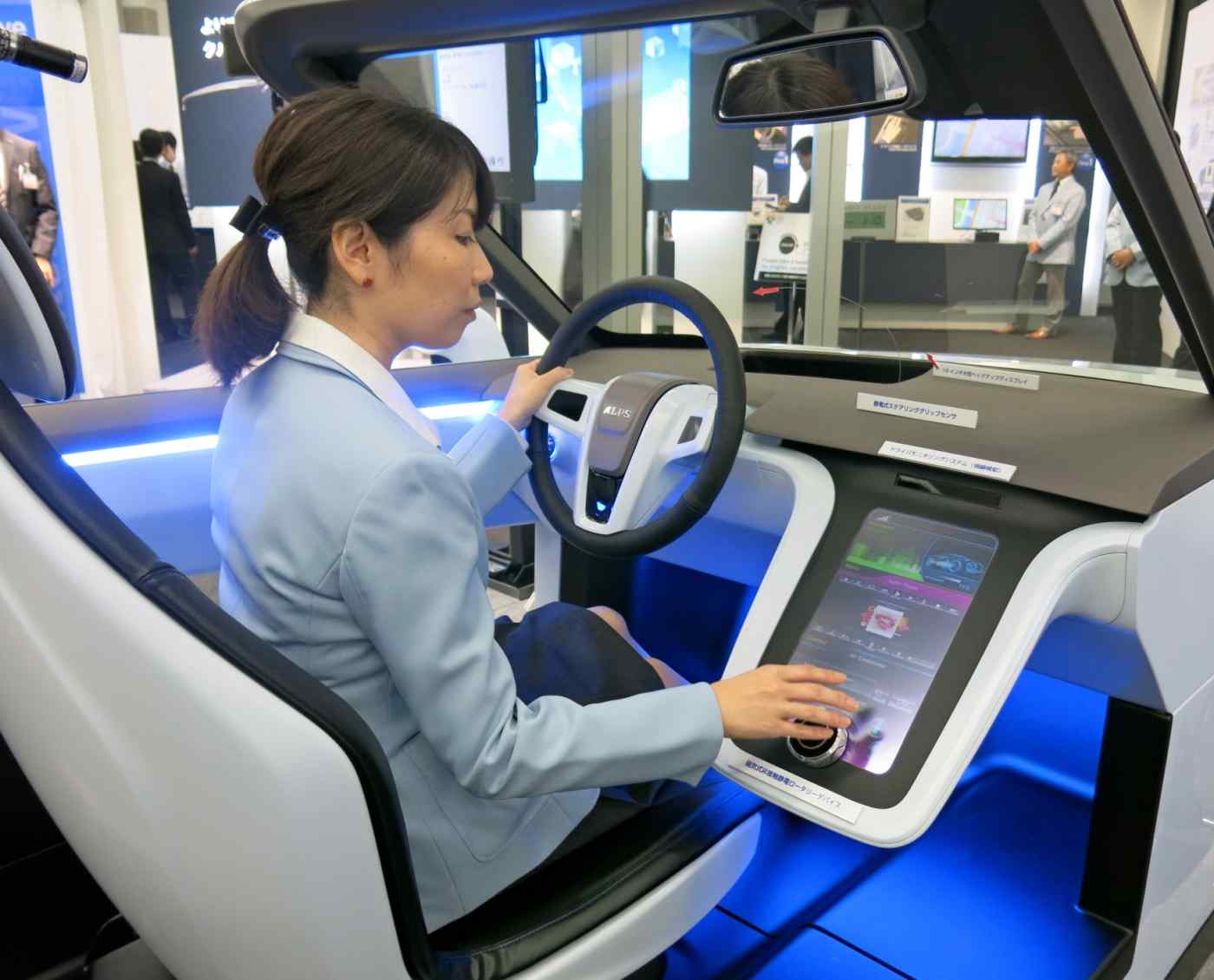 TOKYO -- Alps Electric's new driver assistance system lets motorists control their car's heads-up display with a glance and lock or unlock the doors with the mere wag of a finger.

The new Premium Cockpit system features an updated version of Alps' heads-up display, which shows the speed and route on the windshield in front of the driver. The display uses a newly developed laser light source to produce a clearer image, even in bright settings. Alps recently began mass-producing the display, and U.S. and European automakers are expected to debut the technology in their new models starting in 2015 and 2016.