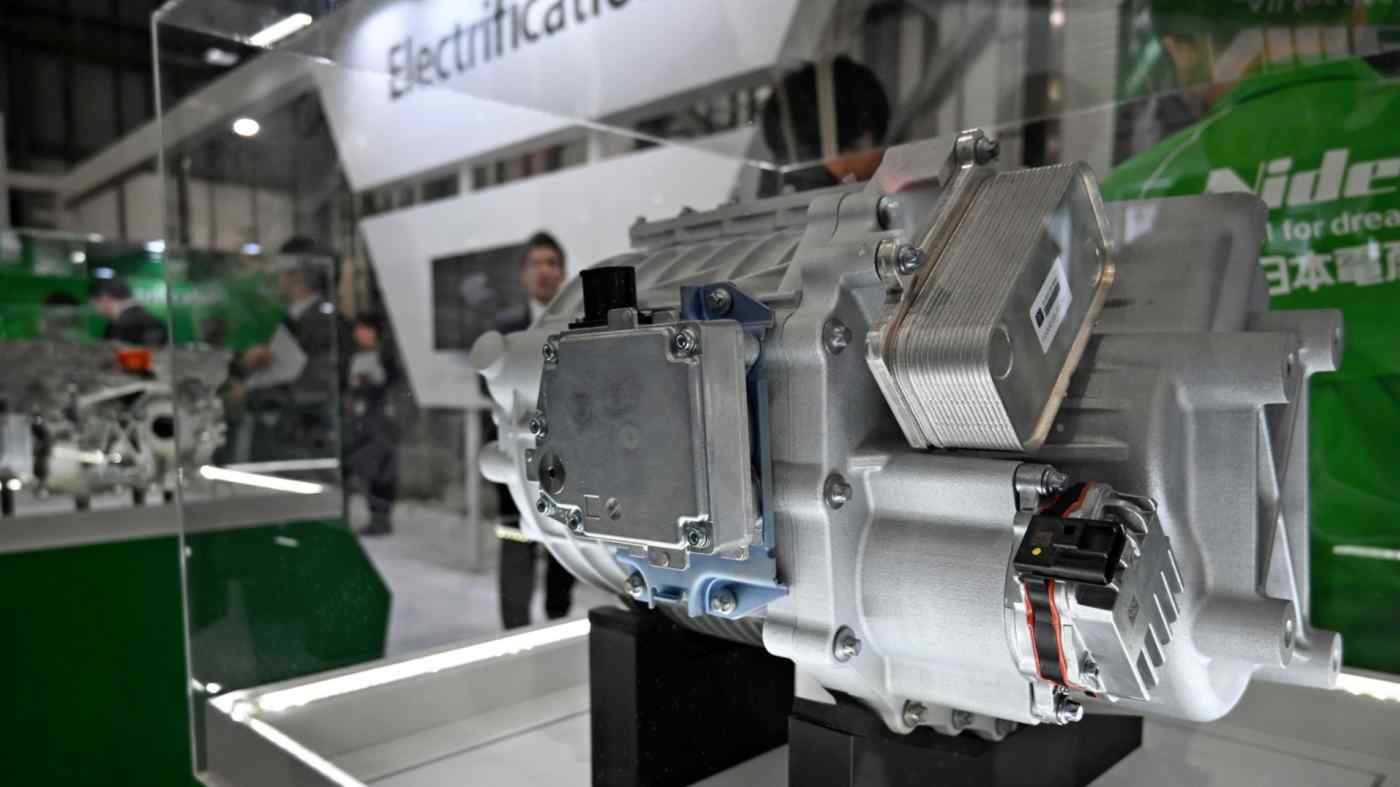 KYOTO -- Japan's Nidec will spend about 200 billion yen ($1.9 billion) to build an electric vehicle motor factory in Serbia, Nikkei has learned, as the company looks to expand its foothold in Europe, whose EV market rivals that of China.

The motor manufacturer is apparently in the final stages of talks with local authorities on plans for the factory and an accompanying research center.

Nidec had concentrated resources on expanding its EV drive motor production in China, which has a fast-growing electric vehicle industry. Now, the company is boosting investment in Europe as a second front.

The new plant will reach annual output between 200,000 units and 300,000 units by 2023. Nidec will start producing EV drive motors in France and Poland as well, starting in 2022, but the Serbian facility will become one of the company's largest production hubs in Europe.

Supplying the EV industry is a key part of the growth strategy for Kyoto-based Nidec, which rose to prominence as a maker of precision motors for hard-disk drives.

European sales of EVs and plug-in hybrids in the first half of 2020 jumped 62% on the year to 399,000 vehicles, the European Automobile Manufacturers Association says. The data, which includes non-European Union members, places the continent alongside China as a leading global market for electrified autos.

Germany's Volkswagen and Daimler are expanding their lineups of electrics, while Tesla plans to complete its first European EV factory in Germany by next year.

Driving that demand is the EU's goal of achieving net-zero emissions of greenhouse gases by 2050. Under measures being phased in for this year and the next, automakers operating in EU member countries are required to cap average fleet-wide emissions for new passenger vehicles at 95 grams per kilometer.

Automakers are scrambling to increase the ratio of EVs in their lineups to comply. The EU regulations are set to become stronger in 2025 and 2030.

From China to India, exporters brace for Biden carbon policy

In response to the demand for core components, major EV battery makers LG Chem and Samsung SDI of South Korea have built factories in eastern Europe.

Chinese competitors are following suit. Contemporary Amperex Technology Ltd., or CATL, is constructing a $2 billion plant in Erfurt, Germany, that will produce cells at an annual capacity of 14 gigawatt-hours when it opens in 2022. CATL has signed large supply contracts with BMW and Volkswagen.

Japanese materials group Toray Industries will begin operations at a new plant in Hungary by 2022 to produce separators for lithium-ion batteries. This will raise its output capacity for the product by an estimated 20% groupwide. Separators are membranes that prevent fire-causing short circuits between cathodes and anodes in batteries.

Zeon, a Japanese manufacturer that makes binders for anode material in lithium-ion batteries, is considering production in Europe as well. The company is responding to a trend among battery makers to procure materials locally. If the plans are realized, Europe would be the first place outside of Japan where Zeon produces battery material.

China's restrictions on gasoline-burning vehicles propelled Nidec into EV motor production in the country. The company last year started mass-producing motor systems that include inverters and gears in Zhejiang Province. Orders have grown from major local automakers such as Guangzhou Automobile Group and Geely.

Some states in the U.S. have decided to enact stronger limits on gasoline vehicles. U.S. presidential contender Joe Biden has said he would support subsidies for American-made EVs if he is elected on Tuesday.