Booking test drives to taking delivery can be completed via smartphone 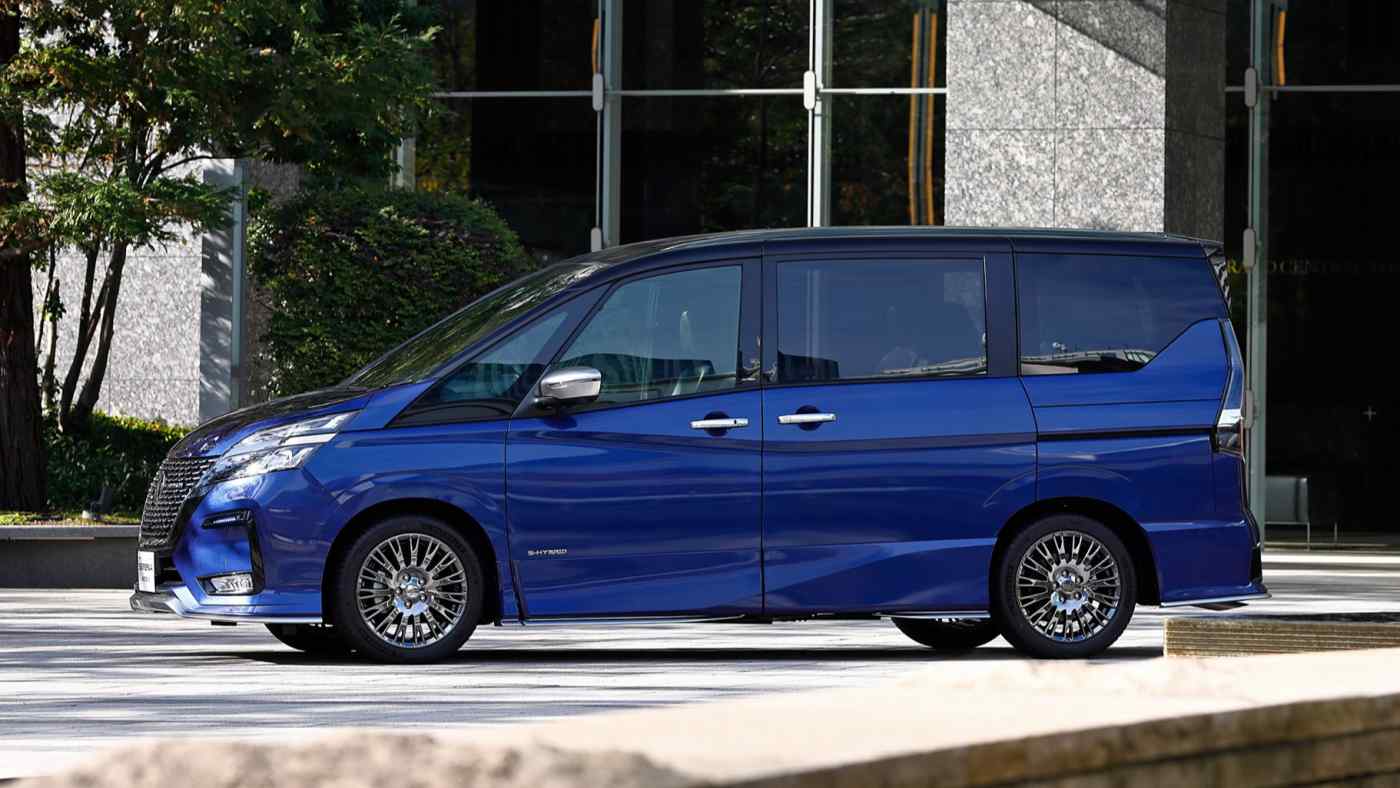 TOKYO -- Car shoppers looking to buy a Nissan will need to reach no farther than their smartphones, with the automaker's online program accommodating the preferences of coronavirus-weary consumers seeking to avoid the showroom and younger people making big-ticket purchases on the internet.

Nissan Motor began rolling out a proprietary online system this February at dealerships in Japan for salespeople to talk with customers via computer or tablet. The customer does not install any apps and can easily see vehicle colors and receive price quotes.

The platform will be linked to sales management systems at dealerships by the end of March so that discussions with customers can be centrally managed and looked up. Nissan plans to analyze data via artificial intelligence to improve service.

A more extensive program is being introduced in North America, where more consumers are embracing online shopping. Nissan@Home is going national in the U.S. after a test run at selected dealerships in five states. Essentially the entire purchasing process -- from booking a test drive to signing paperwork to taking delivery -- can be handled on the consumer's own screen from home.

Customers seek to make as few showroom visits as possible in the COVID-19 era. Nissan sold some 211,000 vehicles between April and December to customers who had initiated the process online, such as browsing its website, accounting for 11.6% of sales in key markets. U.S. buyers in the April-September half averaged 30% fewer days to sign contracts compared with a year earlier.

Nissan is not alone in revving up remote marketing. Tesla has already shifted much of its sales online. Volvo Cars says it aims to offer an all-electric lineup by 2030, with new cars sold exclusively online.

"People in Japan, chiefly younger generations, are increasingly doing research on the models they want online so that they need to visit a dealership just once," said Satoshi Komiya, a managing director at Boston Consulting Group, predicting that online sales will continue to grow.

With the pandemic and an automotive chip shortage affecting the supply chain, Nissan sees global sales falling 18% on the year to about 4.01 million vehicles in the fiscal year ending March 31. But the company is doing away with former chief Carlos Ghosn's strategy of scale at the cost of deep discounts and instead focusing on profitability. Sales incentives in North America dropped to the $3,000 range per vehicle for the first time in 19 months this January.

Car dealers in Japan have already been communicating with customers via Zoom. Nissan's dedicated system lets them efficiently make proposals on vehicles and enhance customer service even while avoiding in-person contact.

The accelerating shift to digital spurs concerns about the future of brick-and-mortar dealerships in Japan.

Members of the Japan Automobile Dealers Association had 14,406 sales outlets in 2020, down nearly 20% from two decades earlier. The auto market itself is shrinking, while aging dealership owners, particularly in rural areas, cannot find successors. About 100 dealerships have been going bankrupt annually in recent years, with the 2020 tally coming to 106, according to Teikoku Databank.

Nissan Tokyo Sales Holdings is merging three units in the capital this July, with plans to shed jobs and tap digital technology.

Industrywide sea changes are also forcing dealers to adapt. Toyota Motor, with its sales threatened by the rise of car-sharing, has launched the Toyota Share service in hopes of creating a new source of income.