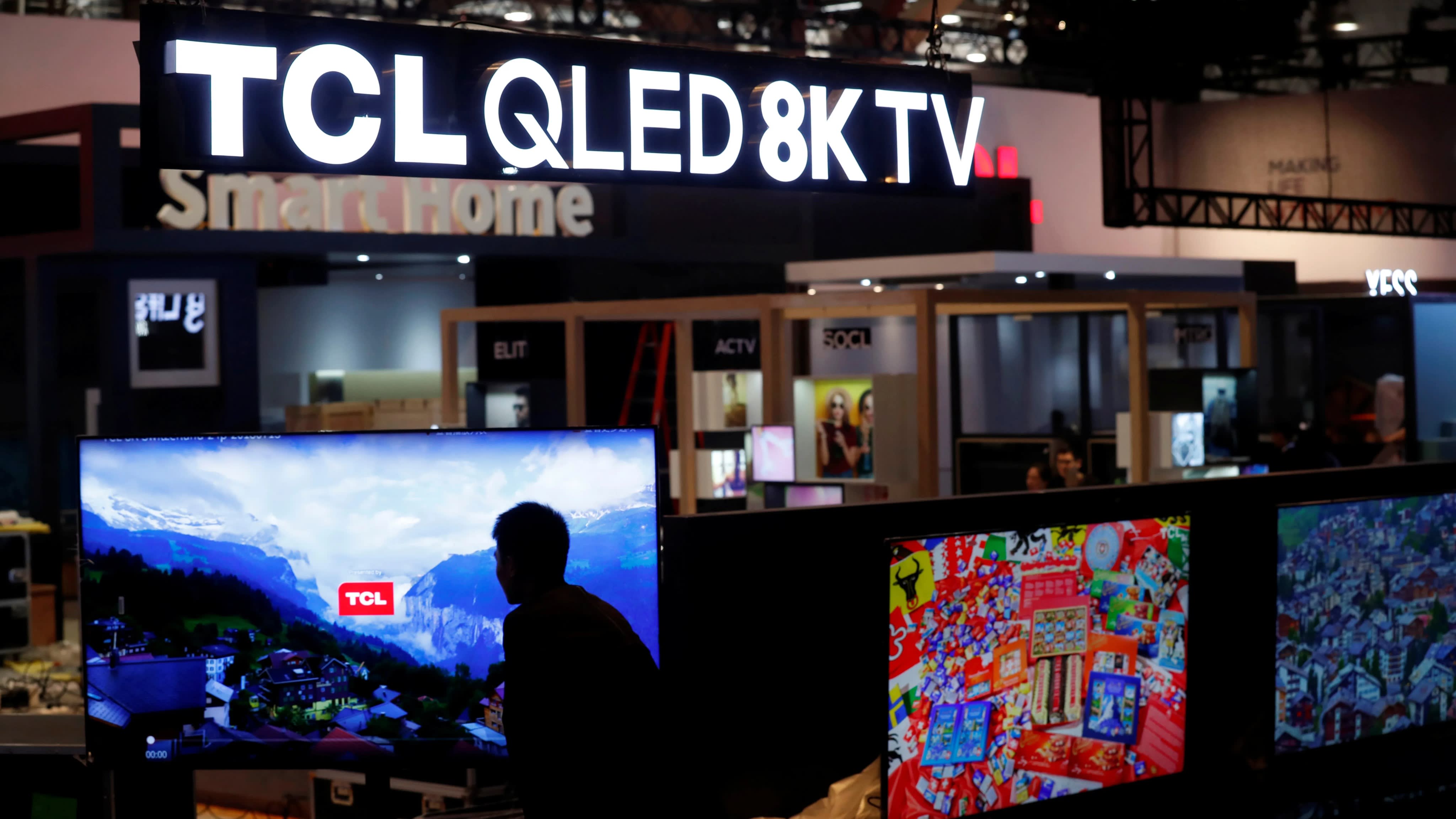 OSAKA/GUANGZHOU -- Chinese manufacturers will soon market their own 8K high-definition televisions, despite a dearth of content currently available for the next-generation technology.

Haier will put its 8K TVs on the market in China by the end of this year, then in Europe and other regions starting as early as next year. Hisense will also roll out 8K models in Europe as soon as next year, and TCL said it will launch its own offering that same year.

The players are attempting to gain an early foothold in a growing market. The market for 8K TVs worldwide will multiply to 8.26 million units in 2023, up from just 28,000 last year, according to the Japan Electronics and Information Technology Industries Association.

The Chinese TVs were featured at the IFA electronics expo held in Berlin through Wednesday. Haier unveiled its 75-inch product while Hisense showed off how the dual-layered LCD screens can produce rich contrasts and depth. The 8K TVs showcased by TCL utilize quantum dots, or nano-sized particles engineered to glow and emit certain colors. The quantum dots reproduce vivid imagery in 65-inch, 75-inch and 85-inch models.

However, 8K TVs accounted for less than 1% of all flat-panel TVs worldwide, and the ratio will only inch up to 3% in 2023. In contrast, the market for 4K TVs exceeded 90 million units last year, constituting nearly 40% of all TVs.

Limiting demand for 8K TVs is a lack of programming. In Japan, the public broadcaster NHK began airing 8K shows in 2018, but no TV network abroad has followed suit, according to NHK.

Sharp, the first company to release 8K TVs, is determined to help expand the market. The Osaka-based company debuted a small 8K video camera and a notebook computer that can edit footage. Sharp plans to sell the equipment to video production companies.

4K TVs started to take off after Netflix and other video distributors began to put out content in the high-definition standard. But Netflix says there are no plans at this stage to release 8K programming.

"We will immediately demonstrate that the technology to make [8K models] is available," said a representative at Chinese TV maker Konka Group.