Nobel laureate Yoshino created the rechargeable world we live in 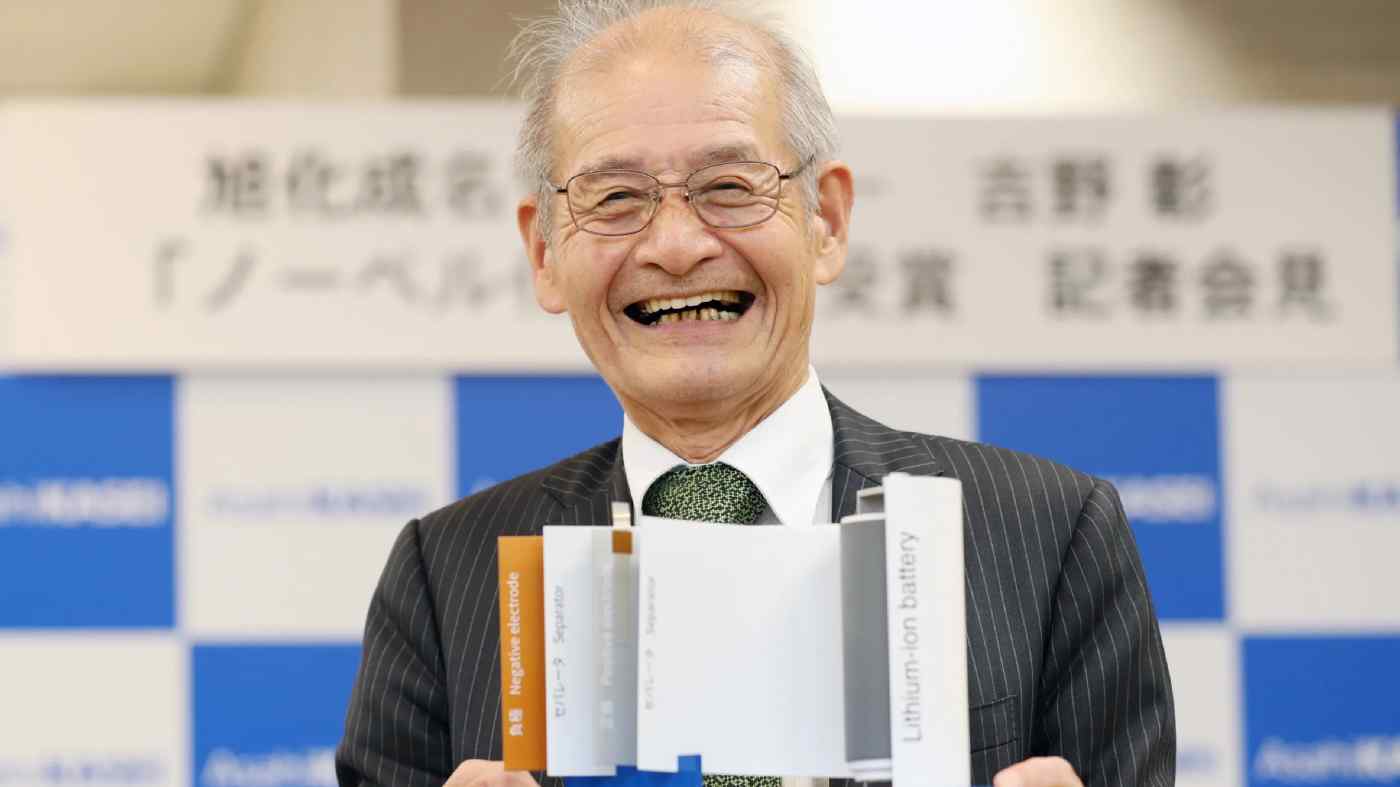 Akira Yoshino shows off a model of a lithium-ion battery, the innovation that won him this year's Nobel Prize in chemistry, during a news conference Oct. 9. (Photo by Kento Awashima)
Nikkei staff writersOctober 10, 2019 04:27 JST | Japan
CopyCopied

TOKYO -- Japanese researcher Akira Yoshino, one of the three 2019 Nobel Prize winners for chemistry, is known as the father of the lithium-ion battery, which powers smartphones, laptops and countless electronic devices today. Expected to command a $65 billion global market by 2022, the battery will now drive the growth of electric vehicles and other next-generation autos.

Yoshino, now an honorary fellow at Japanese chemical producer Asahi Kasei, was not a battery expert when he joined the company in 1972. He was among the 350 new hires that year, but was one of a handful of researchers with masters degrees.