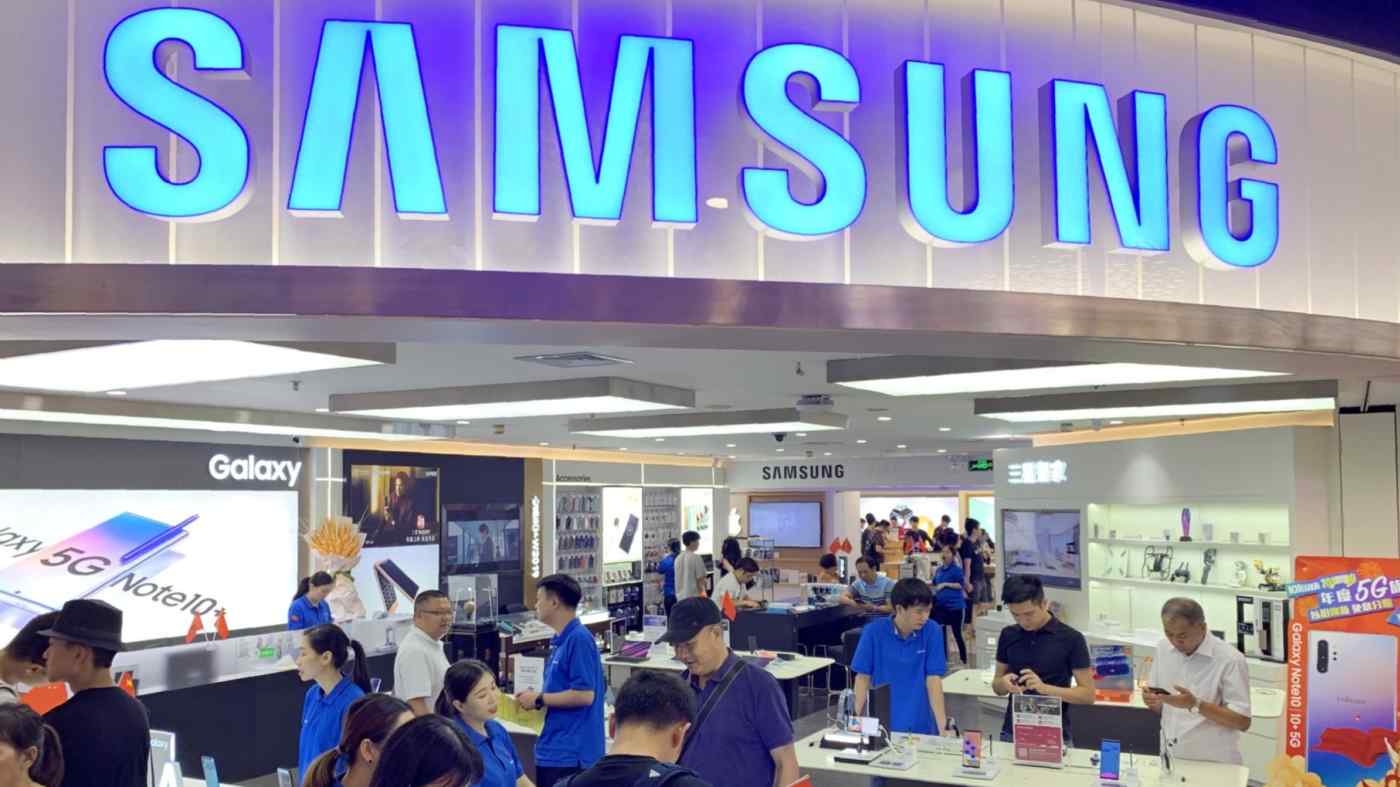 Samsung stepped up outsourcing development of its smartphones in the second half of 2019. (Photo by Yusuke Hinata)
HIDEAKI RYUGEN and KOTARO HOSOKAWA, Nikkei staff writersOctober 23, 2020 14:05 JST | China
CopyCopied

TOKYO/SEOUL -- Smartphone makers including Samsung Electronics have increasingly outsourced device development to maintain cost competitiveness, with these phones now making up more than a third of market.

Outsourced-developed smartphones accounted for 36% of global deliveries in the first half of the year, according to Hong Kong market research firm Counterpoint. The share is up 14 points from three years earlier.

The trend had been centered around smaller players, but has spread in the industry to such deep-pocketed heavyweights as Samsung. This activity puts into sharp relief the maturation of the smartphone market, mirroring that of flat-screen televisions.

Although this can help keep costs down and prices lower for consumers, smartphone makers risk losing the ability to set themselves apart by farming out design. The practice also is a boon for the outsourcing companies, most of which are concentrated in China.

Samsung once kept everything from design to production of its smartphones internal. That changed dramatically in the latter half of 2019 when the South Korean conglomerate started outsourcing at a large scale, according to a supplier. That now applies to 50 million units, or roughly 20% of the company's annual shipments.

Samsung says it made the move for certain models to respond to market needs, namely to efficiently put out a full lineup of smartphones while keeping prices down. Considering Samsung markets devices at various price ranges to match global markets, the company apparently determined that in-house development for all models would be unproductive.

It appears that Samsung outsourced development mainly for the Galaxy M series of phones, priced at less than $200, that is designed for India and other emerging markets. 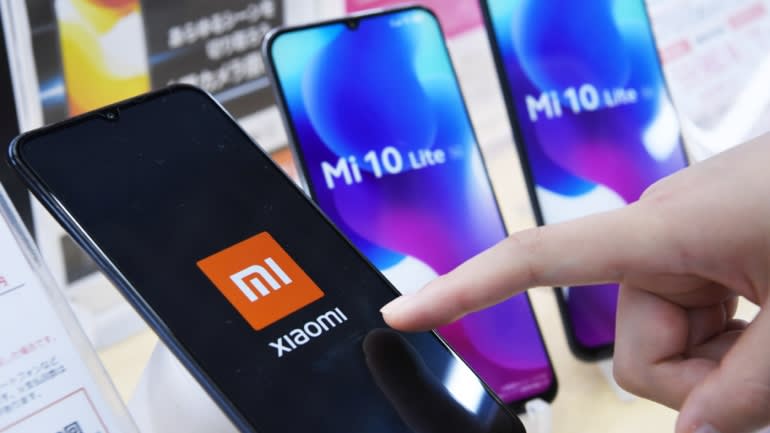 Although production of iPhones is completely outsourced, Apple keeps the design work in-house, including the specification of components. Prior to Samsung's entry into the outsourcing game, the practice was concentrated mainly in small and midsized competitors. China's Xiaomi for one outsources the entirety of its product development.

A driving factor is the commoditization of smartphones, according to Atsushi Osanai, a professor at Waseda University in Tokyo who is an expert in technology management. Smartphone makers have raced to outdo each other in display, cameras and other features to the extent that down-market devices have attained a considerable level of functionality.

Apart from a number of high-end models, the competitive focal point among smartphones is moving toward price.

Outsourcing allows manufacturers to curb development costs. Production costs go down as well through the application of common parts and low-cost design expertise from suppliers.

Most of these smartphones sell for $150 or less, according to Counterpoint. Global smartphone shipments have seemingly peaked out: about 570 million units have shipped in the first half, and the annual figure is set to undershoot 2019. But devices at those price points are crucial to developing emerging markets, where margin for growth remains.

Outsourcing contractors can be divided into design houses and original design manufacturers, or ODMs, which handle both the design and production portions of the process.

ODMs in particular have achieved growth. They take orders from clients in terms of outward appearances and specifications. The companies handle the phone's structural design and parts procurement, then deliver the final products that adopt the client's brand.

The top three outsourcing contractors are in China and command a combined share exceeding 70%. The leader, Shanghai-based Huaqin Technology, grew shipments more than 80% on the year in the first half of the year, thanks to the business it does with Samsung.

Last year, Huaqin raised over 1 billion yuan ($150 million at current rates) from venture capital groups, such as those belonging to Intel and Qualcomm from the U.S. Much of those proceeds were apparently directed toward capacity expansion.

Wingtech Technology, the second-leading outsourcing provider, was first established in 2006 as a design house. It made the transition to an ODM with the 2008 construction of its plant, and it attained growth by supplying Xiaomi.

Wingtech has expanded its repertoire to wireless earphones and other devices, putting it in position to attain even further growth, according to an analysis by China's Cinda Securities. Last year, Wingtech acquired Dutch semiconductor company Nexperia from a Chinese asset management firm.

The ODM model was established in the personal computer industry in the 1990s. Roughly 40% of TVs are made using the model, according to estimates.

Although it appears at first glance that ODMs will inevitably become the rule in the smartphones industry as well, the option does not easily allow for manufacturers to differentiate themselves.

This points to the need for smartphone companies to strike a balance between internal and outsourced development, but the lure of the up-and-coming device designers in China is apparent.

"They possess superior know-how in assembling low-cost components and designing smartphones," said a representative at a Japanese electronic parts maker that does business with Samsung and Chinese mobile phone manufacturer Oppo.