TAIPEI -- Taiwan's Pegatron, the world's second-largest contract manufacturer of electronics, plans to have new factories up and running in Indonesia and Vietnam by the end of the year.

The move is aimed at moving production away from the company's main plants in China, where operating costs have risen due to higher labor costs and the U.S.-China trade war, said Tung Tzu-hsien, Pegatron's chairman.

The company is among a growing number of Taiwanese manufacturers diversifying production away from China.

Pegatron makes a wide range of devices, including Apple iPhones, under contract. It is second only to fellow Taiwanese company Hon Hai Precision Industry, better known as Foxconn.

Tung told Nikkei that China "has not been an optimum manufacturing location since more than five years ago," adding, "When U.S. President Donald Trump threw a stone, diversification of production began like tumbling building blocks." 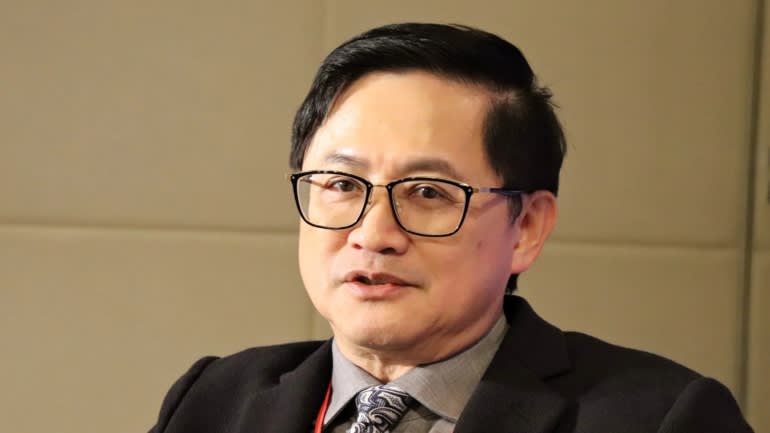 Pegatron Chairman Tung Tzu-hsien, in a recent interview with Nikkei, said China "has not been an optimum manufacturing location since more than five years ago." (Photo by Shuhei Yamada)

Along with plans to expand domestic production lines in response to Taiwanese President Tsai Ing-wen's policy of promoting local manufacturing, Pegatron aims to diversify its production, which is heavily concentrated in China.

Big smartphone makers in China and the U.S. are looking for contract manufacturers in India, where sales remain brisk, but Pegatron is not ready to seize that opportunity, Tung said. India "is an important option, but we haven't obtained consent from our customers."

Tsai, who has taken a hard line against China, was reelected on Jan. 11, but the vote has had little effect on Pegatron's business, Tung said.

Tung called on China, which continues to ratchet up economic pressure on Taiwan through restrictions on travel to the island, to "respect the outcome of the election and be more generous" toward Taiwanese companies.