Soccer-playing and rescue robot teams face off in annual world tournament, where it all began 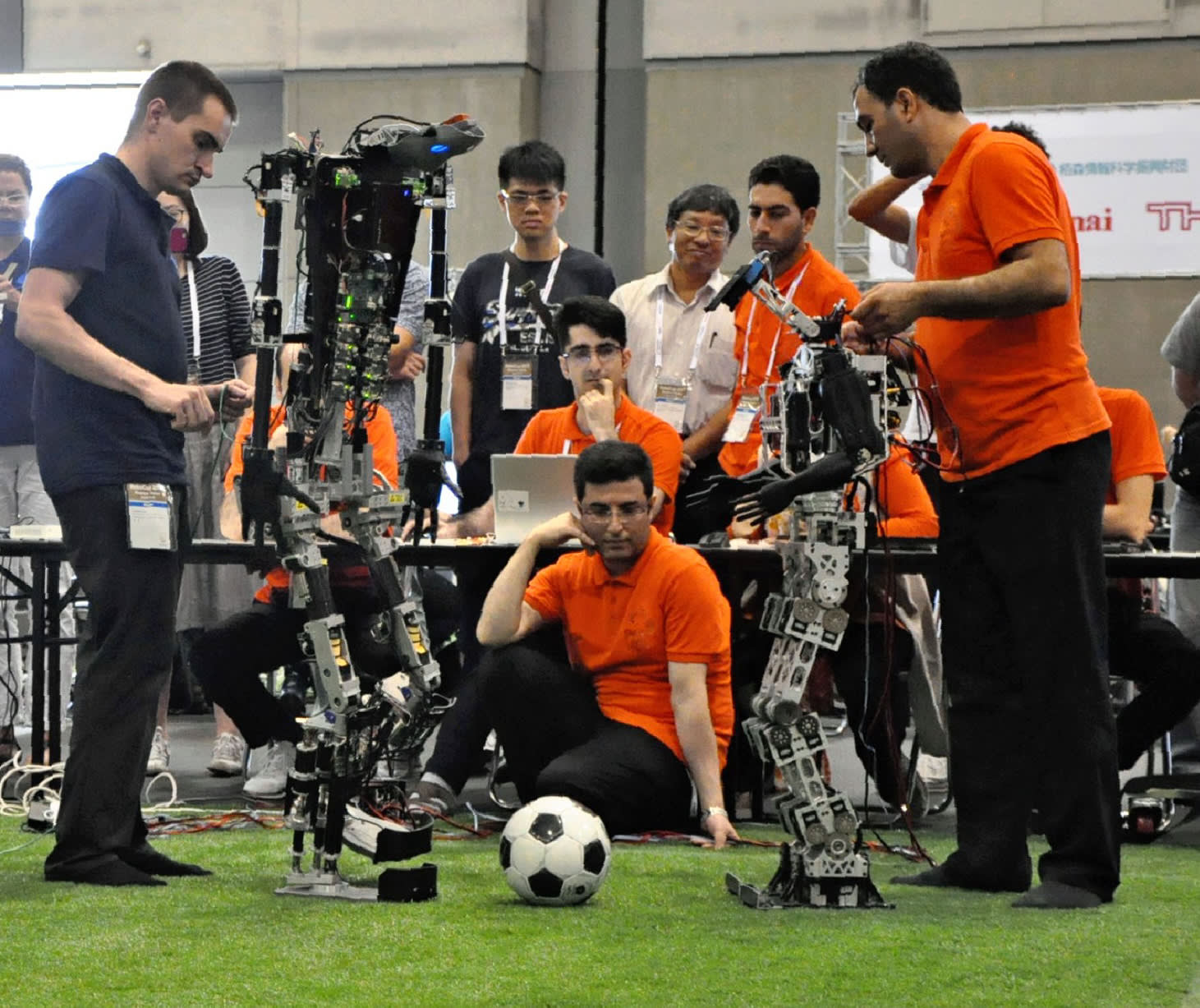 Teams hit the practice pitch before the competition was to begin.
July 27, 2017 07:10 JST | Japan
CopyCopied

NAGOYA -- Robots are converging here for the annual four-day RoboCup, a robot parallel to the humans-only World Cup of soccer, which kicks off Thursday.

The event, which has attracted soccer-playing and rescue robots from around the globe, will feature 388 teams from 40 different countries this year, and is expected to attract 100,000 human spectators. The opening ceremony for the 20th global RoboCup tournament was held Wednesday.

Nagoya hosted the first-ever RoboCup in 1997, and the event has since been held in 16 different nations. This year, the tournament added new competitions for artificial intelligence technologies for home use.

For its famed soccer matches, teams of humanoid robots, as well as wheeled robots, will play one another. The robots are fully autonomous and devise winning tactics using AI.

The Tokyo Polytechnic University, champion of this year's RoboCup Japan Open mid-sized league, will participate in the global tournament for the first time this year.