Sales at Apple and Huawei chipmaker TSMC power ahead on 5G 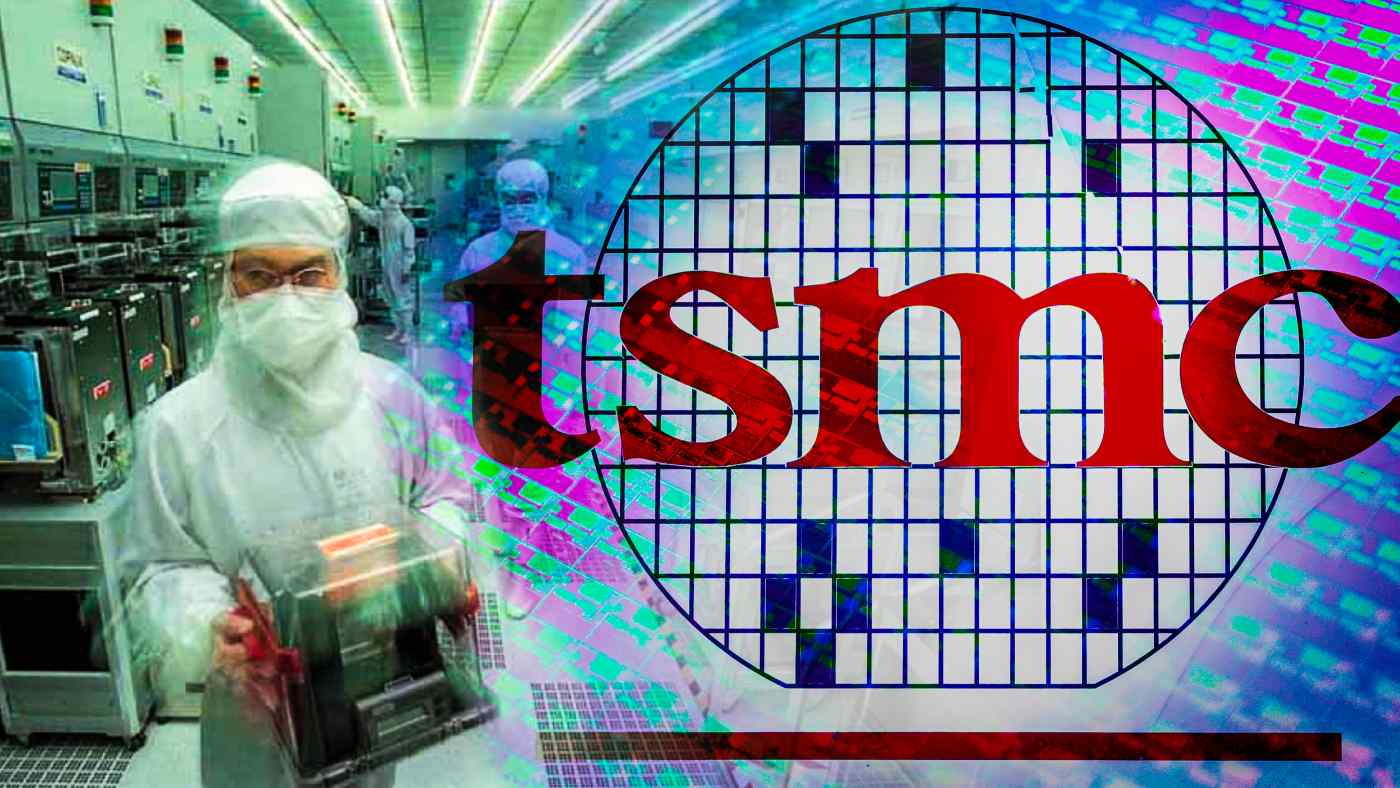 TSMC, the main computer chip supplier to Apple and China's Huawei, forecast rising sales in 2020 thanks to 5G, and said it was "prepared" for any new export controls on China's use of US technology. (Nikkei Montage/source photo by TSMC and Reuters)
CHENG TING-FANG, Nikkei staff writerJanuary 16, 2020 16:47 JST | Taiwan
CopyCopied

TAIPEI -- Taiwan Semiconductor Manufacturing, the world's biggest contract chip maker and the main chip supplier to Apple and Chinese telecoms giant Huawei, said on Thursday that it was "prepared" for any new restrictions on U.S. technology that Washington may place on its Chinese clients as it forecast a rise in sales for the coming year.

TSMC, which is a bellwether for the global tech industry, said that the rollout of high-speed 5G services and other high performance applications, such as artificial intelligence and self-driving cars, would continue to boost its sales, despite the heightened possibility that supply chains will decouple amid the rivalry between the U.S. and China for global tech supremacy.

"Whatever export controls are coming up we think 5G momentum will continue and the interruption will be very short term," Mark Liu, Chairman of TSMC, told investors and reporters in Taipei.

Liu added that the company was also: "prepared to deal with any [new] export control regulations...[which] we will carefully study and evaluate product by product…We have very sophisticated export control systems.”

For the first quarter of 2020, traditionally a slow season, TSMC forecast revenues of between $10.2 billion-$10.3 billion, a 44% rebound from last year when the tech industry suffered a steep slowdown due to uncertainties generated by the U.S.-China trade dispute.

The Taiwan based company, which has a larger market capitalization than U.S. chip maker Intel and has an over 50% share in the so-called contract chip business which makes components for other companies, also forecast an 8% recovery next year for the semiconductor market overall, excluding memory chips.

TSMC forecast that the foundry industry would grow 17% this year, and that it would outperform that by several percentage points. "It's all driven by 5G and AI applications," C.C. Wei, CEO of TSMC, said.

TSMC's confident forecast of sales growth comes despite widespread reports that Washington is preparing to tighten restrictions on the use of U.S. technology by China's biggest telecoms company Huawei -- and possibly even among some of Huawei's suppliers, such as TSMC.

TSMC, which gets more than 10% of its sales from Huawei, has been pressured by the U.S. to move production of some of its military-grade chips to the U.S, the Nikkei Asian Review reported this week. The company, which produces components that are used in U.S. F-35 fighter jets, declined to comment on Thursday.

“We are still evaluating and we have evaluated [U.S. production] for a while but not yet have any concrete plan,” Wendell Huang, company CFO said. “We will make a decision based on our customers’ need.”

Shares in the company, which are slightly up this year, have fallen over the past two days on fears about possible U.S. export controls. They fell 1.6% in Thursday trading.

"The big uncertainties that still haunt the outlook is whether U.S. could... cause disruption in the whole tech supply chain," Mark Li, a veteran semiconductor analyst at Bernstein Research, told the Nikkei Asian Review.

"We are still monitoring whether booming demand for 5G smartphones could land earlier than expected or if it will gradually fall into place a bit later. But we agree that the boom in demand will come either way."

To meet the forecast growth in demand, TSMC raised its planned capital spending to a record $15-16 billion for 2020, versus $14.9 billion last year.

TSMC serves as a barometer of global electronics demand as it supplies a wide range of chip developers worldwide, including Apple, Huawei Technologies, Qualcomm, Google, Nvidia, Qualcomm, Sony, and Advanced Micro Devices. It is also one of the largest buyers of semiconductor equipment.