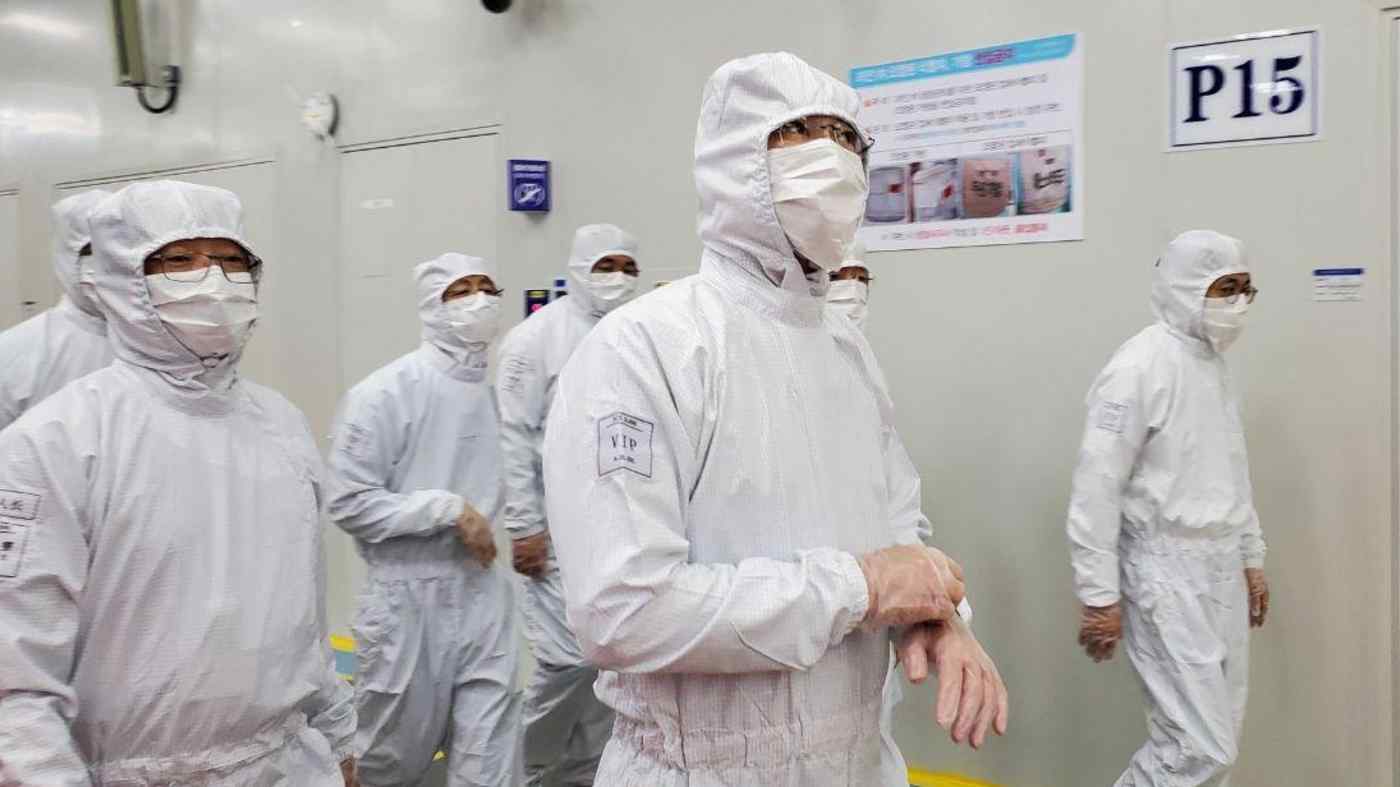 "There is no future if we are caught in the past or rest on our laurels," Lee said during his tour. "We should be prepared preemptively for the upcoming huge change to make new growth engines. We have no time. We should not lose the timing."

Lee's visit served as a belated opening ceremony for the plant, which began operations in March amid the coronavirus outbreak. But it also sends a message, analysts say, that Samsung is keen to boost cooperation in China even as tensions between Washington and Beijing grow.

"China matters to Samsung because it is the only place that Samsung has invested in since last year," said Lee Jong-wook, an analyst at Samsung Securities. "Vice Chairman Lee visited the country to check this. The company sells NAND chips produced there to customers in the U.S. as well as China."

Lee said that the memory chips are used in both servers and handsets, with customers including Amazon, Google and Apple.

Last Friday, Washington announced that it will restrict Huawei's ability to use American technology and software to design and manufacture its semiconductors. The U.S. Department of Commerce said it is targeting Huawei's acquisition of semiconductors, and will require companies using U.S. software and technology to obtain a license before selling chips to Huawei, China's biggest tech company.

The Xian plant, Samsung's second in the Chinese city, churns out advanced NAND memory chips, and the company is hoping to get operations there back to normal to help it take the lead in the post-coronavirus era, according to analysts.

"Samsung launched Xian's [second] factory this year, but it could not host an event due to the coronavirus. Lee may have thought that now is the time to go there," said CW Chung, a senior analyst at Nomura.

Chung said that the U.S. ban on Huawei is a double-edge sword for Samsung: on the one hand, it could help Samsung as it competes with Huawei in the global smartphone market, but it may also hurt its memory chip sales to the Chinese company.

"We believe Samsung Electronics will benefit in the smartphone market and offset the decline in semi [conductor] sales by supplying more to Samsung smartphones and other Chinese smartphone companies," said Chung.

Claire Kim, an analyst at Hana Financial Investment, sees even more potential benefits for Samsung if Huawei's relationship with Taiwan Semiconductor Manufacturing Co., a key supplier, is damaged. The Nikkei Asian Review reported on Monday that TSMC halted orders from Huawei to comply with the U.S. rules.

"Samsung Electronics can expand its market share as the second-largest foundry [company] if relations between Huawei and TSMC are apart," Kim said in a note, assuming that the South Korean company would replace TSMC as a Huawei supplier. "China's SMIC [Semiconductor Manufacturing International Corp.] has limited capability in 14nm process, paving the way for Samsung Electronics" to pull ahead.

Huawei has previously said that buying chips from Samsung is an option for avoiding U.S. pressure, though whether it will be able to do so under the new rules remains to be seen.

Shares of Samsung rose 3.07% on Tuesday, after climbing 2% the previous day, on the expectation that it could benefit from the U.S. crackdown on Huawei.