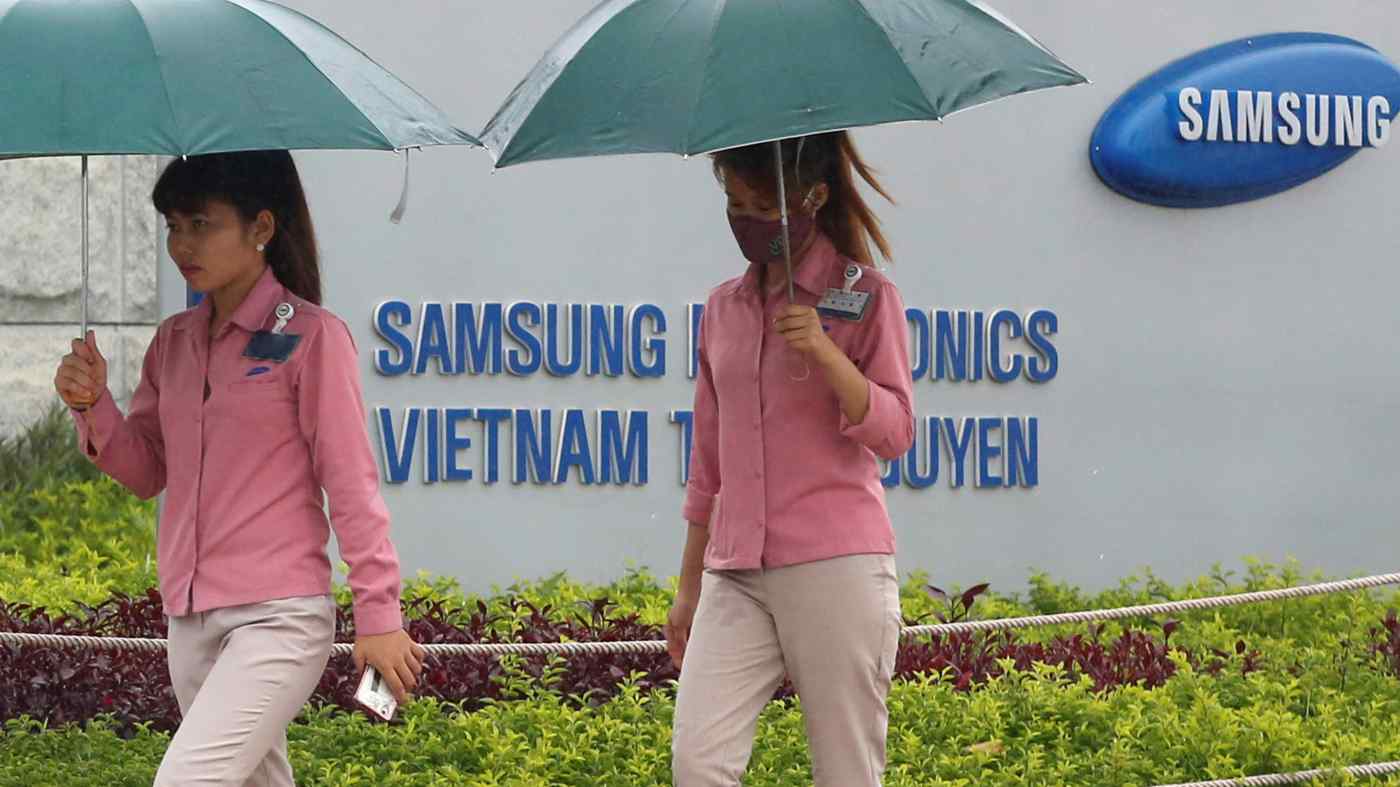 HO CHI MINH CITY -- Samsung has added $920 million to its investment in Vietnam, home to half its global smartphone output, to produce circuit boards, camera modules and other parts, according to a provincial government in the Southeast Asian country.

Thai Nguyen province said on Wednesday that it has granted Samsung Electro-Mechanics Vietnam a certificate to increase capital to a total of $2.27 billion, with the additional investment to be used to make mobile components including touch sensor modules, linear motors and lenses.