Sea under pressure to turn profit after COVID-driven growth 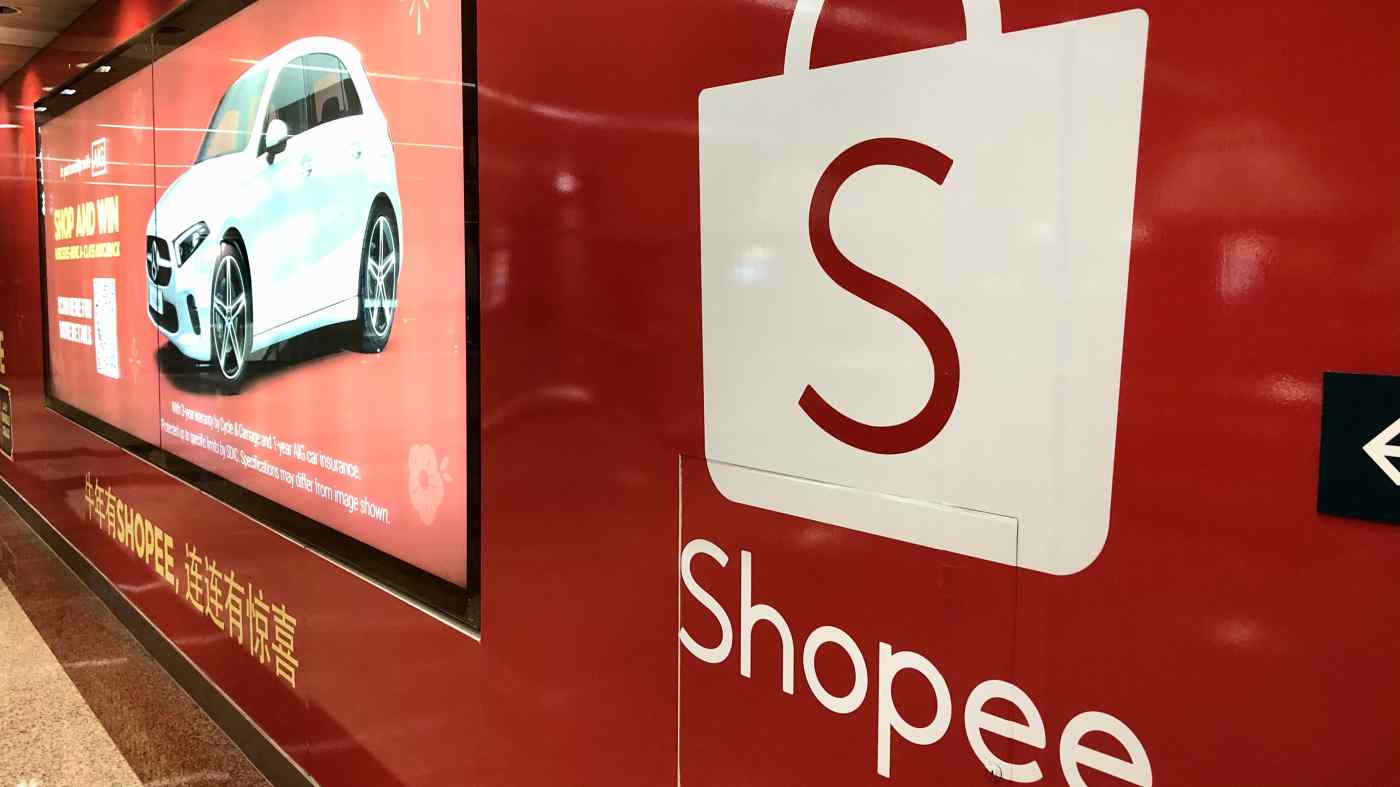 SINGAPORE -- Singapore-based online gaming and e-commerce group Sea is turning its focus to improving profitability after growing rapidly over the past year, thanks to strong demand due to COVID-induced stay-at-home rules and on the back of a marketing blitz.

The New York-listed company on Tuesday reported revenue of $4.37 billion for 2020, doubled from 2019 due to heavy demand for e-commerce and online gaming, and a net loss of $1.61 billion, widened from a $1.46 billion loss a year earlier because of massive spending to grab market share.

Sea unit Shopee grew rapidly amid the pandemic, becoming the most visited e-commerce site in six countries it operates in, according to quarterly data from online aggregator iPrice Group. In tandem with this growth, Sea aggressively expanded its digital payment business across the region.

Sea's e-commerce revenue soared by about 160% to $2.16 billion, but the operating loss for the segment also increased 27% to $1.44 billion, the financial statements show. For the digital finance segment, the loss swelled more than four times to $520 million, while segment revenue stood at only $60 million.

But Sea's strong gaming business reported revenue of $2.01 billion, up 77% from the previous year, and operating profit of $1.01 billion, up 92%, thanks to its popular smartphone game Free Fire.

"2020 was a landmark year for Sea," Sea Group CEO Forrest Li said during a teleconference Tuesday, noting that his company "successfully [addressed] the fast-growing and fast-evolving demand from our users for Sea's products and services." He predicted that e-commerce revenue would double again for the current year to between $4.5 billion and $4.7 billion.

A rare Southeast Asian tech company listed in the U.S., Sea drew much attention from the stock market last year despite massive losses. Growth-loving investors who saw potential in the region's tech industry flocked to Sea, many of them believing it has the potential to become the Alibaba Group Holding or Tencent Holdings of Southeast Asia in the future.

Sea's share price rose more than fivefold throughout 2020, becoming the biggest gainer among Asia's major listed companies. The company was valued at $126 billion as of Monday. This compares to Sony's $134 billion and Uber Technologies' $100 billion market capitalizations.

Over the past week, however, as rising bond interest rates dragged down high-flying stocks, Sea's shares dropped over 10% from their peak on Feb. 19.

On Tuesday, Sea also announced it will establish an investment arm called Sea Capital and allocate an initial $1 billion for the group's new investments over the next few years.

"Sea Capital will focus on identifying, partnering with and investing in technology companies that share our vision of bettering the lives of consumers and small businesses through technology," Li said.

Meanwhile, one focus for the company in 2021 and beyond will be how to forge a path to profitability. Since its 2017 listing, the company has not reported a profit. 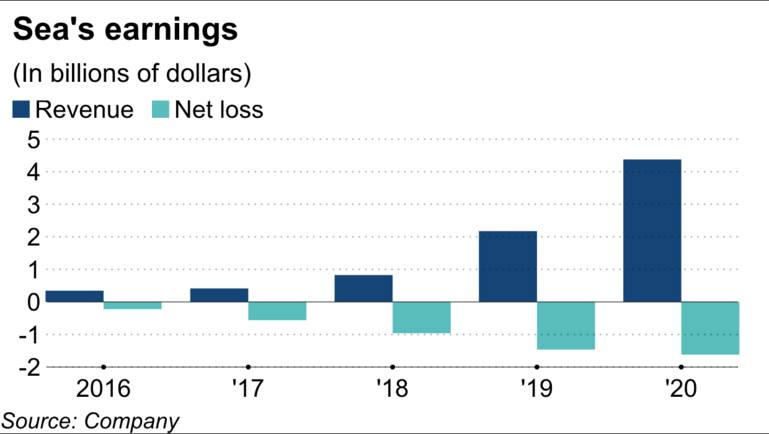 Sea is paving the way for the monetization of more loss-making businesses. According to a January report from Singapore's DBS Group Holdings, the company at the end of the third quarter of 2020 raised the commission fee it charges sellers on its e-commerce platform in some markets.

That move was "to improve monetization," wrote DBS analyst Sachin Mittal, noting that income from commissions account for the bulk of Shopee's revenues. In Vietnam, for example, commission rates were raised to a range of 3% to 5%, depending on the product, from a previous range of 1% to 2%, according to the report.

For its finance business, the company last year won a digital banking license in Singapore. It also acquired small Indonesian lender Bank Kesejahteraan Ekonomi, otherwise known as Bank BKE. Such moves into lending will help it to bring in revenues.

But improving profitability may be tricky in highly competitive Southeast Asia. Indonesian unicorns Gojek and Tokopedia are in merger talks that would create a formidable tech group if successful. Singapore's super app Grab, which also won a Singapore digital bank license, is going to be a competitor in the finance space.

JPMorgan analysts pointed out in a February report that competition for market share could put Shopee's growth and monetization plans at risk. "As Shopee has begun monetizing its platform across its market and scaling back shipping subsidies, we expect the take rate to increase and Sea's cash burn to decrease. Renewed competition could put both these expectations at risk."

In an interview with Nikkei Asia last year, Li downplayed such worries by saying the company "[did not] want to compromise our growth potential" and that it "can be profitable by any time" simply by cutting marketing expenditure.