Secondhand market Mercari links with Alibaba to sell in China Mercari will list part of its secondhand items on Taobao, one of China's biggest e-commerce sites, and Xianyu, the leading Chinese flea market platform with over 90 million monthly users, the Japanese company said.

When an order is placed through these Alibaba group platforms, an e-commerce startup called Beenos will buy the items from Mercari as a proxy, then ship them to the actual customers.

Tokyo-listed Mercari, which saw a growth opportunity in a Japanese trend to declutter, began selling products in roughly 100 countries in 2019. The company is trying to build an ecosystem around its app and its related mobile payment service Merpay.

It partnered last year with Sea Group-owned Shopee, one of the biggest e-commerce platforms in Taiwan and Southeast Asia, to sell products in Taiwan. 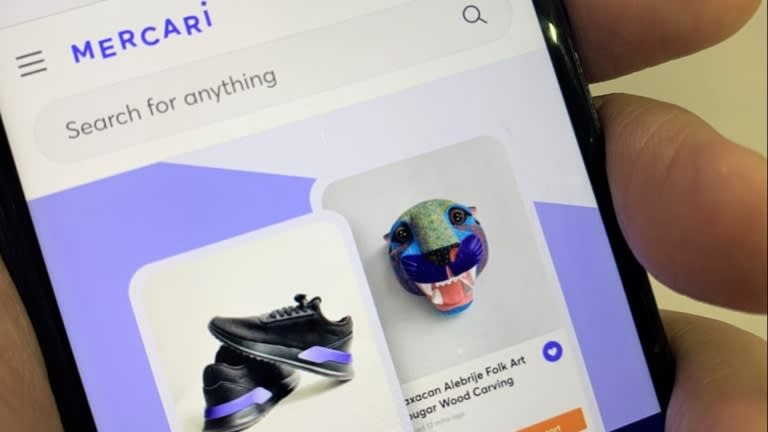 Mercari has been expanding its international presence, including in markets like the U.S. (Photo by Toru Hadano)

Popular items there are said to include CDs and pop star merchandise, though Mercari has not disclosed its total sales on the island.

Other companies also have made inroads into cross-border e-commerce in Asia. Yahoo Japan worked with Alibaba to help Japanese businesses enter the Chinese market, while Rakuten sells products from Japanese brands and manufacturers on JD.com and other platforms overseas.

The global market for cross-border e-commerce totaled $912.3 billion in 2019, according to Japan's Ministry of Economy, Trade and Industry. The figure is projected to grow roughly 27% a year on average until 2027.