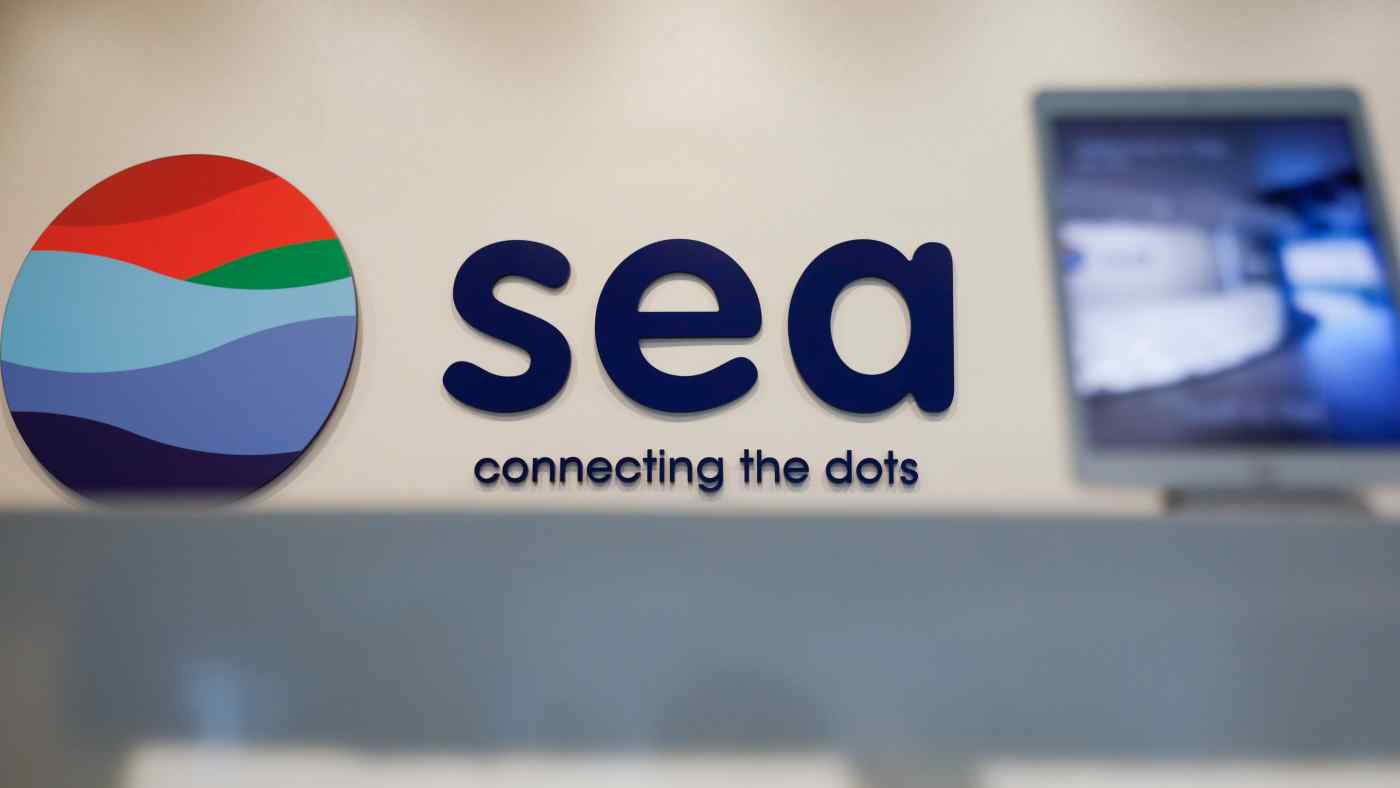 TOKYO -- Singapore-based tech group Sea said on Tuesday that inflation and rising interest rates could pose "uncertainties" to its e-commerce business, as consumers return to offline stores following the easing of COVID-19 restrictions.

The New York-listed online gaming and e-commerce company reported a net loss of $580 million for the January-March quarter, widening from $422 million in the year-ago quarter as it continued to spend aggressively on marketing.

Group revenue was $2.89 billion, up 64% on the year, thanks to top-line growth across all its business lines.

Sea's results come as tech stocks that grew during the pandemic give up their gains worldwide with economies reopening. Sea is no exception. The sell-off has wiped away around 80% its market value from its peak in October last year.

Inflation and recession fears in the region could complicate the loss-making company's path to profitability by weakening spending.

"Current microtrends and uncertainties could affect our region and the world in the near to mid-term," Chairman and CEO Forrest Li said in a conference call.

The tech group enjoyed a boom during the pandemic as many gamers and shoppers turned to its digital services. Sales last year more than doubled as shoppers used its e-commerce business Shopee.

Sea's strong growth came on the back of big outlays for marketing and rewards to win a larger market share in Southeast Asia, where rivals like GoTo -- a merger between Tokopedia and Gojek -- compete for users. It also expanded its e-commerce business to Latin America and Europe during the pandemic.

Since the October-December quarter, however, Sea has lost steam in online sales and engagements as more Asian economies emerge from the pandemic. For the first three months of 2022, quarterly active users in online gaming were down to 615.9 million, falling for the second consecutive quarter.

In March, Sea forecast revenue for digital entertainment to be between $2.9 billion and $3.1 billion for all of 2022, down from $4.3 billion last year. Sales growth of its e-commerce business was expected to halve to around 76% this year from 2021.

Since then, inflationary pressure has strengthened in Singapore and neighboring Southeast Asian countries.

As Sea faces a weaker growth outlook, it is refocusing expansion on core markets in Southeast Asia, Taiwan and Brazil. In March, Sea exited its e-commerce business in India "in view of global market uncertainties," following a withdrawal from France. Both were markets that the company entered only in October.

Competition is set to rise in the region after GoTo went public in April. "We always take competition very seriously," Wang said. "We don't see it as a zero-sum game. We see it as a marathon, whereby our success is dependent on our ability to execute."

Sea said it is "well on track" for the e-commerce business to achieve positive adjusted EBITDA [earnings before interest, taxes, depreciation and amortization] before headquarters costs allocation in Southeast Asia and Taiwan.