SoftBank faces a $130bn question: Is the worst over? 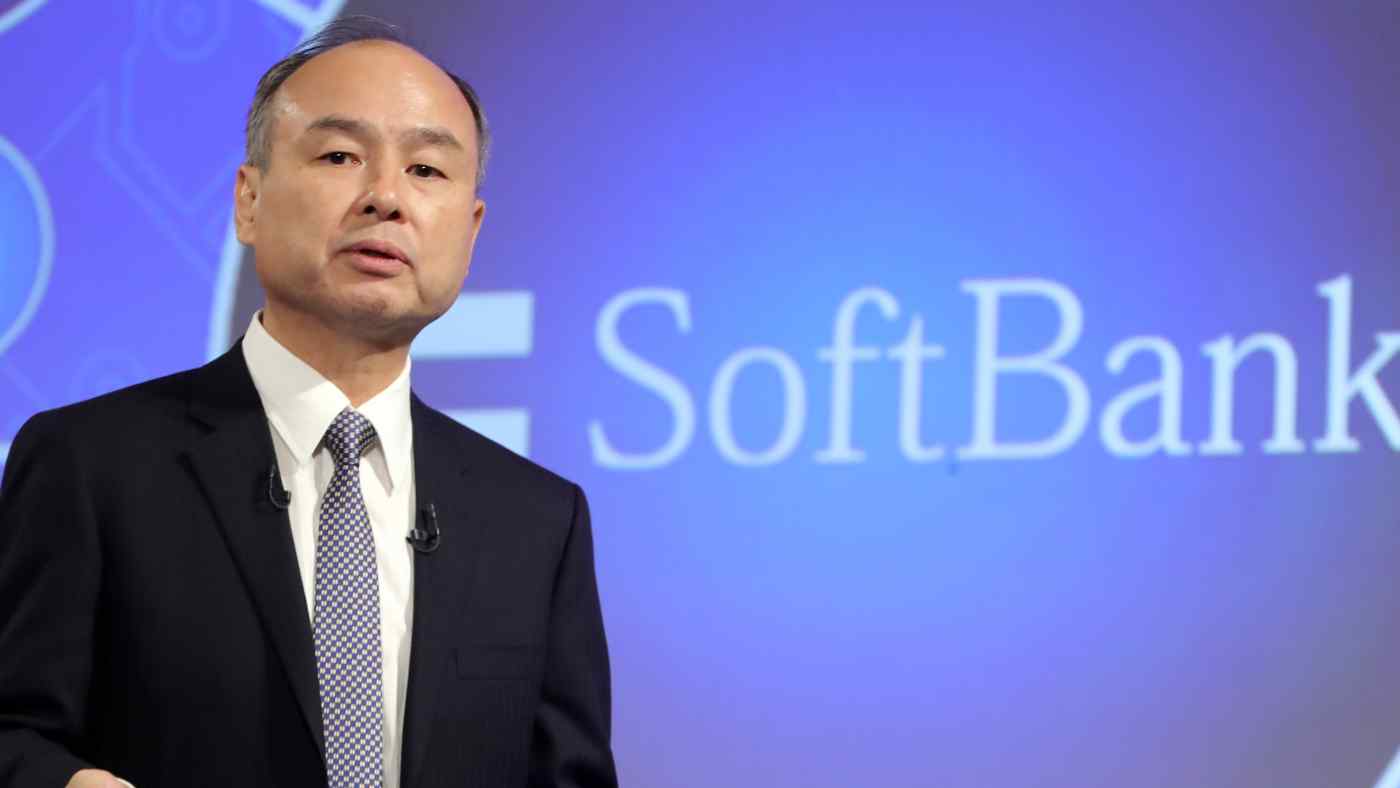 SoftBank CEO Masayoshi Son will present the company's second-quarter earnings on Wednesday, after the group has had to face a series of problems among its more high-profile investments, particularly WeWork.
WATARU SUZUKI and JADA NAGUMO, Nikkei staff writersNovember 4, 2019 18:00 JST | Japan
CopyCopied

TOKYO -- Last week, Masayoshi Son addressed a nearly empty room at a conference in Saudi Arabia. By contrast, when the CEO of SoftBank Group presents his company's earnings in Tokyo this week he will face a barrage of questions. One may even be: Was it all worth it?

It was almost exactly a year ago that Son floated SoftBank's mobile unit in Japan's biggest-ever stock market listing. Son used the placement, which raised 2.6 trillion yen ($23 billion), to pay down debt, buy back shares -- and fund high-tech bets by his Saudi Arabia-backed $100 billion Vision Fund.

This process, Son said, would help end what he claimed was a punitive 12 trillion yen ($111 billion) valuation discount that investors applied to the company. Since then, however, some of Son's highest-profile investments, such as WeWork and Uber, have soured and the company's discount to its net asset value may have widened even further -- to $130 billion.

The recent collapse in tech valuations is largely why the Japanese group is expected on Wednesday to post a 408 billion yen loss for the second quarter, according to consensus estimates. It is also why SoftBank's share price, after surging in the first half of the year, has fallen back to where it was 12 months ago.

"It cannot be helped that SoftBank's [WeWork] investment is seen as a failure," said Mitsunobu Tsuruo, analyst at Citigroup Global Markets Japan. "Investors are worried whether [it] will be the last negative material to affect SoftBank and its shares."

"We believe that unless the WeWork episode is resolved, SoftBank improves disclosure and clarifies its strategy, there is no solid anchor" to its net asset value, said Atul Goyal, analyst at Jefferies Securities.

Judging by Son's speech in Riyadh, however, that clarity may not come soon. Son reiterated his intention to double down on so-called unicorns, or unquoted companies that are worth $1 billion or more.

"We identify the entrepreneurs who have the greatest vision to solve the unsolvable," he said. "They need to have [the] strongest passion. And then we provide the cash to fight." 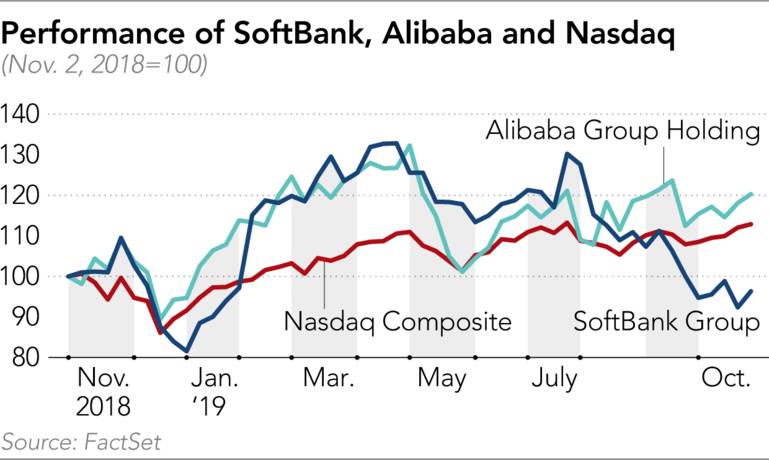 Such fighting talk stands in stark contrast to some investors, such as the billionaire investor Bill Ackman, who said last week that WeWork may be worth zero and SoftBank "should have walked away" instead of providing it with a $9.5 billion bailout.

It is also partly why SoftBank's conglomerate discount has widened. A look at its balance sheet shows by how much.

Take the group's net debt figure of $45 billion (which excludes 10 trillion yen of debt held in subsidiaries and is the figure that Son prefers to use), add that to SoftBank's market capitalization of $81 billion, and its enterprise value is $126 billion. This is essentially the all-in cost of buying the company.

Against that, however, SoftBank has around $191 billion of quoted assets on its balance sheet, the largest of which is a 26% stake in Alibaba Group Holding, the Chinese e-commerce giant. It also owns U.K. chip designer Arm, which SoftBank has on its books at $25 billion, and another $8 billion of assorted assets it classifies as "others." Add it all up, and SoftBank owns around $224 billion of assets.

In addition, however, there are over 80 tech companies in the Vision Fund -- such as ride-hailing giants Didi Chuxing and Grab, Indian hotel startup Oyo, and Chinese social media company ByteDance. SoftBank estimates its one-third share of these are worth $32 billion.

Add all these assets together and the total comes to $256 billion -- or $130 billion more than the company is worth on the market. This is the "conglomerate discount," and it appears to have widened since Son railed about it in the past.

The WeWork fiasco may have turned investor sentiment against SoftBank for now. Yet the group has surprised naysayers before.

When the stock price of U.S. chipmaker Nvidia tumbled in late 2018, SoftBank used derivatives to limit the losses of its position, which was then sold at a handsome profit.

"We think the impact of this [WeWork] event is now priced in and expect the shares to rebound," SMBC Nikko Securities wrote in an Oct. 25 report.

A successful IPO would certainly help, after WeWork's failed share float. ByteDance, the owner of social media app TikTok, which was valued at $75 billion in an October 2018 fundraising led by SoftBank, is reportedly considering a listing in Hong Kong.

Rajeev Misra, who oversees the Vision Fund, described TikTok at the Saudi conference last week as a company that is "disrupting the entire content industry." But then, the same was said recently about WeWork, too.

SoftBank's biggest boost, though, would come if it secured further backing by Saudi Arabia's sovereign wealth fund, which committed $45 billion to the first Vision Fund.

Son described his relationship with Saudi Arabia as "friendly" in July. However, the empty seats at the Riyadh auditorium that Son addressed last week have not raised great hopes that he will get another $45 billion soon.