TOKYO -- Sony on Tuesday rejected calls by U.S. activist investor Daniel Loeb to spin off its chip business, arguing that it is a "crucial growth driver" for the Japanese electronics and entertainment company.

Sony, in which Loeb has amassed a $1.5 billion stake, equivalent to almost 2% of the company, wrote in a letter to shareholders that retaining the chips business was the "best strategy for enhancing Sony's corporate value over the long term."

Sony's share price has risen 20% since June when Loeb first made public his demands that the company redeploy cash from its camera and television businesses and focus on becoming a pure entertainment company. Loeb, who runs U.S.-based hedge fund Third Point and has a track record of shaking up company boards, has called Sony's chip business its "crown jewel."

One driver of the growing pressure on the company to spin off its chips business is the growing popularity of smartphones that use multiple cameras. Sony's chip unit, which centers on its flagship CMOS image sensor manufacturing operations, dominates the global market for image sensors that are used in their cameras.

China's Huawei Technologies has had "three-eyed" smartphones on the market since 2018. Apple has recently followed suit. Research specialist IHS Markit predicts the share of smartphones with three or more cameras -- such as a standard lens, a telephoto lens and a wide angle -- will rise to 15% by 2022, up from 1.2% in 2018.

Further growth is also likely from the sensors' use in self-driving cars. In this segment, Sony currently trails rivals such as U.S.-based ON Semiconductor. 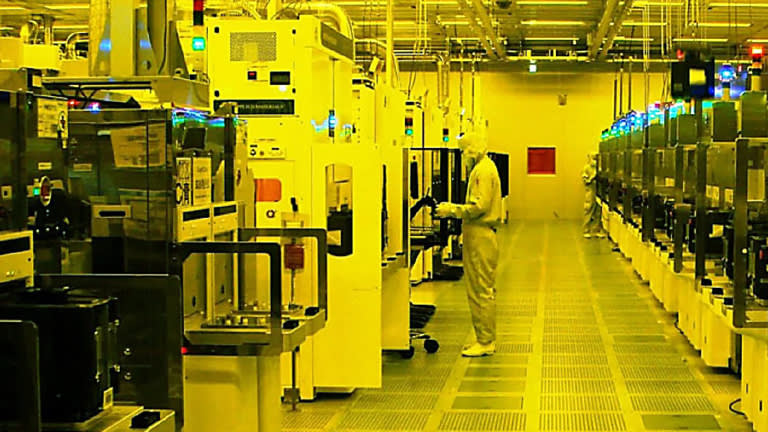 The Kumamoto Technology Center, a unit of Sony that manufactures image sensors, is a cash cow for the electronics company. But activist fund Third Point was pushing for it to be spun off.

The sensors are made at Sony's Kumamoto Technology Center, in southwestern Japan, where semiconductor wafers are drawn into machinery under yellow lighting designed to prevent damage to the delicate sensors. The plant suspended operations after the 2016 Kumamoto Earthquake, but once it restarted, "it has continued to produce at full capacity," said its head, Yukihide Keigo.

Sony's CMOS image sensor business is a cash cow that controls more than 50% of the market. If Sony's semiconductor business were spun off and listed, Third Point estimates it would have an enterprise value of between 3 trillion yen ($27.8 billion) and 4 trillion yen.

But in its letter to shareholders, Sony said the board had "unanimously agreed" after an "extensive analysis of Third Point's recommendations" to reject Loeb's demands. In July, Hiroki Totoki, Sony's chief financial officer, said that "there is no room for doubt about synergies" between the company's semiconductor business and its other operations.

Sony operates in businesses ranging from electronics to entertainment, such as Spotify, and finance. According to Third Point, the valuation of Sony shares is lower than the median valuation of global chipmakers.

Third Point calculated the valuations of these companies' shares by dividing their enterprise value -- defined as market capitalization plus net debt -- by their estimated earnings before interest and taxes (EBIT) for fiscal 2020.

The median valuation of 12 companies, including U.S.-based Texas Instruments, compatriot Qualcomm, and Taiwan Semiconductor Manufacturing Co., was around 13 times EBIT. The valuation of Sony was only eight. However, on Tuesday Sony argued that the company as a whole has delivered greater shareholder returns than the broader U.S. and Japanese stock market over the past four years.

Despite Sony's rejection of Loeb's call for a chip spinoff, his activism has had some results. Sony announced on Aug. 29 that it would sell its stake in camera marker Olympus to "optimize its portfolio of stock holdings." Nonetheless, Sony's conglomerate discount continues to linger, meaning the issue of what to do with its chip business is likely to continue to smolder, analysts and investors say.