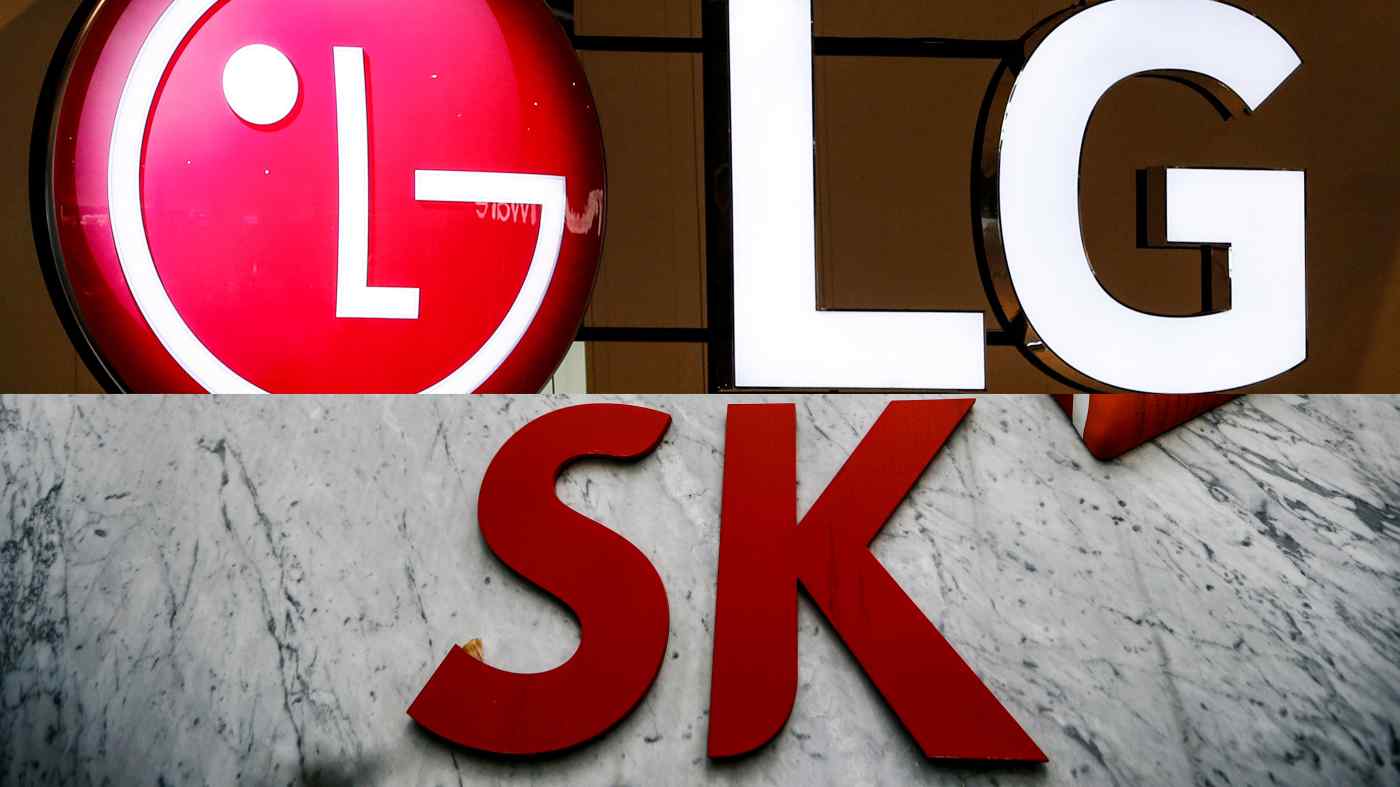 SEOUL -- South Korea's LG Energy Solution and SK Innovation reached a last-minute $1.8 billion settlement over the weekend to end their two-year legal dispute over electric vehicle batteries in the U.S.

Here are five things to know about the deal, announced Sunday, and its impact on the Biden administration's clean energy policy and the fast-growing EV battery industry.

What was the dispute about?

The ITC provided SK with a four-year grace period to continue producing EV batteries for Ford Motor's EV F-150 program and a two-year permit for Volkswagen America's EV platform line to allow the automakers to transition to new suppliers.

But the ruling dealt a huge blow to SK and its plans to invest $2.6 billion in the state of Georgia to expand its production lines in the country to cope with rising demand from automakers.

How did fierce rivals LG and SK come to terms?

The February ITC ruling came attached with a 60-day period during which President Joe Biden could overrule it. But as a Sunday deadline approached, there were no signs of any resolution amid intense behind-the-scenes lobbying by both sides in the dispute. In their joint statement announcing the agreement, the two companies cited the Biden administration's battery supply and clean energy policy as a key reason for the settlement, hinting at U.S. pressure to come to terms.

"We have decided to settle and to compete in an amicable way, all for the future of the U.S. and South Korean electric vehicle battery industries," Kim Jong-hyun, CEO of LG Energy Solution, and SK Innovation CEO Kim Jun said in the statement. "In particular, we will work together to strengthen an EV battery domestic supply chain and support the U.S. Biden administration's effort to advance green energy policies and environmental responsibility."

The U.S. stake in a positive outcome -- and acknowledgment that it pushed hard for a deal -- could be seen in a statement Biden issued, welcoming the development as "a win for American workers and the American auto industry." Biden -- who is keen to create jobs in an economy still reeling from the effects of the coronavirus pandemic -- singled out U.S. Trade Representative Katherine Tai "for her tireless work to resolve this dispute and facilitate a settlement."

South Korean President Moon Jae-in also praised the deal, calling the resolution good for both his country's national interest as well as being a long-term positive for the two companies.

Investors, for their part, seem to see SK Innovation as the clear initial winner from the deal, sending the company's shares soaring more than 18% in South Korean stock market trading Monday, before easing to close 12% higher than Friday's finish. LG Chem, the parent of unlisted LG Energy Solution, rose just 0.62%.

Analysts, however, took a more balanced view, saying both companies stand to benefit as LG Energy earns cash in the form of the $1.8 billion payment from SK Innovation to cover losses from recalls of its EV batteries by Hyundai Motor, while SK can continue its U.S. business and expansion plans.

Will the deal help Biden in his push to include clean energy in U.S. economic policy?

The U.S. president is certainly counting on it.

Unlike previous President Donald Trump, Biden is making the environment a big part of his economic growth plans. In his statement, he emphasized that having electric vehicles and their batteries built in the U.S. is a key element of his Build Back Better program to boost the world's largest economy.

"We need a strong, diversified and resilient U.S.-based electric vehicle battery supply chain, so we can supply the growing global demand for these vehicles and components -- creating good-paying jobs here at home, and laying the groundwork for the jobs of tomorrow," he said.

As part of his agenda for creating American jobs, Biden two weeks ago proposed a $174 billion investment to win the EV market, including giving consumers point of sale rebates and tax incentives to buy American-made electric cars.

How is the agreement likely to impact the broader EV battery market?

Analysts say that the deal will help South Korean battery makers maintain their share in the U.S. market, giving them an edge over Chinese rivals. Globally, China's CATL leads the EV market with a 31.7% share on the back of its strong home market, followed by LG Energy at 19.2% and Japan's Panasonic with 17.2%, according to SNE Research.

"With the agreement, [South] Korean battery makers established a strong base to grow with EV makers in the U.S. market," Han Byung-hwa, an analyst at Eugene Investment & Securities, said in a report. "Chinese makers cannot access the U.S. market, while European players are focusing on new factories in the region. So, the U.S. market may give priority to [South] Korean makers at least until 2025."