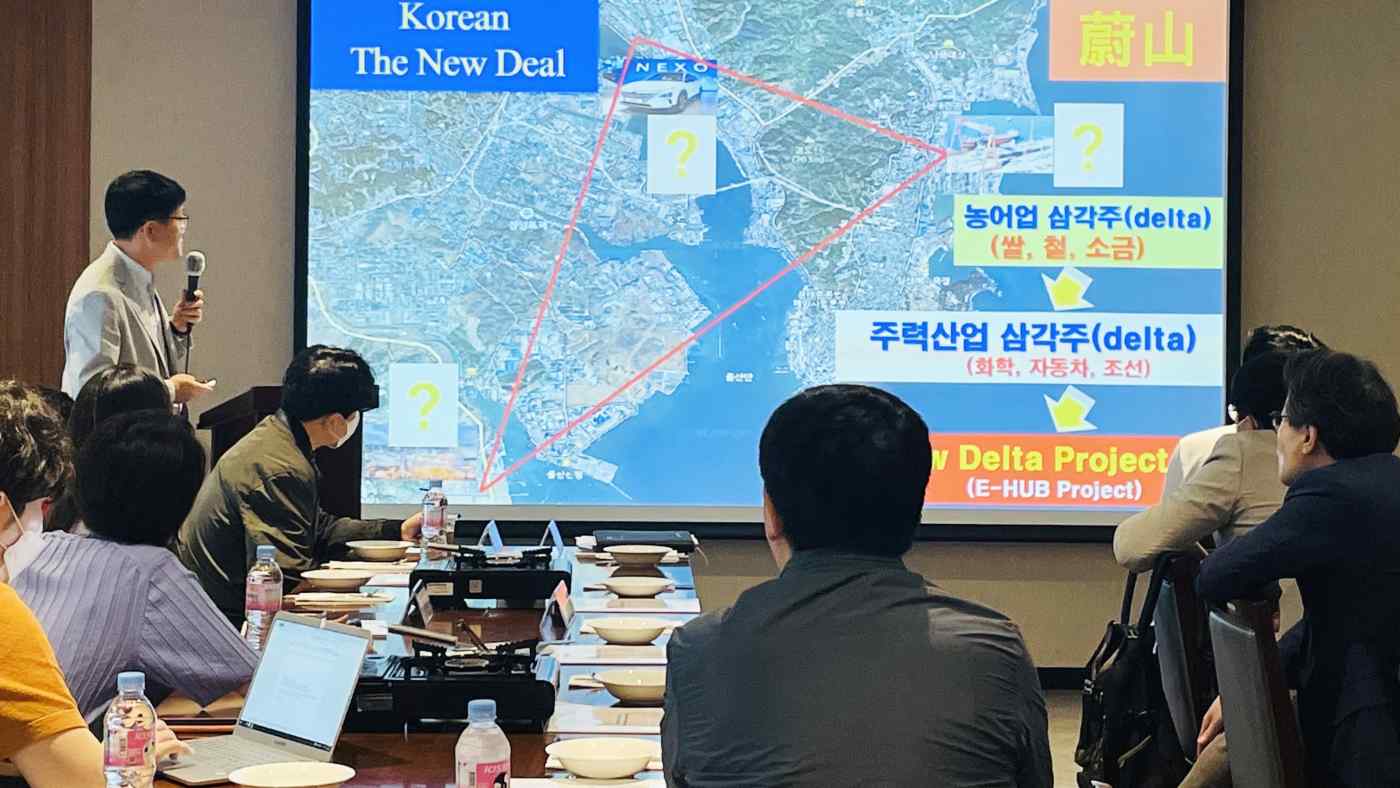 ULSAN, South Korea -- Long a major shipbuilding and petrochemical center, the brawny industrial hub of Ulsan has become a sandbox of experimentation for the next stage of South Korea's development -- transforming its economy from one based on fossil fuels to hydrogen.

The city's Jangsaengpo port, once a major whaling center, looks typical except for two anchored hydrogen-fueled vessels and a charging station that services them. The boats -- named Hydrogenia and Bluebird -- can sail up to eight hours on a 40-minute charge, according to H2Korea, a joint entity between the government and private sector. After more than 2,000 hydrogen fuel cell cars hit the streets of the metropolis earlier this year, boats are the next vehicles to go green.