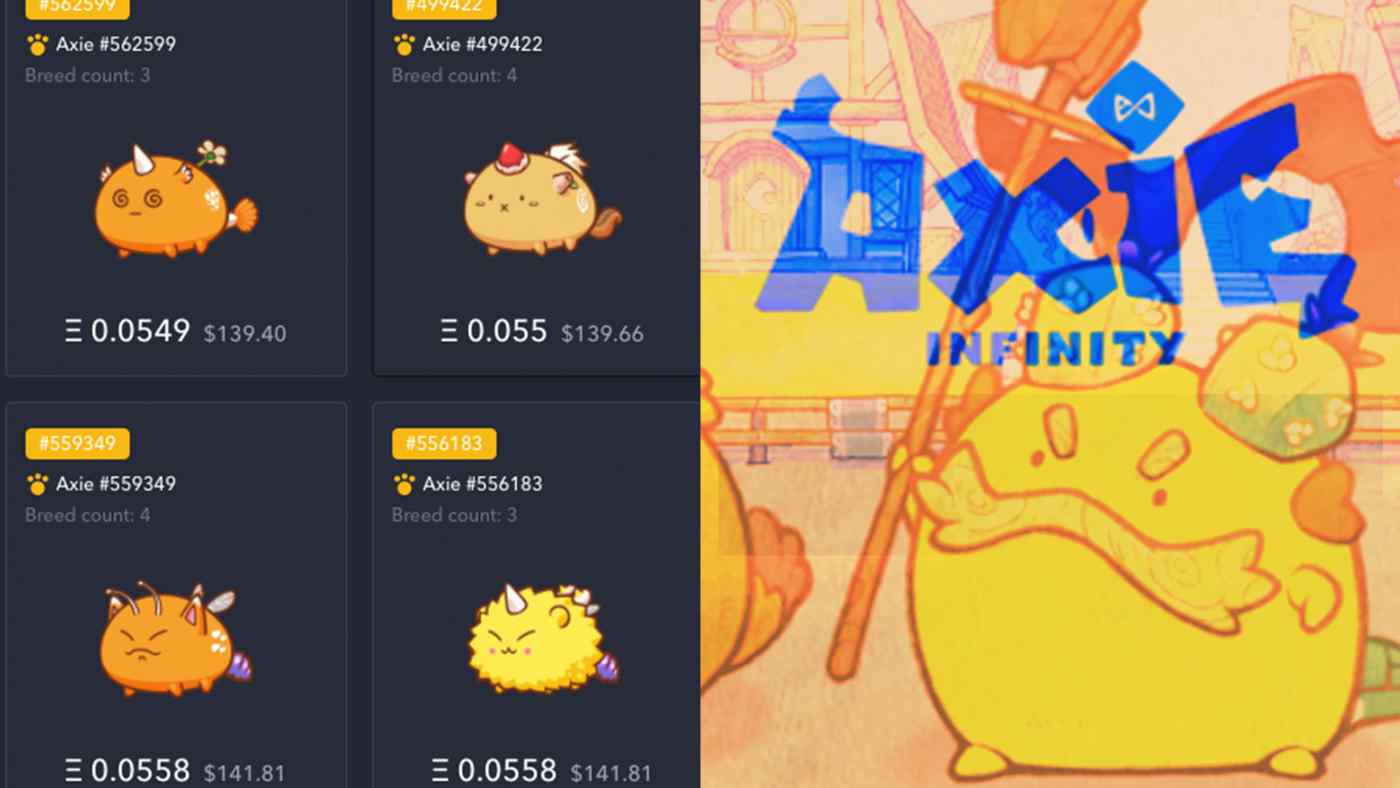 JAKARTA/MANILA -- Ever since digital artist Beeple sold his NFT artwork at Christie's for $69 million in March, nonfungible tokens have been in vogue. Skeptics see the blockchain-based technology as just another fad, but proponents believe it could change the world of finance.

And while the talk of revolution may be overblown, NFTs are indeed changing the lives of some Southeast Asians, from those struggling to make ends meet to budding artists who are using the tokens to earn valuable extra income.

Gilbert Jalova, a Filipino in his early 40s, is one such person. A father of three, with a wife who has asthma, Jalova was always hunting for a side job to supplement his pay as a clerk. Then in November a friend introduced him to Axie Infinity, an NFT-based game.

NFTs are digital assets whose uniqueness is certified by blockchain technology and can be bought, sold and traded in the same way as physical assets. In Axie Infinity, in-game player assets such as monster characters are NFTs, and therefore unique. Players can sell them to others for cryptocurrencies. Progressing to new levels in the game earns players in-game tokens -- a process known as mining -- which can also be traded for cryptocurrencies.

By playing Axie Infinity for at least two hours a day, mining in-game tokens called "small love potions" and selling them in local currency or Ether, a cryptocurrency, Jalova said he can earn as much as $550 a month. That is more than he makes in his regular job and is nearly twice the Philippines' average minimum wage of around $300 a month. Now his family is also on board. "It's a huge help to us," he said, "and at the same time, it has become our family bonding." Gabby Dizon, a Filipino game developer who founded Yield Guild Games, a group for people looking to earn money by playing NFT games, said that more than 80% of Axie Infinity's player base comes from emerging economies "where it might be difficult to find a job, or the inflation rate is high. People are turning to these games as a way to supplement their income or as an alternative means of employment," Dizon said.

The trend is catching on elsewhere in Southeast Asia. Digital Entertainment Asset, a Singapore-based company that develops NFT games, said that of its 1 million registered users, 45% come from Indonesia because the company's in-game cryptocurrencies can easily be exchanged for Indonesian rupiah on crypto exchanges such as Indodax.

"I've managed to earn a total of around 10 million rupiah ($700) in the year that I have been playing" Digital Entertainment Asset's NFT games, said Riky Candra, a 20-year-old university student in Pekanbaru, the capital of Riau Province. "I'm able to spend that on daily campus needs, such as books or other equipment, and I tend to set aside some for deposit as future assets."

Other players have used earnings from playing games to pay rent and internet fees and to buy meals, according to Naohito Yoshida, founder and CEO of the company. "One even said he was able to buy a paddy field." Trung Nguyen, co-founder of Sky Mavis, the developer behind Axie Infinity, said an NFT is a way "to represent objects that are unique in nature. So it's a very good fit with game characters and game assets."

Just as the world took notice of NFTs with the sale of Beeple's digital artwork, artists in Southeast Asia are also embracing them. From Thai rappers to Singaporean street artists, people are selling their works as NFTs. Among them is Ida Bagus Ratu Antoni Putra, a Balinese artist who goes by the name Monez.

He sold his first NFT artwork, "Circus Clown," in March for 0.8 Ether, equivalent to around $1,200 at the time. While that pales in comparison to the $69 million Singapore-based investor Vignesh Sundaresan paid for Beeple's creation, Monez believes NFTs can be beneficial in the long run. He says that is not only because they ensure the authenticity and uniqueness of his artwork, but also allow artists to receive a continuing stream of royalties from resales.

"In the real world ... people buy the first painting from the painter, which is usually very cheap, and can sell it for double the price, but the original artist is still poor because we get [only the first payment]," said Monez, who will receive 10% of any resale of his work. "In art, the payment is poor because they are not under a good ecosystem of industry." But while the system can be beneficial to artists like Monez, NFTs are still a "buyer beware" market.

"Liquidity in the NFT market could be a potential risk," said Yoshida of Digital Entertainment Asset. "If someone buys NFTs for purely collection purposes, there won't be much of a problem. But if people are buying for investment purposes, then low market liquidity will be an issue, as it means you will not be able to sell it when you want."

Already there are signs that liquidity may be drying up, or that the NFT bubble is bursting. Some $101 million of NFTs were sold in a single day on May 3, a record according to data from nonfungible.com, a website that tracks NFTs, but that number quickly dropped to around $2 million by the end of May.

"For the digital natives of the younger generations, it will be easy," he said. "But for older generations, I don't think they can appreciate NFTs [on a] par with tactile arts which they can see and touch." He added that in Asia, the older generation commands most of the purchasing power and that will determine the economic value of NFTs.

For the sake of his family, Jalova in the Philippines hopes NFTs won't prove to be just another internet flash in the pan. "I'll be playing Axie Infinity for a while to come," he said. "It's also possible that I may leave my regular job and just focus on playing Axie."