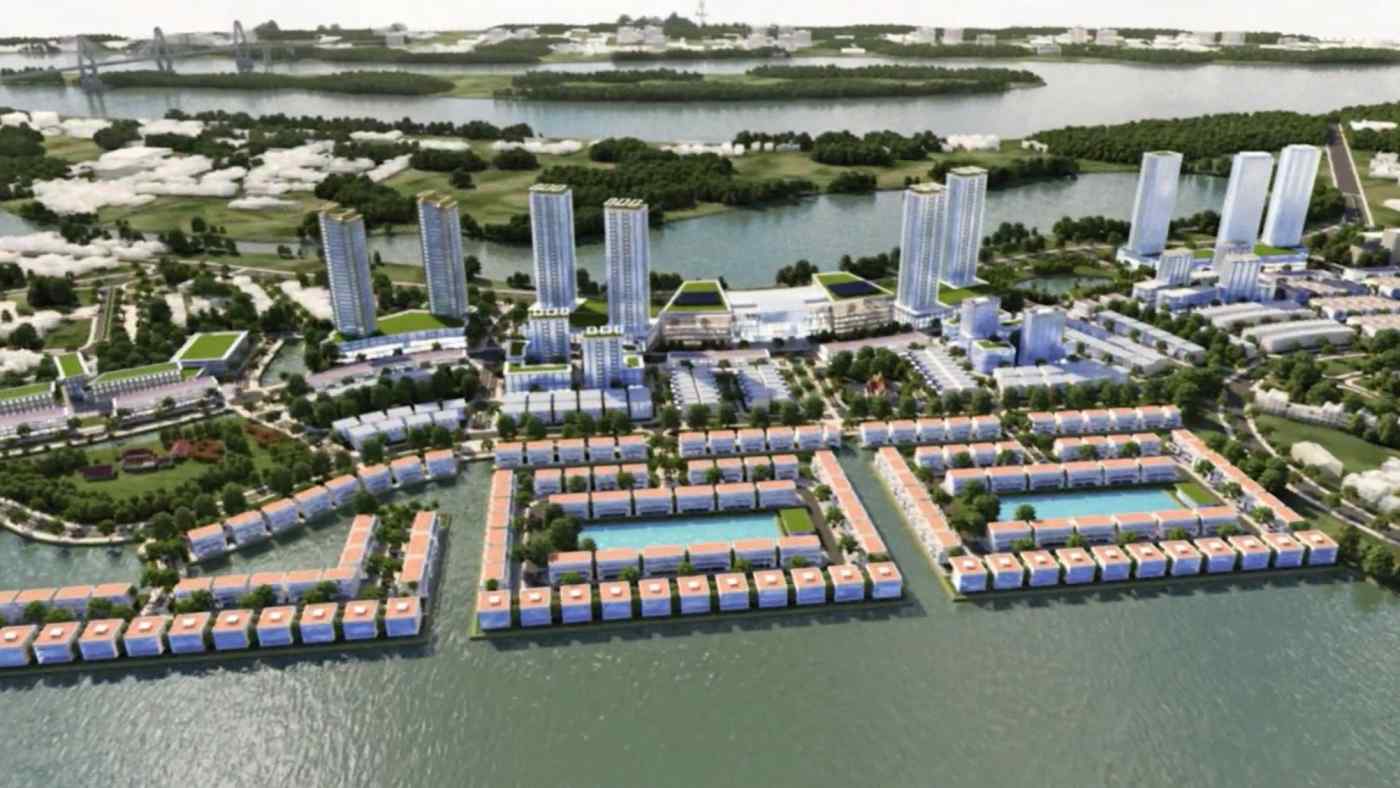 Plans for the Sumitomo-led smart city in Hanoi include roughly 7,000 condominium units as the project kicks off in fiscal 2021. (Artist rendering courtesy of the company)
FUMIE YAKU, Nikkei staff writerOctober 23, 2020 03:55 JST | Vietnam
CopyCopied

TOKYO -- Japanese trading house Sumitomo Corp. has taken on five compatriots as partners for its smart-city project in the Vietnamese capital of Hanoi, taking advantage of their infrastructure, technology and other know-how for development efforts kicking off in fiscal 2021.

A consortium to discuss specifics has been launched, with plans to set up an operating company in the second half of that year.

Under the envisioned plans, Tepco Power Grid and Mitsubishi Heavy Industries Engineering will build infrastructure for the stable supply of electricity and balancing supply and demand. NTT Communications and NEC are expected to handle the internet of things and such security technologies as facial recognition, while Hakuhodo will likely develop services for residents.

Sumitomo is developing about 270 hectares in the Dong Anh district, about 20 minutes by car from the center of Hanoi, with local developer BRG Group. Roughly 7,000 condominium units will be built in the first phase, slated to begin in fiscal 2021. The work, which will also include office and commercial buildings, is expected to take 10 to 15 years.

The roughly 450 billion yen ($4.29 billion) undertaking will be the largest smart-city project led by a Japanese company in Southeast Asia. Sumitomo and BRG, which have the rights to operate the city for 50 years, will also look for partners and investors to help with operations.