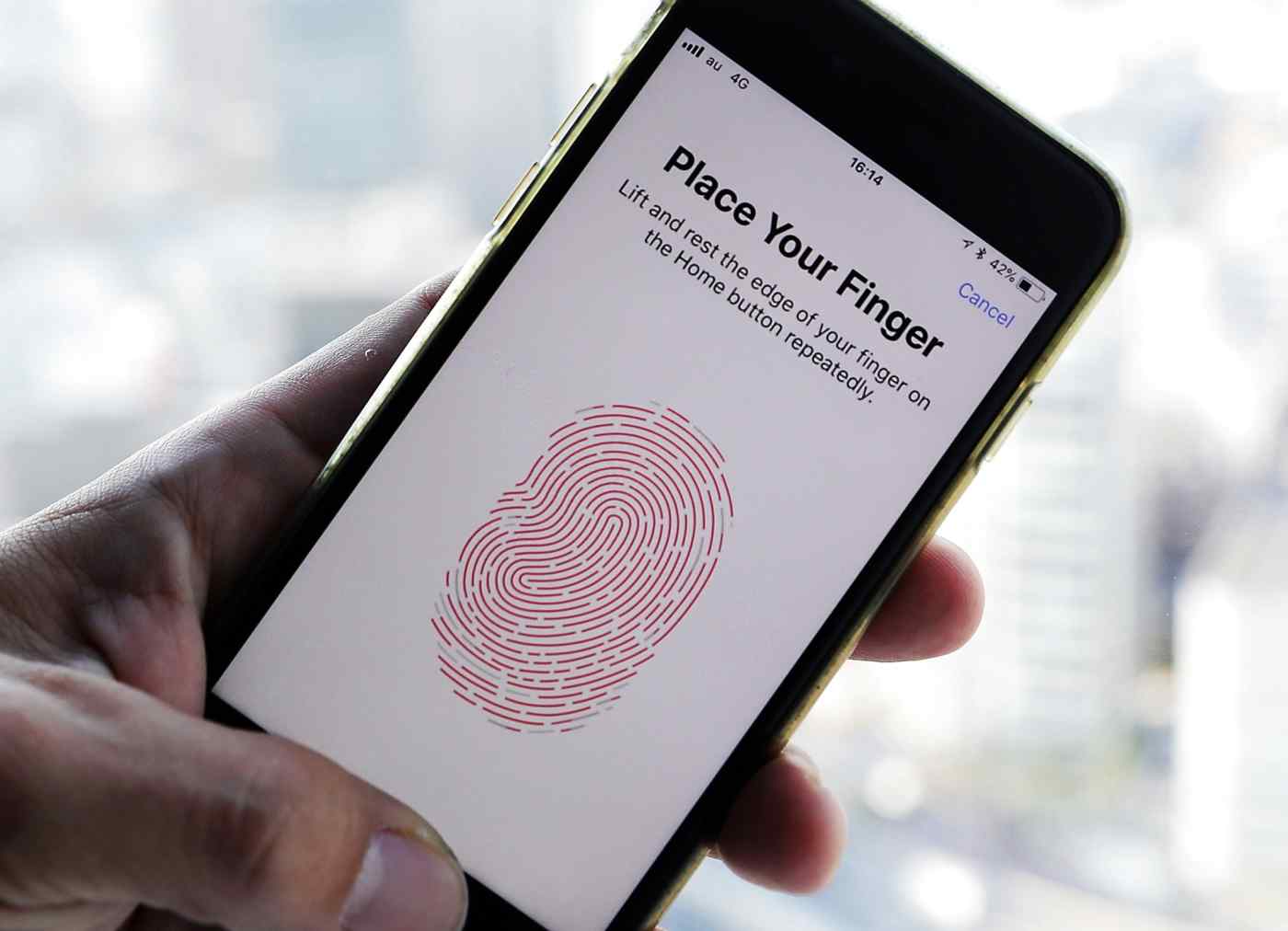 A new high-resolution sensor might be the answer to improve fingerprint recognition, the reliability of which is causing concerns among smartphone users. (Photo by Ken Kobayashi)
MASAYA SATO, Nikkei staff writerMay 1, 2018 12:00 JST | Japan
CopyCopied

TOKYO -- A team of researchers in Japan has developed fingerprint recognition technology that detects sweat pores in fingers to increase the reliability of authentication.

Researchers at the University of Tokyo and DDS, a biometric technology startup, believe the breakthrough improves precision more than tenfold compared to current identification methods.

"Existing fingerprint authentication technology is limited in terms of precision," said University of Tokyo professor Taizo Umezaki, explaining the reason behind development of the new technology. "Smartphones are now used for a wide range of applications, like electronic payments, so we need a simpler and more precise way of identification."

Current identification works primarily by recognizing patterns, such as swirls, in fingerprints. The process is enhanced by recognition of the forking and end points of lines.

A research team at Michigan State University in the U.S. said it was able to unlock smartphones using images of fingerprints printed on an inkjet printer. Phones have also been unlocked by people other than the legitimate users.

To improve precision, the new technology adds recognition of sweat pores to the identification process. Sweat pores, like the fingerprint itself, differ from person to person. The new process measures pore positions relative to each other and to the lines in a fingerprint. Owing to the large number of sweat pores in a finger, even small scanners will be able to collect more information. A major technical hurdle was actually recognizing the tiny pores, as capacitive sensors -- the type commonly used today -- have limited resolution. To overcome this, DDS developed a scanner that combines a thin glass plate, image sensor and light-emitting diode to illuminate the fingerprint, providing the ability to discern minuscule features.

The scanner is 6.6mm long, 4.8mm wide and about 0.6mm thick, with a resolution up to 3,000 pixels per inch -- a significant improvement over the roughly 500 ppi of existing scanners. Umezaki and DDS also developed the scanner's software.

One issue yet to be addressed is the high cost of the device, which at present precludes its use in smartphones. But the team believes the cost will decrease when the scanners are mass-produced. Scanners in smartphones today are priced between 100 and 1,000 yen (93 cents to $9.3) each. Plans are in the works to introduce the new device to smartphone manufacturers. 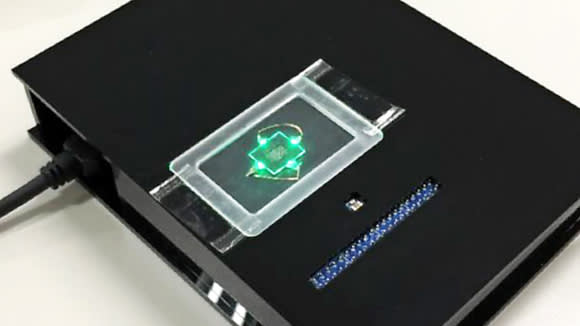 Prototype of the new sensor developed by the team

The team also hopes the technology can be adapted to work on display panels, allowing it to be installed in the growing number of smartphones that are eliminating the home button. They also think it can be used in other applications, such as car and home locks.

For example, technology that relies on a smartphone's camera, such as facial recognition, requires that the camera have adequate optical performance. Sometimes smartphones fail to identify the proper face, or cannot tell the difference between twins.

Vein recognition is believed to be highly accurate, but is limited to machines such as ATMs due to the size of the scanner.

Analysts say fingerprint recognition will remain a key technology for different areas, giving the new sensor a good chance of catching on.