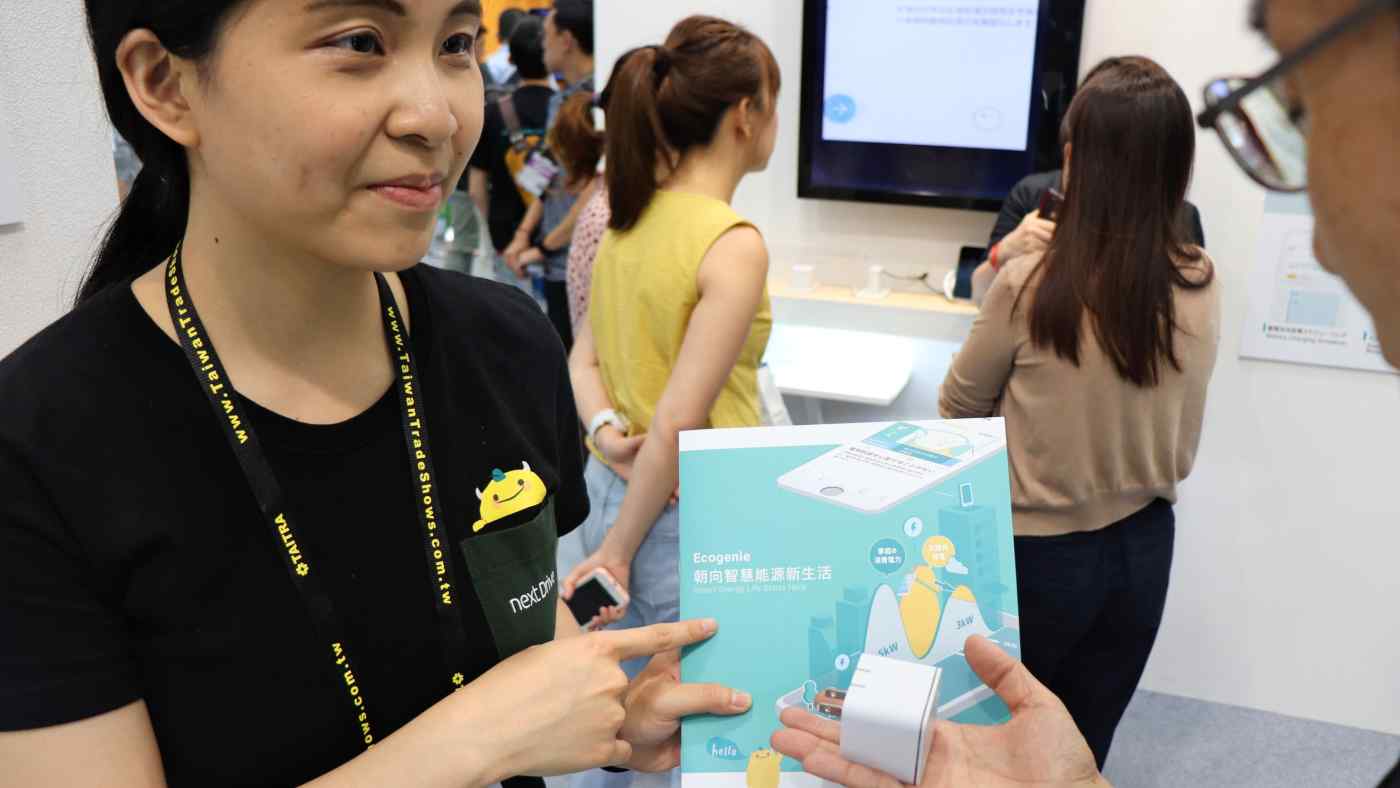 Computex Taipei in May 2019. Many business deals for technology equipment had been conducted at the expo every year. (Photo by Shuhei Yamada)
SHUHEI YAMADA, Nikkei Asia Tech chief editorAugust 6, 2020 10:31 JST | Taiwan
CopyCopied

TOKYO -- Taiwan's premier technology trade expo, Computex Taipei, has stepped up a public relations campaign to woo Japanese companies looking to relocate advanced production away from China, seeking an opportunity in the trade war between the U.S. and the mainland.

The Taipei Computer Association, one of the Computex sponsors, has set up a product promotion center staffed with Japan experts. The center launched a Japanese-language website in March containing information about motherboards and other Taiwanese-made modules.

"Headquarters once said putting out the information in English is enough, but the coronavirus crisis and the U.S.-China frictions have changed that thinking," said Akira Yoshimura, the computer association's representative in Japan.

Computex, which has been held since 1981, unites the island's contract electronics manufacturers with non-Taiwanese clients. The event is usually held every May or June so that manufacturing deals align with the Christmas shopping season. This year's event has been canceled due to the pandemic but the organizer has continued an online publicity campaign.

Even as mainstay products shift toward smartphones and Internet of Things equipment, the expo still draws over 40,000 attendees yearly.

But mainland China has hosted an increasing number of similar expos in recent years, causing some observers to say that Computex is losing relevance.

However, Taiwanese tech companies started repatriating production from China a few years ago due to growing labor costs on the mainland. The economic and political frictions between the U.S. and China have accelerated that trend.

As a result, the volume of Taiwanese products made entirely locally has grown again, a fact Yoshimura wishes to advertise.

"I've told headquarters to include the words 'Made in Taiwan' in the information for goods produced at Taiwanese factories," Yoshimura said.

About 4,000 Japanese buyers attend Computex annually, putting Japan among the leaders in terms of the nationality of the purchasers. China-free products will become a key selling point for this contingent, given the Sino-U.S. tensions.

Taiwan offers other advantages, such as mechanisms to protect intellectual property as well as a Japan-friendly mood among residents. Though the island's market and manufacturing capacity are nowhere near the size of China's, they fit tech clients that are not in pursuit of scale.

"There are more companies in Taiwan than in China that are willing to support mass production of IT equipment on a small scale," Yoshino said.