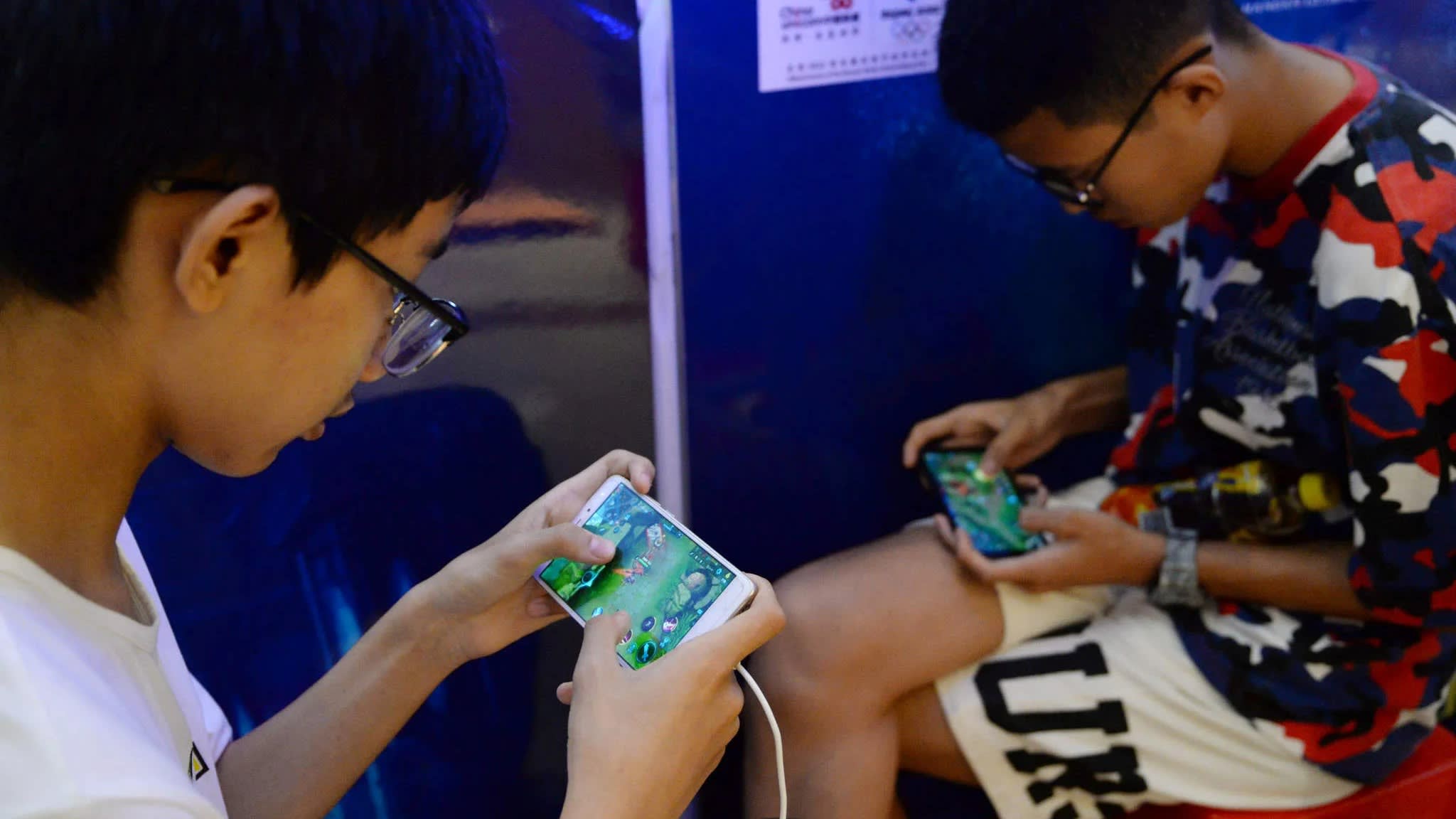 Boys play the game "Honour of Kings" by Tencent at shopping mall in China. The company's gaming business has faced regulatory headwinds.   © Reuters

The two companies will work together on mobile gaming devices and other projects. The devices will run on Qualcomm's widely used Snapdragon processors.

Tencent, one of the world's biggest video game companies, aims to boost the performance of its content by working with a top U.S. developer of mobile chips.

Qualcomm, for its part, likely sees games as a way to solidify its presence in the key market of China as global demand for smartphones wanes.

The memorandum of understanding signed on Tuesday also covers cooperation with Qualcomm in cloud-based gaming, virtual reality and augmented reality, as well as applying 5G networks to games.

"With 30 years of innovation under our belt, we're ushering in a new age of gaming," Frank Meng, chairman of Qualcomm China, said in a statement. "Mobile gaming, an important 5G use case, will soon take advantage of the next generation of connectivity. Faster speeds, more bandwidth, and cutting edge ultra-low latency will support real-time, multiplayer and immersive gaming experience."

The announcement comes a week after Tencent said it would work with the company behind the Pokemon franchise to develop games based on the fictional creatures.