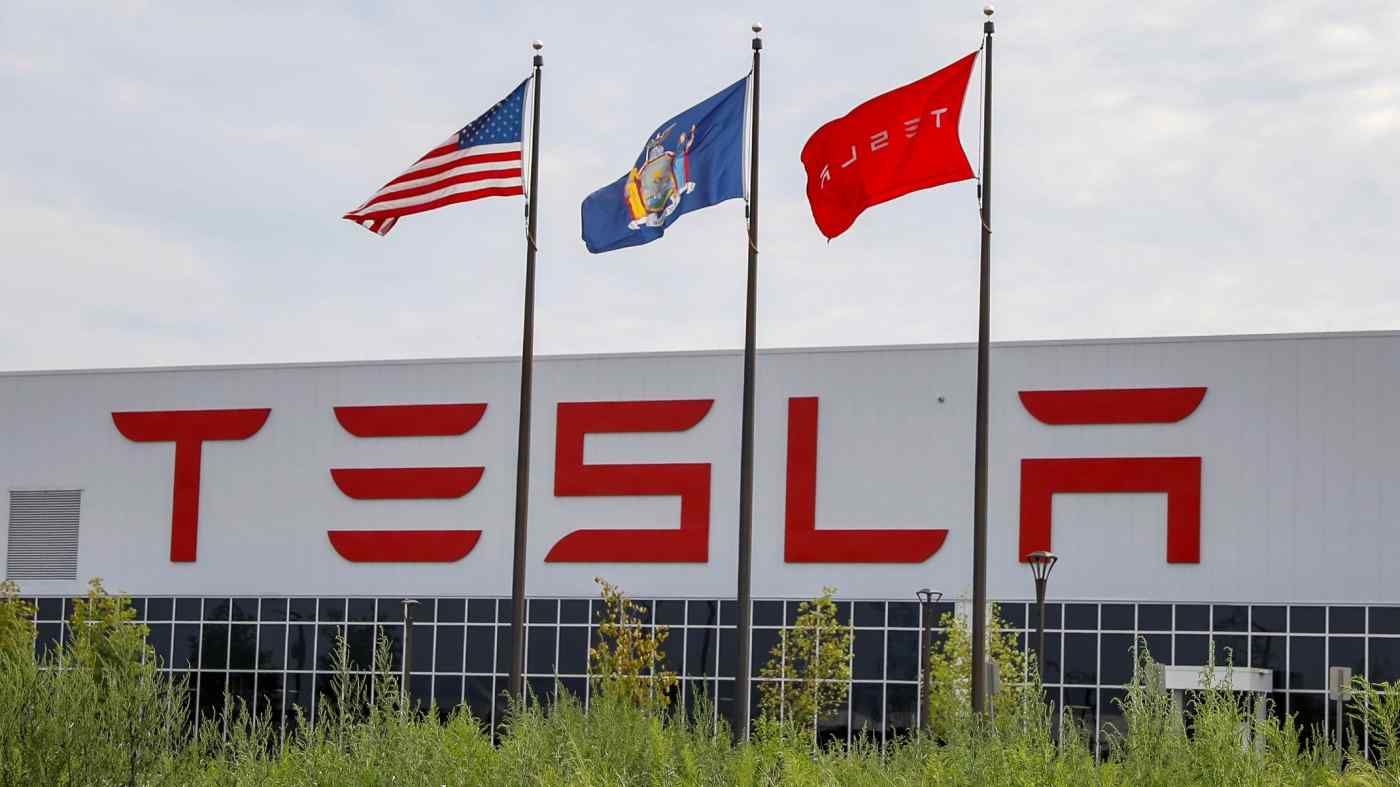 OSAKA/PALO ALTO -- Tesla and Panasonic are scrapping their partnership in producing solar cells after years of struggling to ramp up output at the Gigafactory 2 in upstate New York.

The companies intend to continue working together on automotive batteries for Tesla's electric vehicles. But the latest decision poses yet another setback in their strained relationship, which had once been considered a key component to Panasonic's turnaround.

Tesla and Panasonic announced their joint venture on solar cells in 2016. The Japanese company shouldered costs for part of the equipment at the Gigafactory 2 in Buffalo, which began producing core components for solar panels in 2017. Panasonic-made solar cells were also supposed to be used for Tesla's solar panels.

Called the Solar Roof, the Tesla product is designed to look like regular black roof tiles. But Panasonic-made cells are believed to have failed to achieve this look while also maintaining the efficiency and cost sought by the U.S. company.

The latest version of the Solar Roof launched last fall uses Chinese cells. Meanwhile, Panasonic has been selling cells it produced at the Gigafactory to Japanese homebuilders and other clients.

Because Tesla received local subsidies to build the facility, it faces the need to keep the factory's doors open regardless of the change in production plans. But both companies agree that solar cell output there is unlikely to increase, and they no longer see a need to continue joint production. Tesla could unveil a new use for the Gigafactory 2 at an investor meeting in the U.S. in April.

Tesla's energy business was responsible for $1.53 billion, or just 6%, of overall revenue in 2019. Still, CEO Elon Musk is enthusiastic about the business and its synergies with electric cars. The company bought a panel-installing business in 2016.

As concerns over Tesla's car production abate, investors are focusing more on its renewable energy operations.

Tesla did not respond to Nikkei's request for comment.

Panasonic hopes to cut costs by shutting down underutilized production lines. It will approach existing clients about supplying them with solar cells from Chinese partner GS-Solar.

Panasonic has been building on the solar cell business of Sanyo Electric, which it turned into a full subsidiary in 2011. Sanyo was the world's seventh-largest solar panel producer in 2007, and the business had continued to do well for several years thanks to Japan's feed-in tariffs.

But cheap Chinese competition pushed operations into the red in fiscal 2016. Panasonic announced last year that it will sell a key Malaysian plant to GS-Solar.

In addition to the partnership on solar cells, Panasonic and Tesla's tie-up on electric-car batteries appears to be at a crossroads as well. Panasonic CEO Kazuhiro Tsuga said there are "no plans at this time" to build an automotive battery plant in China despite Tesla's new factory in Shanghai, while Tesla has announced partnerships with Chinese battery maker CATL and South Korea's LG Chem.