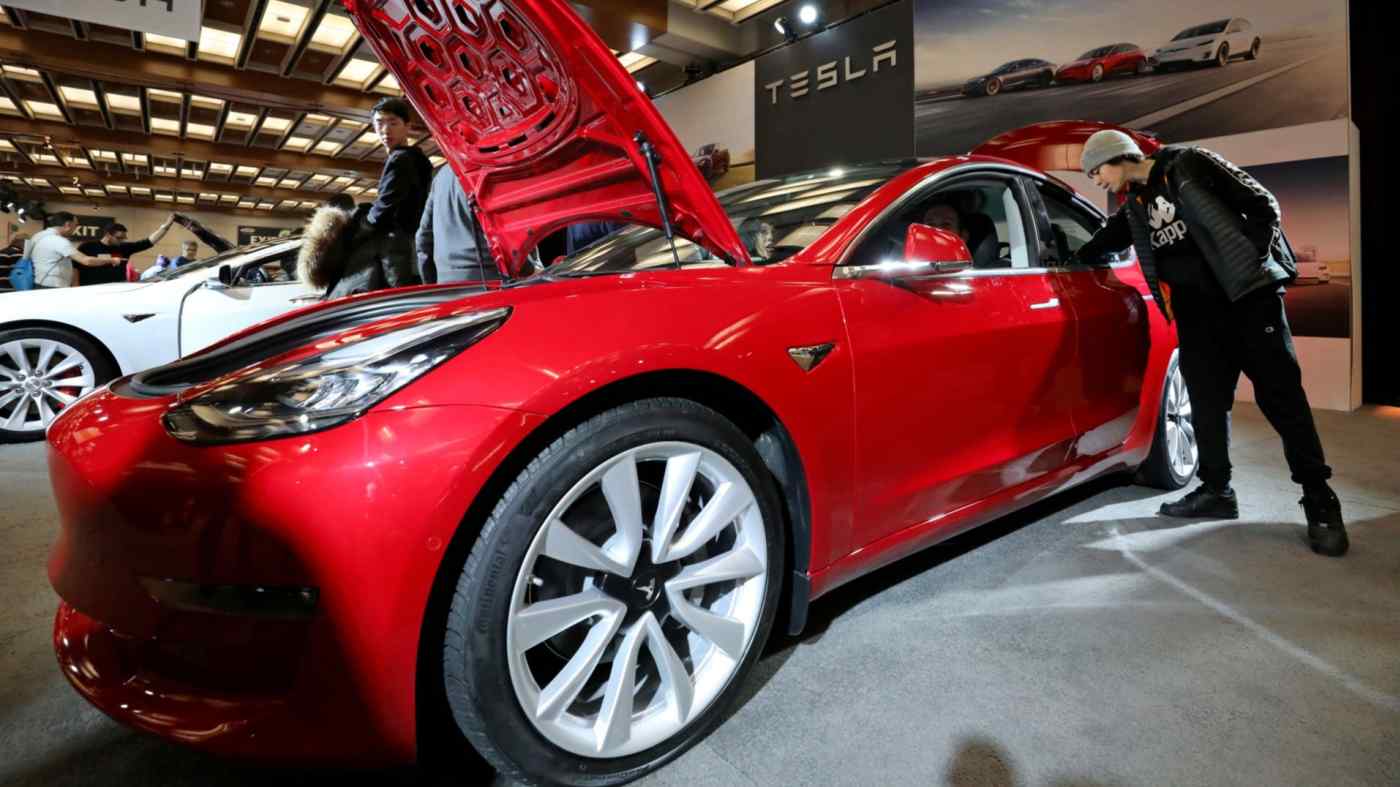 OSAKA -- Panasonic and Tesla have revived talks on investment to boost output of electric-vehicle batteries at the Gigafactory in the U.S. state of Nevada, the Japanese company said Monday.

The American electric-vehicle maker aims to sell 1 million autos globally next year, which will require an ample supply of lithium-ion batteries.

The Nevada plant, known as Gigafactory 1, fielded an annual battery-making capacity of 32 gigawatt-hours at the end of March, Umeda said. The partners had sought an expansion to 54 GWh during the fiscal year ended March 2019, but ultimately decided to freeze spending on the factory, citing tepid sales of electric vehicles.

Without the proposed expansion, capacity at the Gigafactory instead would inch up to 35 GWh by March 2022 due to improved materials and technology, Umeda said. That output would supply 500,000 electric vehicles.

Tesla and Panasonic had invested $4.5 billion in the plant as of April 2019. Panasonic, one of the world's biggest producers of EV batteries, manufactures the cells, and Tesla combines them into battery packs before assembling the cars at a California plant.

Panasonic's Tesla business suffered a loss for the fiscal year ended in March 2020. The U.S. battery factory alone became profitable in the second half of the financial year, but it has lagged in contributing to earnings. Yet that result apparently has the Japanese company cautiously considering new investment in the Gigafactory.

Tesla had suspended production at its assembly plant in California due to the state's shelter-in-place order. The novel coronavirus outbreak has also idled most operations at the Nevada Gigafactory. Tesla has since resumed production at the California plant.