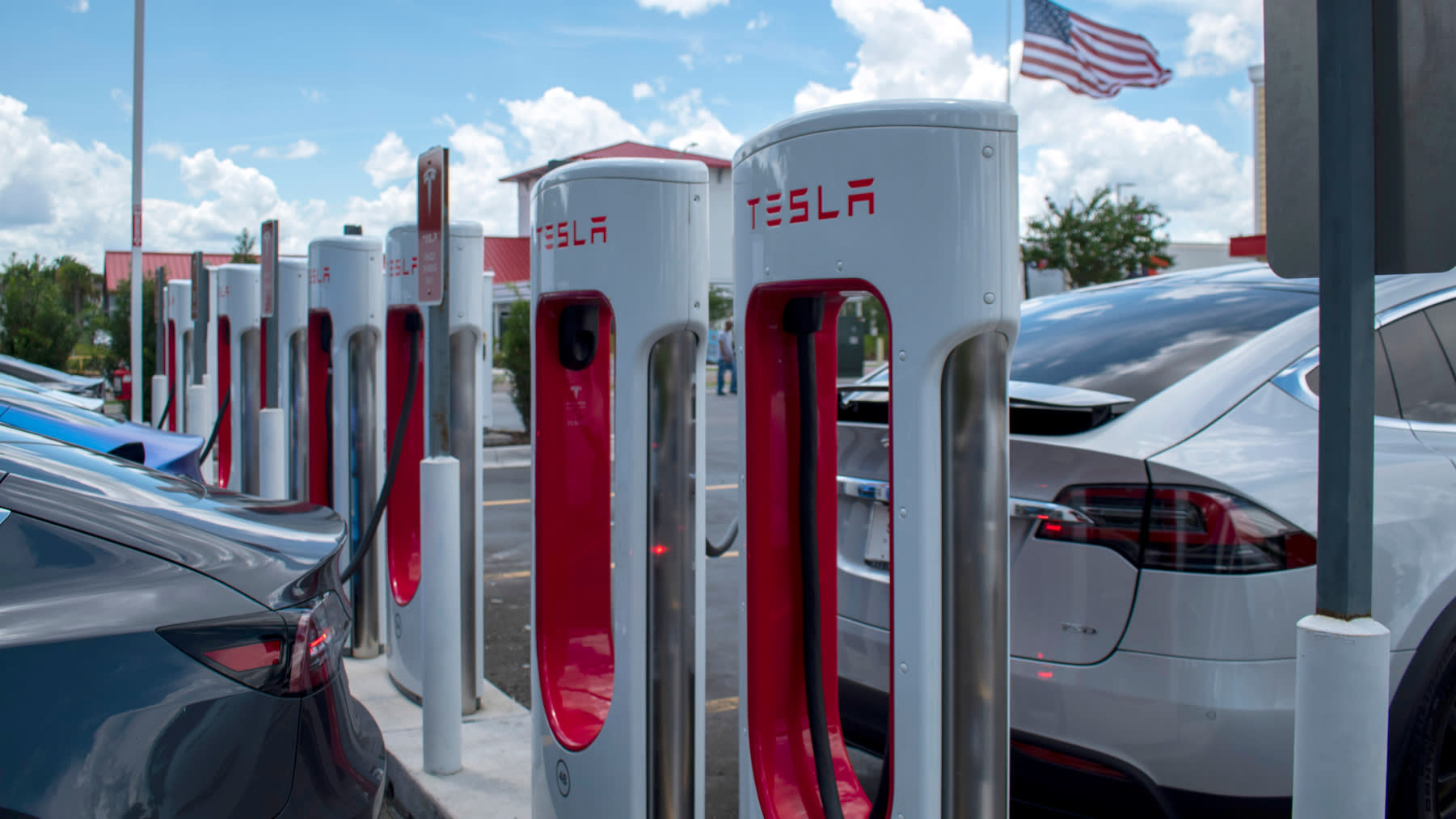 PALO ALTO, U.S. -- Tesla shattered Wall Street's expectations yet again on Wednesday, reporting a fourth straight quarter of profit driven by its success in China even as the coronavirus pandemic slows the global economy.

For the three months ended June 30, Tesla recorded $6.04 billion in total revenue, down 5% year over year, but beating the $5.2 billion consensus from Wall Street analysts. The company also reported a $104 million in net income, achieving its first yearlong streak of profitability.

Tesla's stock traded at a record-high $1,592 when the market closed, making it the most valuable automaker in the world. Shares jumped another 7% to over $1,700 during after-hours with the boost from the earnings release.

The positive second-quarter results came as a surprise to many as the company had to shut down its main factory in Fremont, California, for much of the quarter due to the COVID-19 led lockdown. However, a strong rebound in the Chinese market contributed significantly to Tesla's better-than-expected performance.

Tesla delivered 90,891 vehicles in the quarter, down 5% year over year, according to the earnings release. While the majority of its global markets saw a quarterly sales decline, Tesla sold more than 31,000 cars in China during the past three months, with a new country record of 15,000 units being delivered in June, according to data from the China Association of Automobile Manufacturers.

Tesla's most affordable car -- Model 3 -- has received a strong reception in China and has become the bestselling electric vehicle in the country, the company said in the earnings release.

Besides ramping up Model 3 production at the Shanghai Gigafactory, Tesla said the construction for Model Y lines in the factory is also progressing as planned. The first made-in-China Model Y is expected to be delivered next year.

Company executives said Tesla will source more components locally to lower the costs and improve the profit margin at the Shanghai Gigafactory, which currently trails its Fremont location.

"The proportion of local sourcing [in Shanghai] is literally rising at 5% to 10% per month," CEO Elon Musk said at Wednesday earnings call, predicting the ratio will jump "from 40% to like 80% by the end of the year."

Dan Ives, managing director at Wedbush Securities said: "China is a linchpin to the Tesla growth story in the second half of this year and 2021... strong Model 3 demand out of China remains a ray of shining light for Tesla in a dark global macro" environment.

Despite the second-quarter performance, Tesla cautioned investors that there are many uncertainties in the months to come as it remains difficult to predict whether there will be further operational interruptions caused by the coronavirus pandemic or how global consumer sentiment will evolve in the second half of the year.

The electric carmaker said it is still aiming to deliver 500,000 vehicles this year, while admitting "achieving this goal has become more difficult".

Tesla said it has selected a site in Austin, Texas, as the next U.S. Gigafactory, which will be the main manufacturing facility for Cybertruck, as well as the Model 3 and Y, for the eastern half of North America.