US electric-car maker still not cleared to reopen California factory 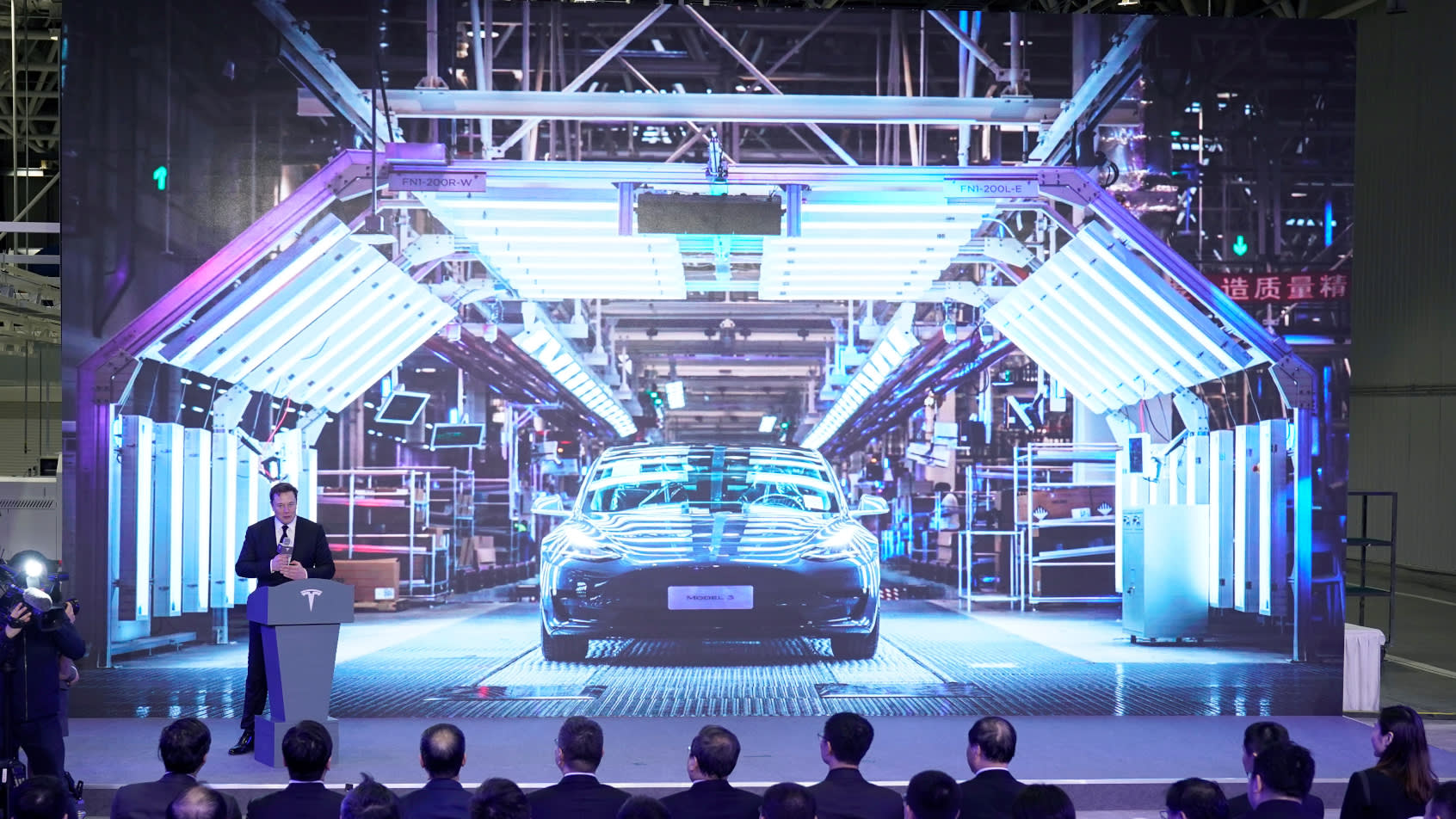 Tesla CEO Elon Musk speaks next to a screen showing an image of a Model 3 car at a ceremony held in Shanghai on Jan. 7.   © Reuters
YIFAN YU, Nikkei staff writerMay 9, 2020 07:21 JST | China
CopyCopied

PALO ALTO, U.S. -- Tesla has entered into an agreement with a Chinese bank for an unsecured revolving-loan facility of up to 4 billion yuan ($565 million), according to a regulatory filing Friday.

The credit line will be used for "continued expansion of production at Gigafactory Shanghai," the American electric-car manufacturer said in the filing.

A branch of Industrial and Commercial Bank of China in Shanghai's Pilot Free Trade Zone is the lender. The bank has previously participated in a 9 billion yuan ($1.29 billion) term loan that Tesla borrowed from a group of Chinese lenders in December 2019.

The bank group also granted Tesla a 2.25 billion yuan revolving-loan facility at the time. This can be used only for expenditures related to production at the plant in Shanghai.

Both the previous loan and the new facility restrict the use of the funds, and the money cannot be accessed by Tesla for expenses outside China.

Over the past week, Tesla has halted production at its factory in Shanghai, which had been its only plant still in operation amid the coronavirus pandemic, the Nikkei Asian Review previously reported.

"Tesla Shanghai is adjusting to normal production due to test run[s] and maintenance of production lines that were carried out during the recent holidays," the company said late Thursday, without indicating when output will resume. "All work is being executed according to plan."

Tesla had reportedly planned to reopen its California auto plant Friday. However, local officials said Friday that the Fremont-based factory is not cleared for reopening yet.