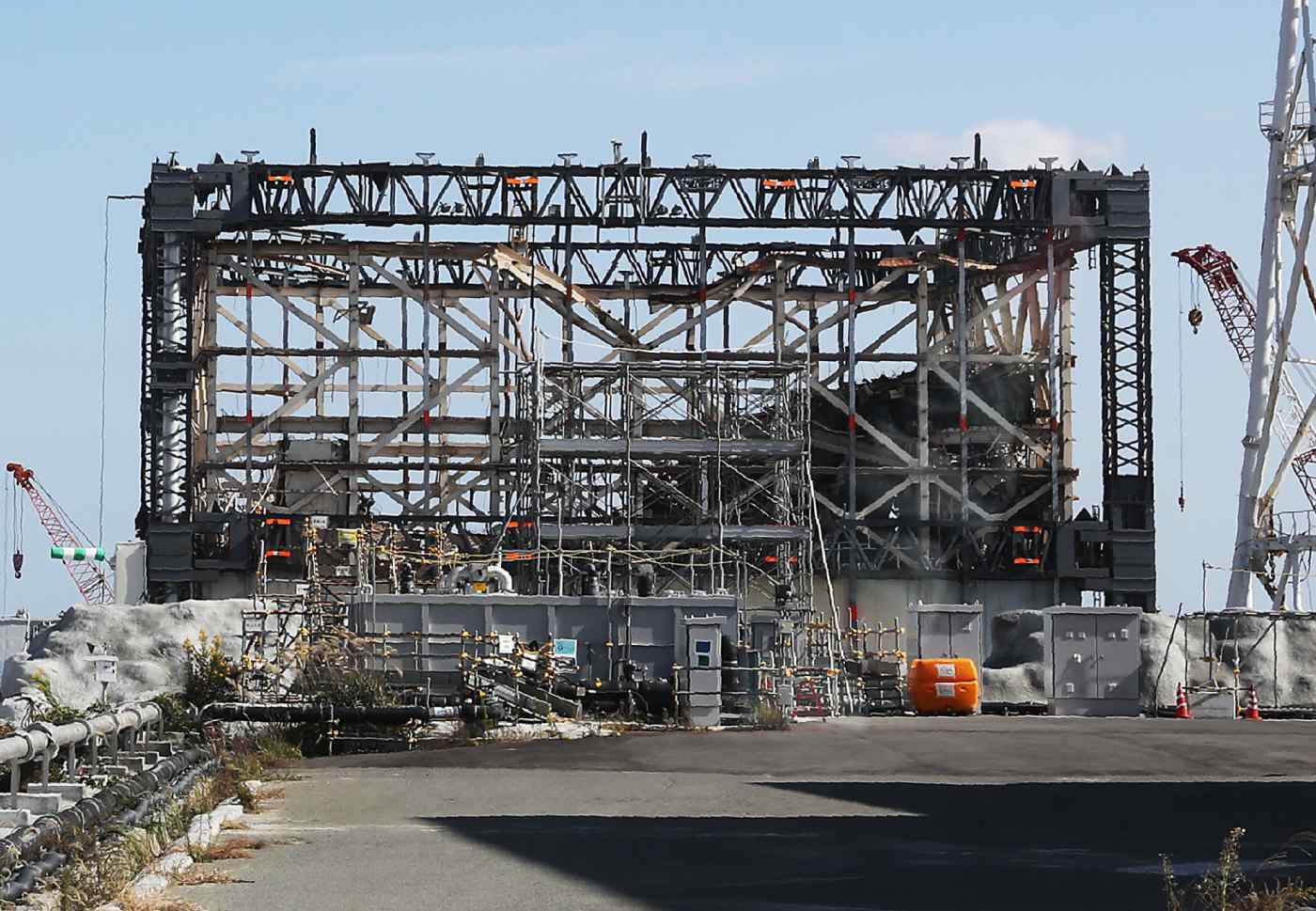 The devastated remains of the reactor No. 1 building at the Fukushima Daiichi nuclear plant are seen on Oct. 25.
DAISUKE ABE, Nikkei staff writerNovember 3, 2016 12:00 JST | Japan
CopyCopied

TOKYO An underground ice wall being built around Japan's crippled Fukushima Daiichi nuclear power plant has so far been unable to fully prevent groundwater from entering buildings and mixing with contaminated water.

The plant's operator, Tokyo Electric Power Co. Holdings, began freezing soil six months ago for the project. Tepco plans to eventually encircle four reactor buildings with a 1-meter-thick, 1.5km-long barrier of frozen soil to prevent water from flowing under them.