US to explore 'immediate actions' to address chip shortage

Lack of semiconductors puts pressure on Apple, Microsoft and GM

"The long-standing issue with short supply of semiconductors ... is one of the central motivations for the executive order the president will sign in the coming weeks to undertake a comprehensive review of supply chains for critical goods," White House press secretary Jen Psaki said in a Thursday briefing.

The review will focus on such steps as improving domestic production and working with allies to develop a coordinated response, Psaki said.

"The administration is currently identifying potential choke points in the supply chain and actively working alongside key stakeholders in industry and with our trading partners to do more now," she said.

Increasing demand for electronics and supply chain disruptions due to the pandemic, as well as former President Donald Trump's aggressive policies targeting Chinese chipmakers, are seen as causes of the global semiconductor crunch.

American companies Microsoft and General Motors have acknowledged the chip shortage's negative impact on their business, with GM saying it could lose as much as $2 billion in operating profit this year. Apple has also reportedly struggled with vital chip supplies for its iPhone 12 model. Qualcomm's driver assistance and self-driving computer, the Snapdragon Ride, was unveiled at the CES electronics show in Las Vegas in January 2020.   © Reuters

Asked whether the Biden administration will roll back "some of the Trump-era regulations seen as responsible for the supply shortage," Psaki said that "there'll be more details when the executive order is actually signed."

Last Friday, the U.S. expressed gratitude to Taiwan for its top foundries' offer to help resolve the shortage -- an incident that crystalizes the current chipmaking balance of power in the world.

"The U.S. side thanked us for our help on this," Taiwanese Economic Minister Wang Mei-hua told reporters after a meeting with senior executives from chipmakers. Global leader Taiwan Semiconductor Manufacturing Co. will be at the forefront of this effort.

Even so, the U.S. will want to patch up weaknesses in its chip supply chain by shoring up domestic manufacturing in the long run, an effort in line with Biden's campaign promise to bolster American manufacturing, including in the semiconductor sector.

"America needs a stronger, more resilient domestic supply chain in a number of areas supporting domestic innovation, U.S. jobs and national security," then-treasury secretary nominee Janet Yellen said in a written response for her January confirmation. Biden is calling for financial incentives to "encourage the production of designated critical materials such as semiconductors in the United States," she said. 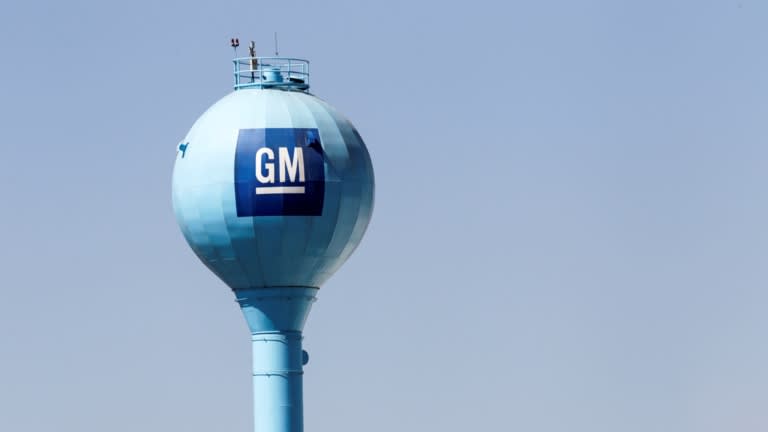 American automaker General Motors expects the global chip crunch to shave up to a $2 billion off its operating income.   © Reuters

American fabless chipmakers are at a crossroads as the pandemic and U.S.-China trade tensions reveal the supply risk inherent in the arrangement. Their Japanese and European peers also face a similar quandary.

As foundries in Taiwan and South Korean, as well as Chinese chipmakers, race to ratchet up capacity, the U.S. and Japan have begun exploring reversing offshoring.

The fabless model has served Western chipmakers well since the 2000s. To curb the massive capital expenditures required for installing new fabrication lines, U.S., European and Japanese players contracted out a portion of their manufacturing to companies including TSMC and Samsung Electronics. Free of manufacturing operations, Qualcomm has put its energies into design and development of leading-edge technologies and has increased its clout in the industry.

The greater reliance on a few foundries helped improve efficiency but has exposed a weakness in the industry as well. In around spring of last year, TSMC and peers started accommodating output increases for such customers as computer and television makers and appliance manufacturers. Then orders started surging from the automotive industry last autumn, and they simply cannot churn out enough chips to keep up with rising demand.

Washington's sanctions against China have spurred companies to take business from Chinese foundry Semiconductor Manufacturing International Corp. to elsewhere, mostly TSMC. The Taiwanese company is "turning down 20% to 30% of orders in the first quarter of this year," an industry insider said.

For now, the U.S., as well as Japan, is pushing to bring back manufacturing capabilities.