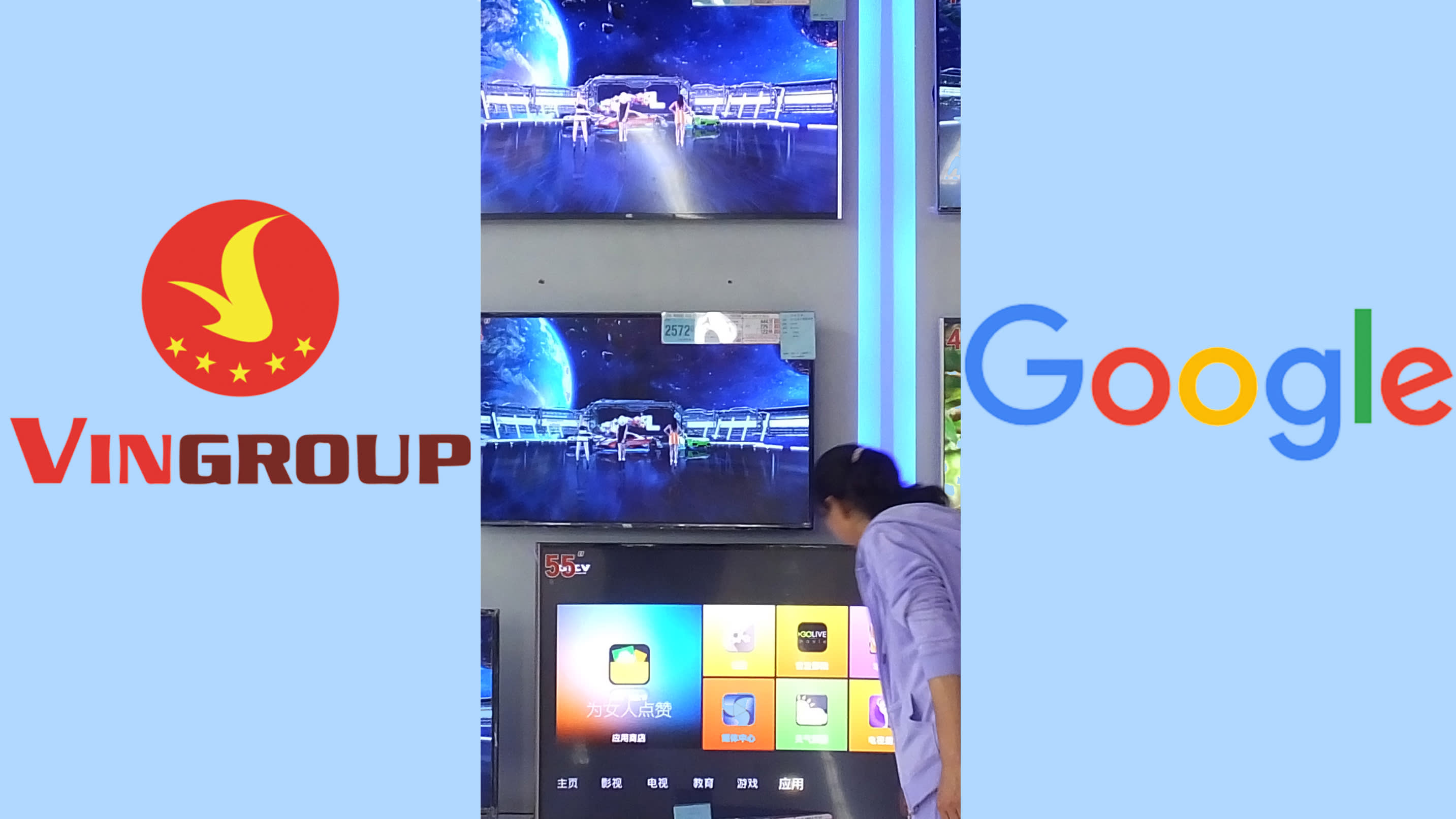 "VinSmart will work with Google to develop a smart TV, based on Android TV operating system," the Hanoi-based company said on Wednesday.

VinSmart will start selling five different models of these TVs in December. The TVs will offer voice search, Google Assistant and Chromecast which allows users to project programs from their phones to the TV screen.

Production of these units has already begun at Hoa Lac Hi-Tech Park near Hanoi. The company declined to comment if the TVs will be exported.

Speaking at a company event on Wednesday, Le Mai Tuyet Trinh, deputy general director of Vingroup, said: "After Google, we will continue to look for reputable and world-class partners to work side by side."

Vingroup's foray into TV production is part of plans to cement its position as one of the country's foremost tech manufacturers. The entry into the TV business follows last year's launch of a smartphone brand and the roll-out of Vietnam's first homegrown car brand in June.

Vingroup aims to produce 250,000 vehicles a year, drawing on German auto technology. In term of smartphones, it plans to lift annual output capacity to 125 million devices by early 2020, including contracts for other companies. It already produces eight Vsmart phone models for the domestic market and as exports to Spain, Myanmar and Russia.

The group is now also considering manufacturing other appliances, such as air conditioners and refrigerators.

Vingroup is Vietnam's largest private-sector company. Real estate forms the core of its business, but it also has its fingers in retail, hospitals and aviation.