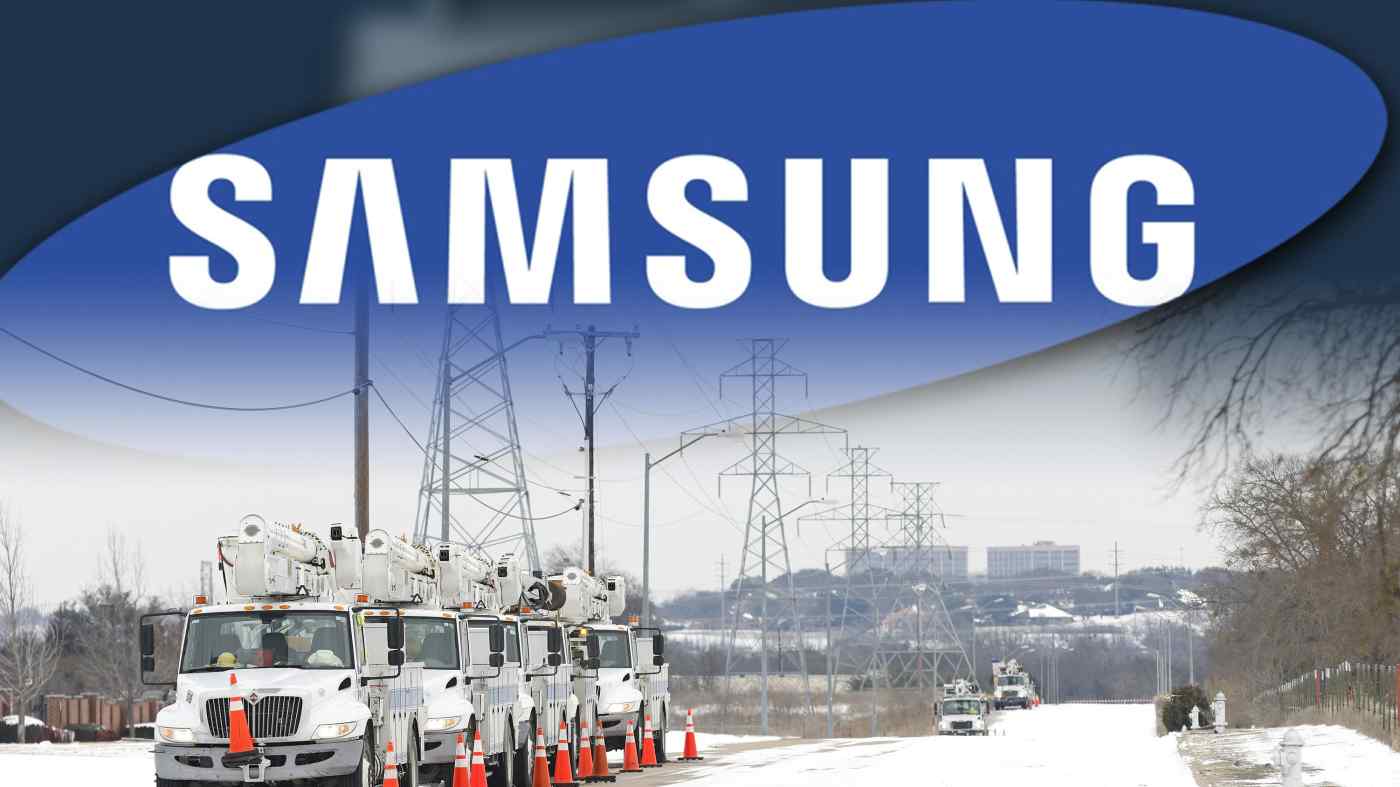 SEOUL -- Samsung Electronics has been forced to temporarily halt operations at its semiconductor factory in Austin, Texas, due to power shortages in the U.S. state caused by deadly winter storms.

The city's power company ordered the South Korean tech giant to halt operations on Tuesday afternoon, and there is no indication when they may resume.

Samsung supplies U.S. clients such as Intel from its Austin plant and is considering a $1.7 billion expansion of the factory to cope with rising demand from its American customers. Samsung is competing with Taiwan Semiconductor Manufacturing Co. in the global foundry market, which is the business of making chips for other companies. Among other global moves, TSMC is currently building a $12 billion chipmaking plant in the state of Arizona.

"Due to the recent blackouts in Texas, Samsung Austin Semiconductor gradually halted its operations around 1p.m. on February 16, as ordered by Austin Energy. With prior notice, appropriate measures have been taken for the facilities and wafers in production," Samsung said in a statement. "While production will resume as soon as power supplies are restored, we are currently discussing the timing with the authorities."

The announcement comes as deadly storms ravage Texas and other parts of the U.S. The National Weather Service said more than 150 million Americans are under winter storm warnings, and at least 11 deaths have been blamed on the catastrophe. Deaths have been reported in Tennessee, Texas, Kentucky and Louisiana.

Analysts say the power suspension at Samsung's chip plant in Austin will likely exacerbate the global chip shortage in the short term.

"The worldwide chip supply is already very constrained, and what Samsung is encountering in Austin would add fuel on the fire for the short term. Such news would also make the market more anxious," said Liu Pei-chen, an analyst at the Taiwan Institute of Economic Research.

On the positive side, Liu said, the majority of global semiconductor capacity is centered in Asia, with 70% of global output coming from Taiwan and around 10% from Samsung.

"Given that the South Korean tech giant's capacity is mainly located in its home country ... the impact of the power issue at the Austin plant should be limited," Liu said.

Samsung said last month that it expects Intel's plan to outsource more production will increase demand for chip foundry services overall but declined to confirm whether Samsung itself has won orders from the U.S. company.

Samsung further said that it is considering sites for expanding its foundry facilities and that the most promising locations are Hwaseong and Pyeongtaek in South Korea, and Austin, although the company stressed that nothing has been decided yet.

The key users of Samsung's logic chips are Samsung itself, Qualcomm and Nvidia. It also helps Tesla to produce HW 3.0 chips for electric vehicles. Much of its production capacity has been used to manufacture chips for GPUs and cryptocurrency mining as well.