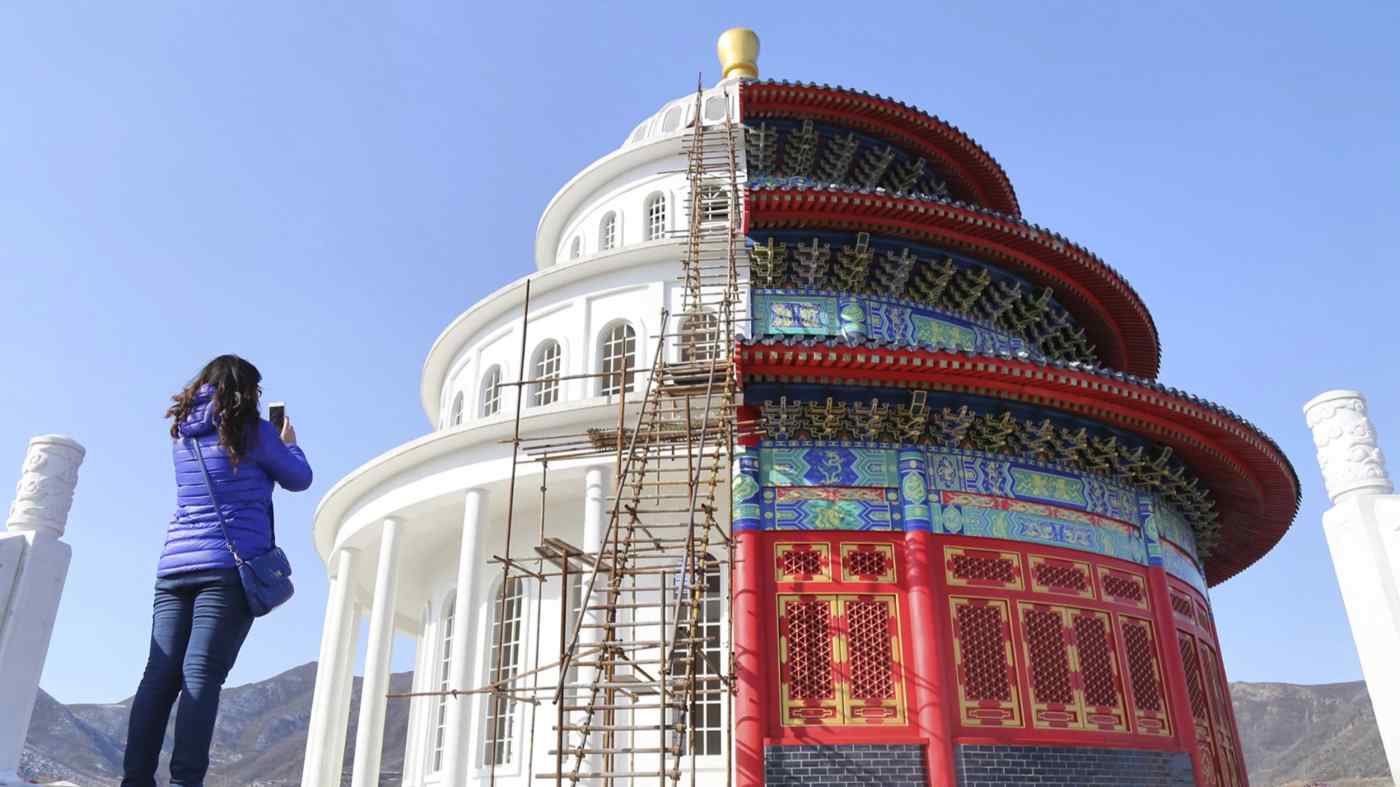 A woman takes pictures with her mobile phone at a studio for productions of films and television shows on the outskirts of Shijiazhuang, China. The nation's three big wireless carriers suffered a hit to their earnings after the government told them to eliminate domestic roaming fees.   © Reuters
SHUNSUKE TABETA, Nikkei staff writerOctober 29, 2019 00:40 JST | China
CopyCopied

BEIJING -- The listed units of China's three leading state-owned wireless carriers each reported a sales decline for the first nine months of the year, following a government mandate to cut service fees for customers.

China Mobile's sales totaled 566.7 billion yuan ($80.2 billion) between January and September, down 0.2% from a year earlier. Earnings were impacted by the state order that took effect last year for all three telecommunications providers to eliminate domestic roaming fees, the company said.