HAMBURG, Germany -- Chinese smartphone maker Vivo is attempting to snag European market share from beleaguered compatriot Huawei Technologies, but it will be arriving later than other Chinese rivals with a similar game plan.

Vivo, which like Huawei is based in Shenzhen, is initially targeting Germany, Spain, France, the U.K., Italy and Poland with four models ranging in price from 149 euros ($176.64) to 799 euros.

The company ranked fifth in global shipments during the July-September quarter, according to research companies Counterpoint and Canalys, even with or just ahead of Oppo. Vivo and Oppo, along with next-ranked Realme, share a common corporate parent, BBK Electronics.

Until last summer, Huawei was the top Chinese brand in Europe and vied with Samsung and Apple for top share. But with U.S. sanctions curtailing Huawei's access to U.S.-linked components and software, its shipments on the continent declined 31% last quarter from a year before, according to Canalys.

This has opened the door for smaller Chinese peers to attempt to expand their market share. Xiaomi, which moved quickly to capitalize on Huawei's setbacks, has emerged as an early winner. The company announced on Tuesday that its sales in Western Europe doubled on year in the July-September quarter, which helped overseas markets account for over half of the company's total revenue for the first time ever.

While both Huawei and Vivo focus on Android-powered phones, Vivo can sell models preloaded with the latest Google apps, which Huawei can no longer do due to Washington's restrictions.

Vivo, however, is disadvantaged by a lack of strong ties with the continent's network operators. Europeans tend to favor phones sold in operators' stores at subsidized discounts linked to service contracts.

"The possibility to go to a physical store, be it an operator store or open retail, and to experience the device firsthand is essential in the customer decision journey and that is why we are continuously working on building relationships with physical channel partners," Seon Hwang, vice president at Vivo's new European arm, told Nikkei Asia in a recent interview.

"We are to follow with other major European operators' offers in the upcoming days and weeks," he said. "For the time being, there are no plans to open Vivo brand shops in Europe."

Vivo, which has 70 staff at its new regional headquarters in Dusseldorf, Germany, has made its first step into operators' shops by winning a place on the shelves of outlets of Bouygues Telecom, France's third-largest telecom company, and of Play Communications, Poland's largest. The two are selling the phones without subsidy, however.

To get consumer attention, Vivo is promoting its sports sponsorships. Under an agreement with international soccer governing body FIFA, Vivo became a top sponsor for the 2018 World Cup in Russia and the 2022 games to be held in Qatar. The Financial Times has reported the company's commitment to FIFA at 400 million euros.

Vivo is also a major sponsor for the 2020 and 2024 UEFA European Championship tournaments. 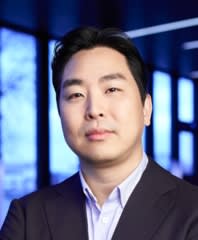 "There are differences in marketing approaches in Asia compared to those in Europe," Hwang said. "While Vivo has been working closely with big celebrity names as endorsers in Asia, we have taken a more down-to-earth approach with football sponsorships and working with everyday people for the visuals, as we want to be close to real life" for Europe.

Until now, Vivo has relied on its home market for most of its sales. According to Counterpoint data, average wholesale phone prices in China overtook those of Europe in the second quarter to reach $310. Europe's average was $291.

Hwang, who previously worked with BMW in South Korea and China, said that Vivo models prepared for sale in Europe feature fewer pre-installed apps, omitting many of the proprietary programs the company includes in Asia.

"European consumers prefer to have the phone to come minimalist, with only the basic apps pre-installed," he said, noting the company had surveyed 9,000 Europeans before entering the market.

Vivo's initial sales target in Europe, Hwang said, is "quickly getting our brand name into the top 5."

According to Canalys data, Oppo ranked No. 5 in the third quarter with a 3% market share after quadrupling its sales from a year earlier and displacing the Nokia brand, now produced by HMD Global. Huawei was No. 4 with 14%, trailing behind Samsung, Apple and Xiaomi.

Jan Stryjak, associate research director at Counterpoint, said Vivo could find it hard to catch up with Xiaomi and Oppo in Europe.

"All of them are strong in the mid-tier, an area where Huawei does, or at least did, particularly well," he said. "But since this segment is getting increasingly crowded with many players looking to capitalize on Huawei's decline, latecomer Vivo may find it challenging."