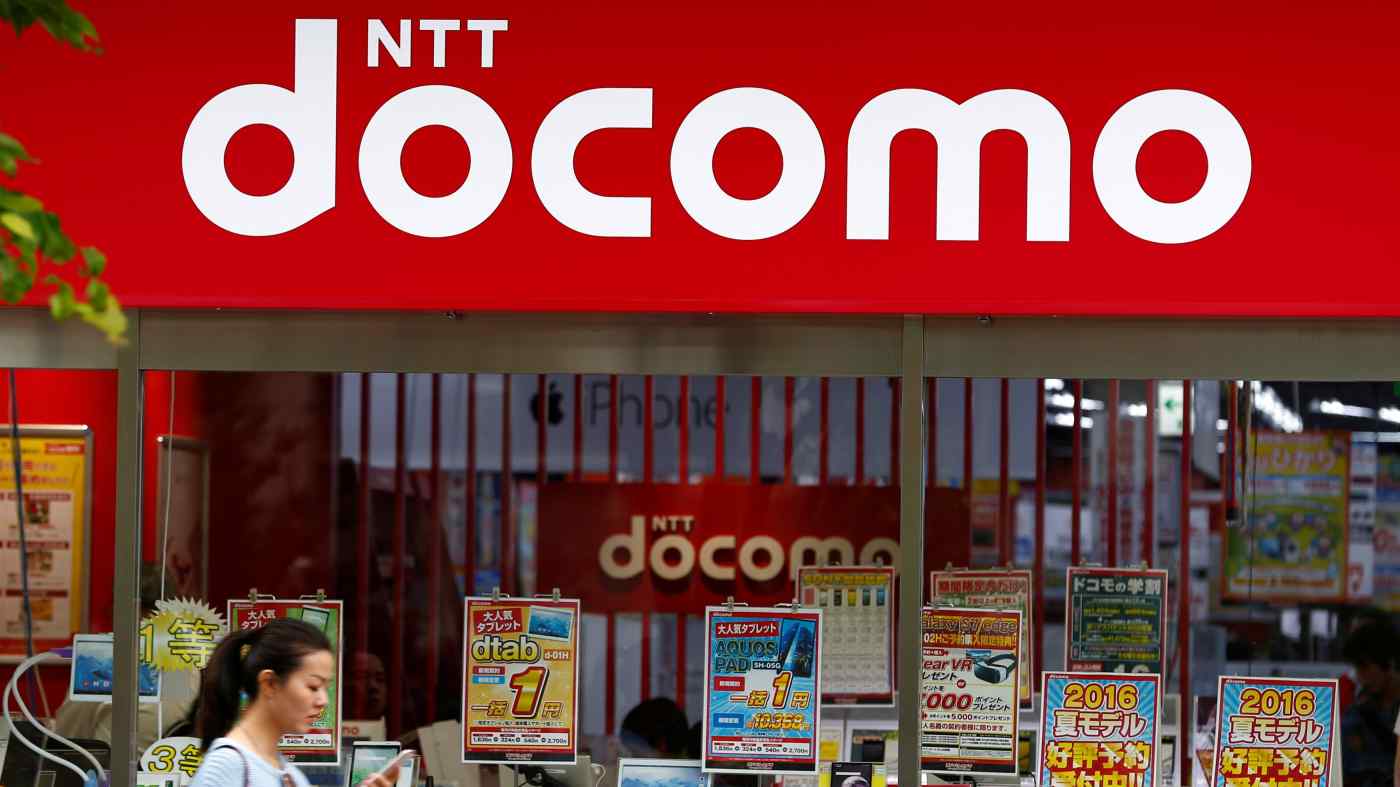 An NTT Docomo branch in Tokyo: more users are surfing the net through their home networks instead of mobile data because of the coronavirus.   © Reuters
TOMOHIRO NOGUCHI and AKIHIRO OTA, Nikkei staff writersApril 30, 2020 09:44 JST | Japan
CopyCopied

TOKYO -- With more of Japan staying and working at home amid the coronavirus outbreak, mobile carrier NTT Docomo's plan to offset rate cuts by boosting subscriptions to high-volume data plans has run aground.

Docomo announced this week that its operating profit for the year ended March dropped for the first time in five years, by 16% to 854.6 billion yen ($8.02 billion). Much of the decline came from offering plans that are up to 40% cheaper in response to the government's push for lower mobile rates.

CEO Kazuhiro Yoshizawa had previously been optimistic about a recovery, saying the year ended March would be as bad as it got. But he told reporters Tuesday that he aimed to keep profits flat in the current fiscal year.

Docomo was banking on increased mobile data usage by its more casual customers to lift future earnings. But more people are working from home due to the coronavirus, meaning while overall data traffic is up, most of it is through at-home Wi-Fi.

Mobile data traffic during the morning rush hour "appears to have gone down," said Japan's Ministry of Internal Affairs and Communications. Docomo, as well as rivals KDDI and SoftBank, told Nikkei that overall mobile traffic has not increased much.

Docomo has a relatively small percentage of heavy-duty users, with 22% of its customers signed up for a data plan of 20GB or more compared with 49% for SoftBank and 25% for KDDI, according to Mobile Marketing Data Labo.

Instead, roughly 40% of its users are signed up for cheaper plans of 1GB or less. Docomo hoped to nudge this group toward more expensive plans through streaming services and other data-heavy services, and keep its average revenue per user from declining.

But few are expected to upgrade their data plans while stuck at home. About 16.51 million of Docomo's 42 million users switched to cheaper plans made available in fiscal 2019, which could shave several hundred million dollars off of this fiscal year's profits.

Handset sales are also suffering as stores cut hours or close due to the coronavirus. Smartphone sales at major retailers halved in volume on the year for the third week of April, according to Tokyo-based online marketing agency BCN. "Customer traffic at our mobile stores dropped 70% in April," Docomo CEO Yoshizawa said. The carrier made just over 10% of its operating profit from handsets and other equipment.

The outbreak is also hampering efforts to expand Japan's fledgling 5G networks. Yoshizawa said Docomo's goal of setting up 10,000 base stations by June "will be extremely difficult," citing delayed shipments of parts from overseas.

The company's stock price has remained strong so far, thanks to hopes for generous shareholder perks. "It's an attractive issue because the company is cash-rich and has high shareholder returns," said Mitsunobu Tsuruo of Citigroup Global Markets Japan.

Docomo's total shareholder returns, including dividends and share buybacks, have topped 100% in the last five years, compared with roughly 50% by KDDI and SoftBank. Shares of Docomo have gained about 10% since the end of 2019, while its rivals have remained flat.

The company has decided for now not to increase dividends this fiscal year, given the uncertainties from the pandemic. But Docomo held 398.7 billion yen in cash and cash-like assets at the end of March, nearly double as much as a year prior. "It has the ability to increase returns, so its decision not to was a negative surprise," said Satoru Kikuchi at SMBC Nikko Securities.