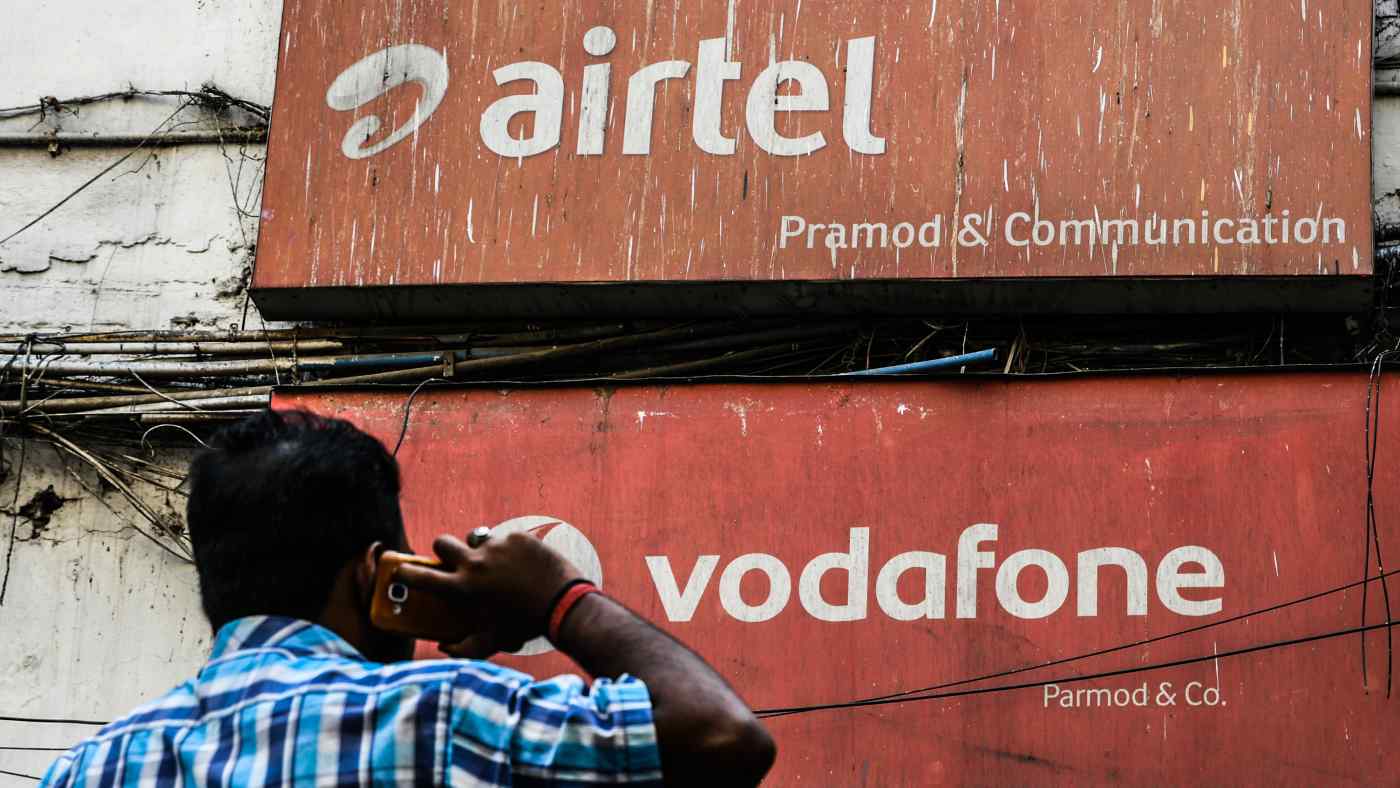 India's debt-laden industry has been seeking a relief package from the government as operators such as Bharti Airtel and Vodafone Idea. (Photo by Takaki Kashiwabara)
ROSEMARY MARANDI, Nikkei staff writerNovember 15, 2019 14:43 JST | India
CopyCopied

Singapore Telecommunications-backed Bharti Airtel's loss burgeoned to 230.4 billion rupees ($3.2 billion) for the quarter, while Vodafone Idea recorded a loss of 509.2 billion rupees, the two companies announced on Thursday. According to local daily Business Standard, Vodafone Idea's loss is the highest-ever for an Indian company.