Government had been hoping for rollout by September 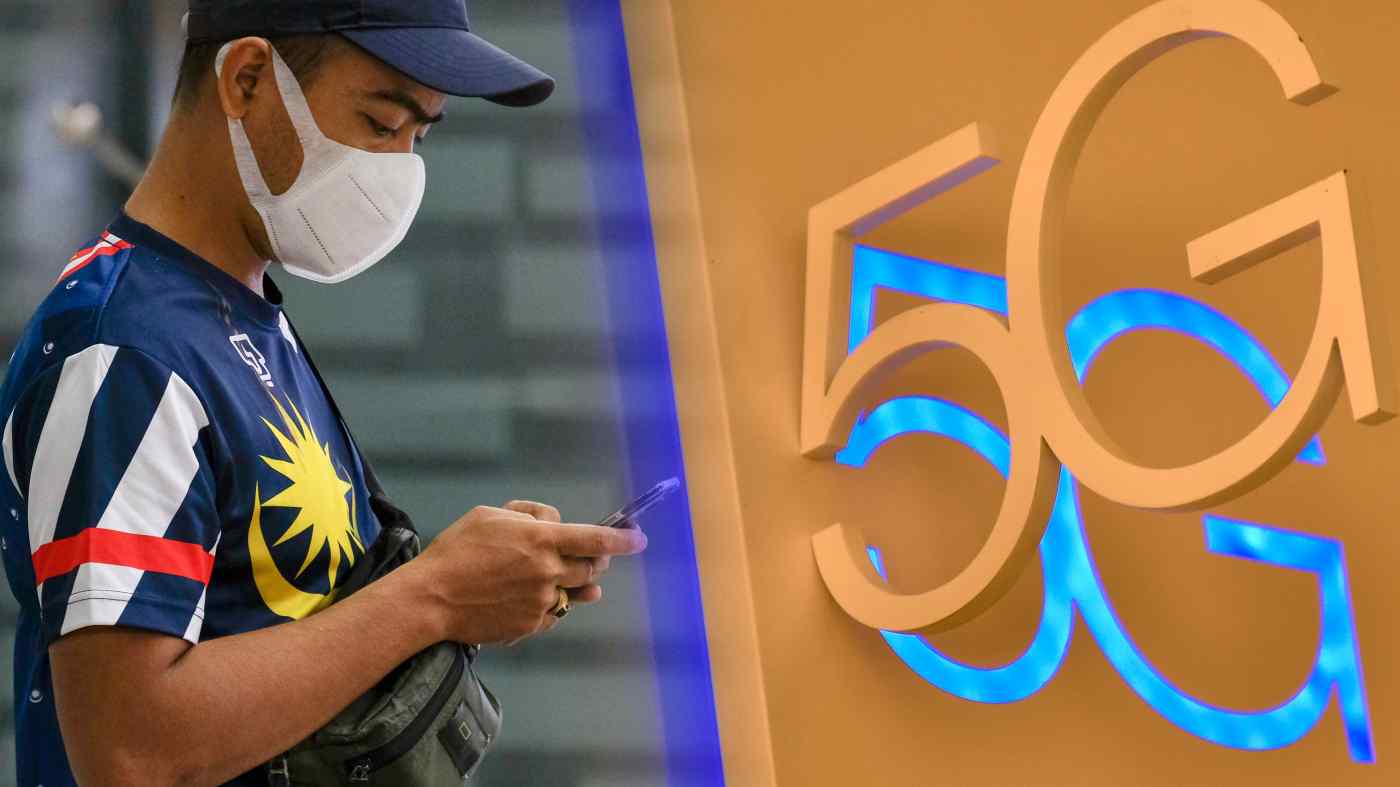 KUALA LUMPUR -- Malaysia will have to wait another year before it can roll out 5G services after spectrum allocations to five telcos, one politically well-connected but lacking experience, were nullified due to the backroom nature in which they were sealed, sources told Nikkei.

Malaysia had been hoping to roll out 5G commercial products by September and allocated spectrum to Axiata's Celcom, Digi.Com, Maxis, Telekom Malaysia and unlisted Altel Communications.

But on Wednesday the government admitted it would have to reverse the allocation and restart the process after a news report of the secretive deals led to a public uproar.

Altel, a young company with little experience in the industry, is owned by prominent tycoon Syed Mokhtar Al Bukhary, who is closely linked to former Prime Minister Mahathir Mohamad. Saifuddin Abdullah, the new communications and multimedia minister, signed off on the allocation, but two weeks later, after the public uproar, the contract was nullified.

The spectrum was supposed to be allocated only after a public tender.

The public uproar came about because the allocations were in direct conflict with an open and transparent tender process, one of the sources said.

The allocation deals were signed on May 15, but no media releases or announcements were issued. The first news report came two weeks later after a reporter spotted a notice regarding the matter on the commission's website.

Saifuddin on Wednesday ordered that the allocation deals be nullified and pledged to ensure a transparent process, though he did not provide a timeline.

While announcing that the deals have been called off, the ministry also said it will begin looking at how the available 700MHz, 900MHz and 2600MHz frequencies should be utilized.

Four telcos are currently using the 900MHz frequency for 4G/LTE services; their licenses run until 2032.

Besides Altel, the four other telcos had made sizeable investments in 5G trial runs on Langkawi Island, along the Malacca Strait, that were carried out during the first quarter of this year. The results of the trials have not been published.

Kenanga Research said the cancellations could derail the previous government's efforts to establish a consortium to manage the nation's 5G deployment. The research firm also said the spectrum-winning telcos could find themselves in a financially precarious position.

"Whether a consortium or individual telcos, the awardee(s) would have to bear the brunt of spectrum costs and incur higher capex spending to build the necessary infrastructure for the new network," Kenanga Research said in a note today. "By the looks of things, we would not be surprised if the readiness and commercialization of the network are delayed toward 2021 [from the initial third quarter of 2020 target]."

"It is shocking that such a massive project was even allowed to be negotiated directly," TI-M president Muhammad Mohan said in a statement today. "Where is the governance, compliance and control within the government procurement system?"

During an interview with Nikkei in December, former Communications and Multimedia Minister Gobind Singh Deo said Malaysia would seek expertise from global telcos, particularly Chinese and Japanese players, so it could meet its ambitious plan to roll out 5G services sometime during the first half of 2020.

The idea was to diversify the pool of technology service providers dominated by China's Huawei Technologies.

"We remain open for proposals, and I am constantly meeting with companies which have ideas on how best Malaysia can roll out 5G and make full use of the allocated spectrum," he said in December.

Two months before he spoke, Maxis, one of Malaysia's largest telcos, had contracted with Huawei for supplies of 5G hardware. The formal agreement for 5G radio equipment, services and knowledge cemented Huawei's first 5G-related project in Malaysia.

5G could theoretically achieve speeds of 20GB per second, compared wsith 1GB that 4G LTE peaks out at.

Such lightning speeds could bring about an autonomous vehicle revolution, advance smart home devices and improve fixed internet speeds in rural areas, not to mention make movie downloads a snap.

Huawei is banned from bidding for government contracts in the U.S,, particularly in regard to 5G projects, and President Donald Trump's administration has warned other advanced economies Huawei's 5G equipment could provide Chinese spies with "back doors."