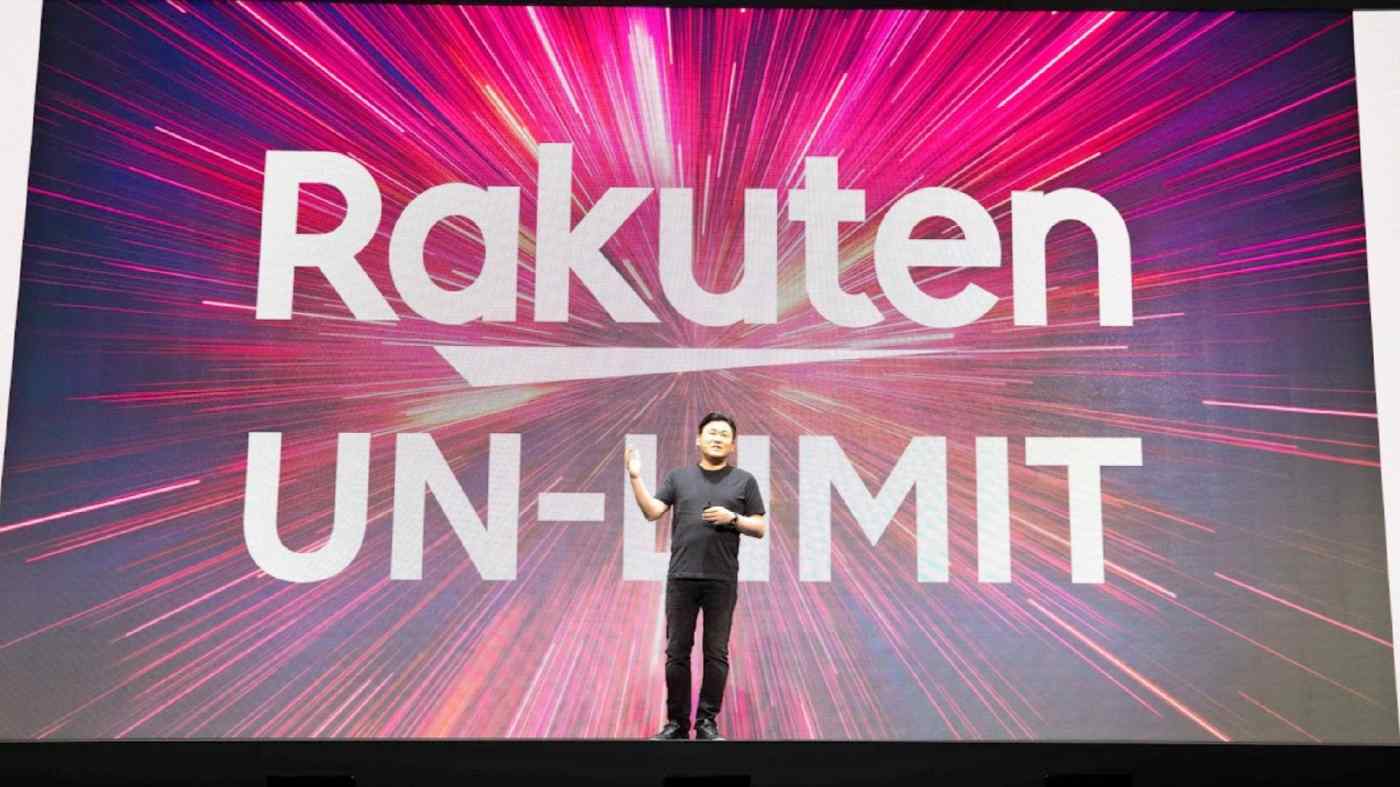 TOKYO -- Rakuten came out swinging onto Japan's wireless scene with its announcement Tuesday of a price plan with unlimited data at less than half the price of its main rivals.

The e-retailer's 2,980 yen ($27.60) monthly rate would get consumers only about 1 gigabyte of data per month at Japan's three big carriers, or 10 GB at budget mobile companies such as SoftBank Group unit Ymobile.

In a livestreamed news conference, Chairman and CEO Hiroshi Mikitani touted the "shockingly" low price, as well as the "easy to understand" one-size-fits-all plan, in contrast to the incumbents' wide range of plans with differing rates and data amounts. Service is set to launch fully next month.

The Japanese government has welcomed Rakuten's leap into the fray as it pushes for more competition to bring down what it considers excessively high wireless rates. It capped contract termination fees at 1,000 yen in October to encourage consumers to switch carriers, but its hopes of a price war were initially thwarted when Rakuten postponed the full rollout of its service.

Whether competition will pick up this time around is likely to hinge on the quality of Rakuten's service.

The unlimited data is restricted to the company's own network, where base stations are concentrated in the Tokyo, Osaka and Nagoya metropolitan areas. Outside this range, subscribers will be switched to rival KDDI's network, with a 2 GB monthly ceiling, after which speeds drop to 128 kilobits per second.

"For consumers in Rakuten's coverage area, there are significant advantages to switching from the major carriers," said Hideaki Yokota of MM Research Institute. Yokota predicts that how rivals respond will depend on how quickly Rakuten expands its network.

For now, the three main carriers -- NTT Docomo, KDDI and SoftBank -- appear to be in wait-and-see mode, keeping an eye on Rakuten's customer acquisition. The retailer is targeting 3 million subscribers "soon," while the big three each boast more than 40 million.

Adding more base stations will be crucial for Rakuten to stand shoulder-to-shoulder with its larger rivals. During a test rollout in October, some customers failed to connect to its network at central locations such as train stations in downtown Tokyo.

In the medium term, the big three could end up lowering rates to compete. Docomo and KDDI rolled out cheaper plans last year, while SoftBank has made no substantial cuts over the past two years, aside from its Ymobile arm.

Carriers "will probably have to rethink rates when they're several times as high as Rakuten's," a senior official from the Ministry of Internal Affairs and Communications said.

But the company may not be in the best position to win a battle over price if it drags out into a war of attrition. Docomo and KDDI each reported operating profits exceeding 1 trillion yen for fiscal 2018, compared with Rakuten's 72.7 billion yen in 2019.