SINGAPORE -- Singtel faces the challenge of making its 5G business viable under new leadership as the city-state rolls out the next-generation mobile network. But the rise of rivals and the coronavirus pandemic are chipping away at the telecommunications group's standing.

Singapore will begin introducing 5G services in January, aiming to cover the entire country by the end of 2025. Singtel, Southeast Asia's largest telecom operator by market capitalization, has one of the two licenses for the new network in Singapore, with local rivals StarHub and M1 jointly holding the other.

While 5G promises internet browsing speeds that are 20 times faster than 4G, what is unclear is whether a legacy telecom operator like Singtel, which is majority-owned by Singapore state investor Temasek, will be able to engineer a similar leap in making money out of the new network.

Singtel's incoming chief executive, Yuen Kuan Moon, did not offer exact insights on this when his company announced the retirement of boss Chua Sock Koong, who has been in the role since 2007, in early October.

"I'll do my best to build on the success of Singtel. This is an exciting juncture, with 5G, digitalization, changing the game not just for the telecoms sector, but for enterprises across all industries," Yuen who will assume his new role in January, said at a briefing on the leadership change. 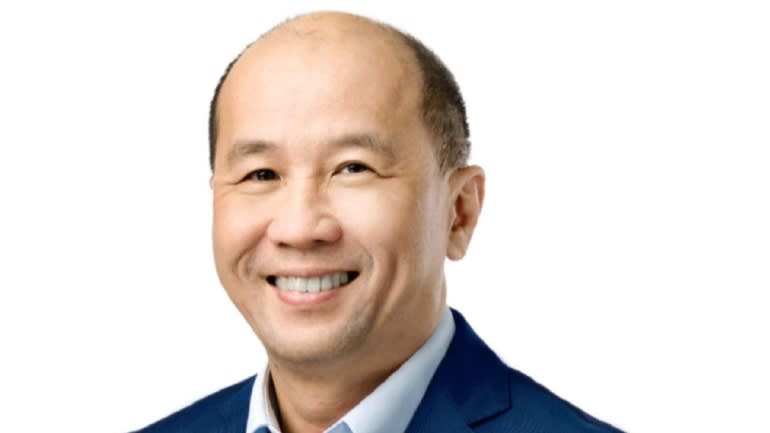 Paul Chew, research head at Phillip Securities Research, told Nikkei Asia that Singtel has not yet shown how it will be able to convince consumers to fork out more money for 5G services based on the promise of faster speeds alone.

At a results briefing on Thursday, current CEO Chua said it was too early to comment about 5G pricing strategy.

"We really got to move towards applications and platforms which would, you know, allow us to get a new share of revenue that traditionally has not been accruing to the telcos," she said. "So I think that has got to be the thrust of 5G."

Incoming CEO Yuen talked about what mobile subscribers can expect from Singtel. "We are introducing some of the virtual reality applications -- cloud computing, cloud gaming, virtual books -- these are all some new applications that will allow our customers to experience a different type of mobile network that is enabled by 5G," he said.

"The key point is that when 5G is rolled out, you must have the ability to raise prices," Phillip's Chew said. The mass market, he explained, is already quite comfortable with current speeds offered by 4G and may not be willing to pay more to tap a new network if the current one works well enough, which could hurt Singtel's ability to generate higher earnings.

"There isn't a real 'killer application' that will elevate the use of 5G for the mass market or even for enterprises," Chew said.

With Singtel's stock sinking to a 12-year low, expectations are high for Yuen to overhaul the company's growth strategy at a time when it is under considerable pressure.

The company's Hooq streaming service filed for liquidation this year, and its Amobee digital advertising platform has taken a hit from the COVID-19 pandemic.

In the three months to September last year, Singtel reported a rare net loss of SG$668 million as it earmarked SG$1.93 billion for a fine on its Indian associate company, Bharti Airtel. The operator is facing headwinds internationally and at home, Phillip's Chew observed.

On one front, he said, Singtel's ability to earn from international roaming charges, which makes up about 20% of mobile takings, has been impaired due to pandemic border closures.

On another front, the telecommunications business in emerging markets Singtel is present in, such as India, thrives on the prepaid segment, in which consumers buy blocks of mobile services pre-loaded on phone cards, as opposed to being tied to long-term contracts.

Chew said the pandemic, having pressured people's incomes as it stalled Asia's economies, has made it harder for telecommunications consumers in emerging markets to maintain or increase spending on prepaid services, further dampening prospects for Singtel in drawing significant income from these sources.

At home, it faces a bumpy road ahead in a tough operating environment as its rivals rise. The telecom landscape in Singapore has become increasingly competitive, with new entrants offering mobile services at pocket-friendly rates.

Australia's TPG Telecoms was awarded a license in 2016 to be the fourth fully fledged mobile network operator in Singapore, alongside Singtel, StarHub and M1. It entered the market by offering free 4G services for consumers as it sought to stabilize its coverage in the country.

At the same time, virtual telecommunications companies like Circles.Life and MyRepublic have mushroomed, also offering services at competitive rates. These providers do not own wireless network infrastructure but have agreements with incumbent players for bulk access to network services at wholesale rates.

Su Lian Jye, principal analyst at technology analysis firm ABI Research, told Nikkei Asia that incumbent carriers in highly digitalized countries like Japan also have had to fend off new challengers. "In Japan, NTT Docomo, KDDI and SoftBank are challenged by Rakuten, a fourth telecommunications company that has no legacy infrastructure and is fully leveraging virtualization and cloud technology for its network equipment," he said.

Su said, however, that virtual telecommunications companies pose a bigger threat to Singtel than they do elsewhere because of Singapore's tiny domestic market. Whereas operators in countries like Japan and South Korea serve much larger populations, Singtel has to fight to maintain its hold in a small home turf with many players. Singtel’s capital expenditure for the current financial year, including for 5G, will be around SG$2.2 billion.    © Reuters

Singtel, as a legacy telecom operator and de facto government-owned company, shoulders the costly responsibility of keeping infrastructure running and will continue to do so as 5G launches in Singapore, noted Lim May-Ann, managing director at technology consultancy TRPC, while rivals StarHub and M1, with their joint operating license for 5G, can pool resources to share the responsibility.

"The legacy of 3G and 4G -- you have already sunk a lot of costs in actually developing these networks. 5G actually will require a lot more infrastructural investment in the end, and that is going to take up a little bit of a chunk of your financials," she told Nikkei.

According to Singtel's earnings report, the company's capital expenditure for the current financial year through March 2021, including for 5G networks, will be around SG$2.2 billion, comprising 1.5 billion Australian dollars (US$1 billion) for its Australian subsidiary Optus and SG$700 million for the rest of the company.

StarHub has said that an initial investment into its portion of the network deployment with M1 will be an estimated SG$200 million over five years.

Singtel will benefit from its experience at home, Su said, if it has a hand in making 5G work in its overseas markets: "Its experience in launching 5G in Singapore will be extremely valuable for its subsidiaries and associates in the region, as we believe emerging markets have a lot to gain if they launch 5G."

To make its business viable with mounting operating costs, Lim suggested that Singtel should explore partnerships with parties from both the public and private sectors to offer consumers value-added services that could generate additional income.

Singtel has cast its net beyond the scope of its traditional business in telecommunications, exploring opportunities in financial services. It operates Dash, a mobile wallet that lets consumers make electronic payments locally or overseas.

The company has also teamed up with "superapp" provider Grab to bid for a digital full bank license in Singapore. Grab would have a 60% stake in the consortium, while Singtel would hold 40%.

The full virtual banking permit would allow both parties to jointly take deposits from and provide banking services to retail and nonretail customers.

Grab and Singtel have said that their partnership aims to cater to the needs of digital-first consumers and small and medium-size enterprises that cite lack of access to credit as a problem.

Results of the bid are expected to be out before the year ends.