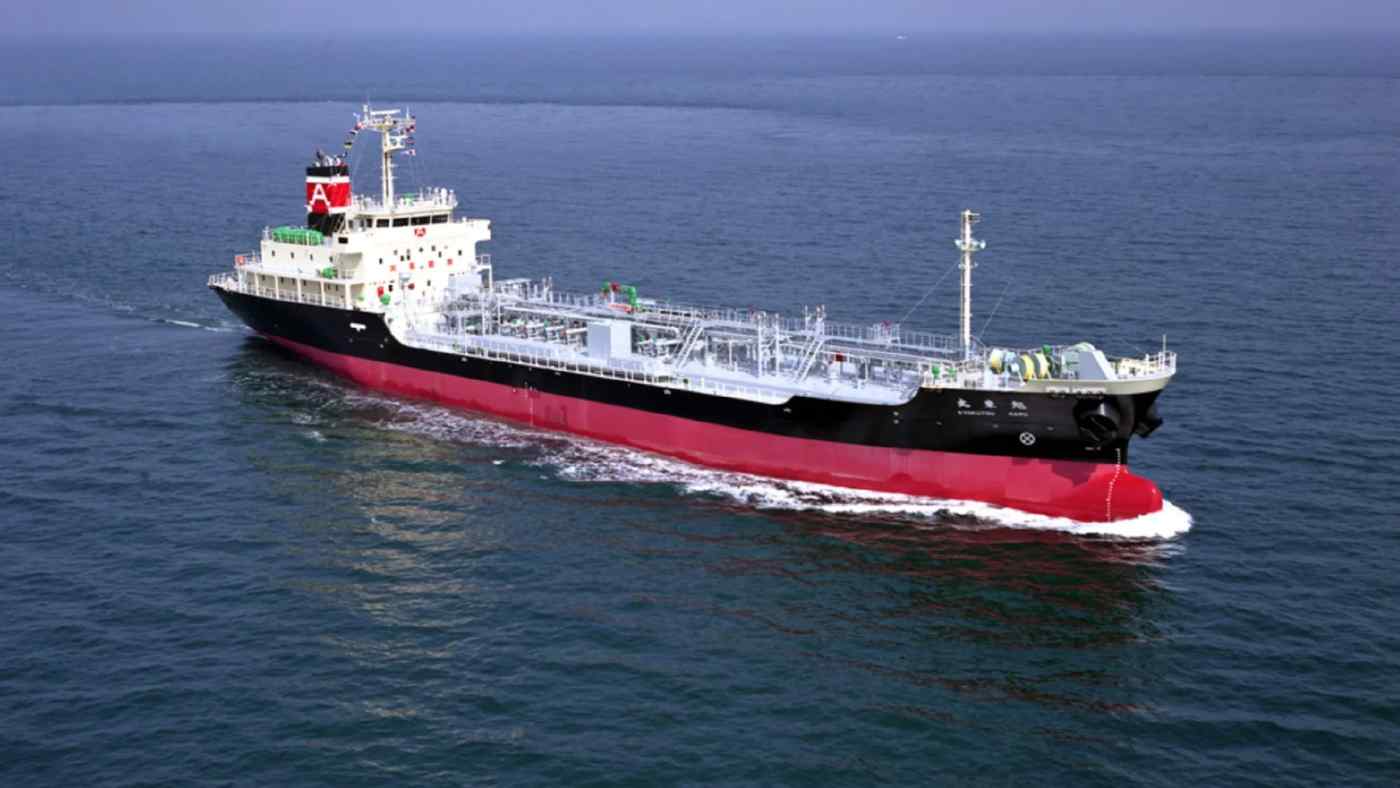 TOKYO -- Japan's SoftBank will work with compatriots including shipping company Mitsui O.S.K. Lines on a fast maritime communications network that will open the door to remote-controlled ships.

The service will use a satellite constellation operated by U.K.-based OneWeb, which is roughly 50% owned by SoftBank. OneWeb anticipates speeds of 400 megabits per second -- 100 times as fast as current maritime networks, which are a decade behind land-based telecommunications.

Such a sharp improvement in data speeds and capacity would make it more feasible to remotely pilot vessels from onshore stations. Crew requirements could be as much as halved depending on the type of ship -- crucial for a shipping industry suffering from a worker shortage.

The project will be led by e5 Lab, a joint venture whose investors include Mitsui O.S.K., Asahi Tanker and trading house Mitsubishi Corp. The venture will provide antennas and software to shipping companies, while SoftBank will participate on the telecom side.

The companies expect to charge a monthly fee in the hundreds of dollars for use of the software. The plan is to supply receiving antennas to shippers around 2021, starting with all 5,000 or so of Japan's coastal vessels.

The labor shortage in Japan's shipping industry is set to only worsen in the coming years. Nearly half of the 28,000 people serving on Japanese coastal vessels are 50 or older, according to the transport ministry -- a statistic that portends a dramatic drop over the next decade. And a growing number of graduates from schools that offer seafaring qualifications are opting for other jobs, according to a shipping industry insider.

With fully self-piloting vessels not expected to be operational until around 2025, remote operation can help fill the gap.

E5's service will let vessels update their location once a second -- compared with once per minute on current networks -- and send and receive image data. This could allow for supplementary services, such as weather forecasts based on current weather and ocean conditions gleaned from satellite data.

OneWeb now has six satellites in orbit and plans to launch 30 to 60 a month starting in January, looking to make service available worldwide by 2022. E5 plans to expand its own service abroad in tandem with the satellite network.