Dtac is losing subscribers and revenue as competition heats up The appointment of Sharad Mehrotra, announced Thursday, is seen as an effort to revamp a company whose earnings have slumped as competition has intensified.

Mehrotra led Telenor's India unit before taking over Myanmar operations at the Norwegian state-backed telecom giant, which owns 43% of Dtac. 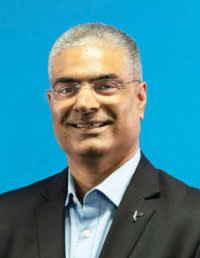 For 2018, Dtac reported a 4% decline in revenue to 74.9 billion baht ($2.48 billion) and a net loss of 4.3 billion baht. The plunge into red ink resulted from a large settlement fee the company paid to end a dispute with government-backed CAT Telecom.