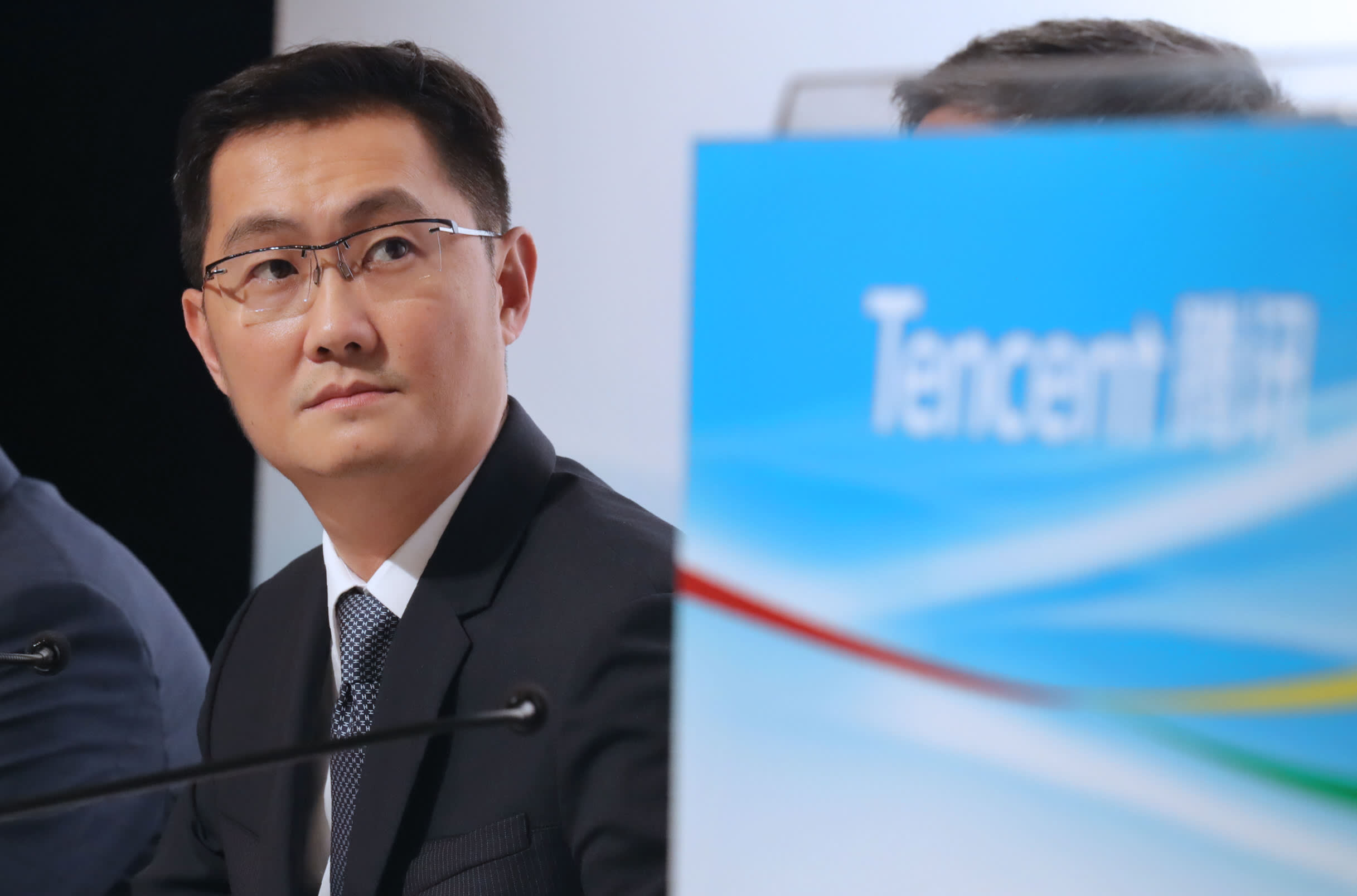 SHENZHEN -- A shy boy who loved astronomy while growing up is now referred to as "a new star" in China's information technology world.

Ma Huateng, 45, is still affectionately called Pony Ma. He is a co-founder of Chinese internet giant Tencent Holdings. His meteoric rise came as Tencent now outshines rival companies not only in China but in the rest of Asia in terms of market value.

Less than two decades after getting off the ground, since November 1998, Tencent has an astronomical market capitalization -- over $250 billion.

As a result, it has overtaken a constellation of powerful rivals, such as online retail giant Alibaba Group Holding, and has become Asia's top company by market cap.

Ma is among China's most successful entrepreneur/executives. According to the 2017 ranking of billionaires by U.S. magazine Forbes, Ma is the fourth-richest person in mainland China and Hong Kong, with assets worth $24.9 billion.

Tencent operates WeChat, which has nearly 900 million registered users. The social media platform is a part of daily life in China. In the minds of users, it's more than that: It makes anything possible. The tech company's strengths are not limited to smartphone games -- though it is the world's largest smartphone game maker -- or interactive features. During the past several years, Tencent's WeChat Pay has dramatically altered the way Chinese consumers make purchases. The mobile payments app lets users buy stuff without having to carry around cash, credit or debit cards.

Tencent distributed a dedicated quick response, or QR, codes to every checkout counter all over the vast country. This allows WeChat Pay users to make payments simply by swiping their smartphones over the displayed QR code.

Tencent's towering headquarters building is located in the central part of Shenzhen, a city of some 10 million people in Guangdong Province, southern China.

Shenzhen is dubbed "China's Silicon Valley." But it wasn't always that way. It used to be known as a rather sleepy city in the shadow of Hong Kong.

Tencent holds an executive meeting once every two weeks. The meeting starts at 10 a.m. -- the beginning of long and grueling hours for the company's suits.

After listening to subordinates' business ideas and reports for hours on end, Ma gives a pep talk to and tries to instill a sense of crisis among them. Eventually, Ma stages a late-night "one-man show," as one executive put it.

During one of these monologues, his baby face turned bright red as he told his executives, "The situation in our world changes drastically in just one second!"

Ma was born in Chaoshan, a region in Guangdong Province that has produced numerous entrepreneurs, including 88-year-old Li Ka-shing, the tycoon who built Hong Kong's biggest conglomerate.

When his father, who worked for a state-owned company, was transferred to Shenzhen, Ma also moved there. He was a Shenzhen University student when then-supreme leader Deng Xiaoping made what became widely known as the "southern tour."

Deng in the 1970s initiated a policy of "reform and opening up." During his 1992 tour to southern China, he called for an acceleration of those now stagnant economic reforms.

Shenzhen became a focal point of the renewed reform drive. As it did, it began to prosper -- and escape those shadows.

Ma and four friends established Tencent as a mobile messaging company -- one that would go on to greatly benefit from Shenzhen's blistering economic development.

In what became a well-known slogan, Deng called for the ruling Communist Party to "let some people get rich first." If there was a list, Ma seems to have been on it.

But China's "reform and opening up" policies mostly meant closing its markets to foreign competition while absorbing overseas technologies.

The nearly four-decades-old policy is now under the pressure of the internet age, which is defying borders and unifying global markets.

Ma is revving up Tencent's overseas expansion drive, and he has a big weapon -- WeChat. "Emulation has reached its limit," Ma said. "In the future, technologies will determine who wins."

The amount of payments made through smartphones in China doubled in 2016 from a year earlier to the equivalent of $5.43 trillion. This is a whopping 50 times the total in the U.S.

The innovative and overwhelmingly convenient method of giving and taking money could fundamentally transform the global financial services landscape.

It used to be that American entrepreneurs -- Henry Ford put assembly lines in the world's factories and Steve Jobs put smartphones in our pockets -- were in the vanguard when it came to creating new industries.

But the dragon seems to be awakening.

Ma's tireless push to open up new frontiers will serve as a litmus test for whether the innovation pendulum has swung to Asia.

This is the first in a series on Asians who draw on lessons from their youths to build better tomorrows.