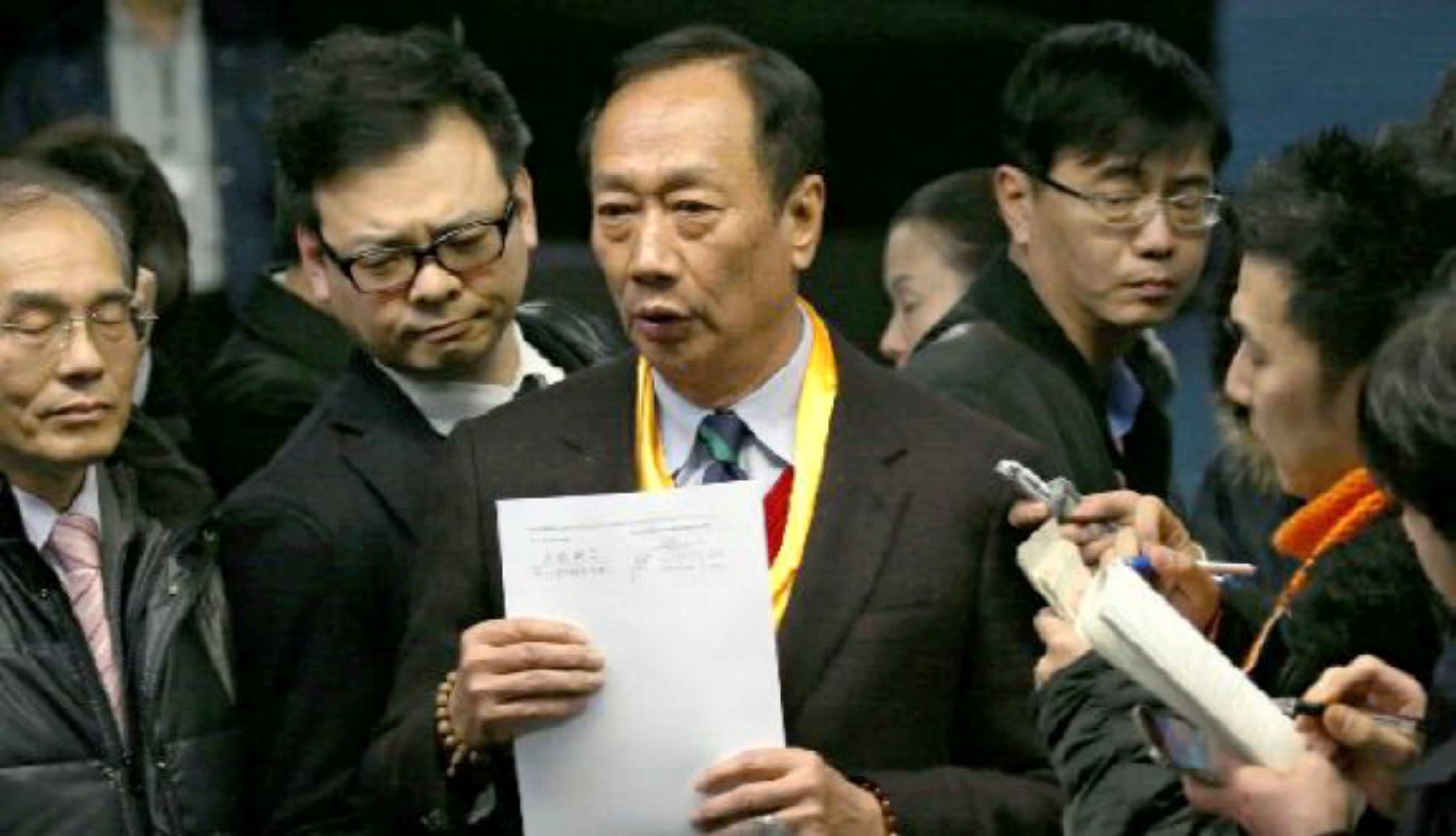 I have some assumptions based on information I have collected about Taiwan's Hon Hai Precision Industry. I have been watching the company, also known as Foxconn, for 10 years or so, first as a correspondent for Nikkei Electronics and more recently as head of a Taiwan-based consultancy. I have interviewed Terry Gou, Foxconn's founder and chairman who is known to shy away from reporters, for a total of 20 hours over the years.

Gou is now trying to put the finishing touches on a deal that is expected to cost his company more than $6 billion.

I would like to look at how the two companies got to this point. Here are some questions the general public might have and my answers to them.

Q: What was the biggest mistake Sharp made in digging itself into a financial hole?

A:Sharp misread the global liquid-crystal display market. Its cutting-edge LCD technology at one point made Sharp one of the world's leading electronics makers. But the very same technology eventually put the company in a straitjacket.

In 2007, Sharp began building a 400 billion-yen ($3.52 billion) LCD factory in Sakai, Osaka Prefecture, that would be able to build world-beating LCD mother glass for Sharp and partner Sony. But by the time the plant opened two years later, the world wanted cheap, good-enough flat-panel TVs more than it wanted the better, more expensive ones.

From a domestic standpoint, the timing was pretty good. Japan was to halt terrestrial broadcasts in 2011 and go fully digital. Consumer demand for flat-screen TVs went through the roof. But once everyone had new TVs, demand almost completely dried up.

This is where Sharp made a crucial mistake: It did not cut production of its displays. Instead, according to my research, it inflated profits and covered up huge panel inventories. It got by thanks to indirect financing from lenders. Sharp President Kozo Takahashi is about to start announcing quarterly results in Tokyo on Feb. 4.

By 2012, Sharp and its banks still did not understand what was required to dominate the global display market. Neither did they have a good understanding of Sharp's overseas rivals.

Having misplayed the market for large flat-panel displays, Sharp decided to shift its focus to small and midsize panels, mainly for PCs, smartphones, tablets and handheld game devices.

This is also a hypercompetitive business, one that requires players to have piles of cash, enough so that they can invest, say, 100 billion yen annually. This allows for the kind of flexibility needed to win large-lot orders from major customers.

Major customers like ... Nintendo. Unfortunately, however, the Japanese company long associated with video games was in a slump of its own.

Could have Sharp made better choices? I personally believe the company would have been better off taking direct funding and reshaping both its sales channels and its supply chain. There were plenty of potential customers overseas, but Sharp had trouble selling to them. On the supply side, Sharp was getting a lot of its components domestically, closing itself off from global trends.

Some argue that Sharp has an advantage in its unique and advanced panel technologies, called IGZO and MEMS-IGZO. But in reality, bulk-lot customers are generally hesitant to go for new types of panels, fearful of limiting their replacement options.

A: The concern of a technology leak does not make sense here. Any risk depends on the strength of a business and market demand.

And right now a big shift is taking place in the market for small to midsize display panels. Conventional LCDs are on their way out. Replacing them is something called active-matrics organic light emitting diodes, or AMOLED. South Korea's Samsung Display and LG Display dominate here.

Sharp, on the other hand, does not have enough money to spend developing rival technology. It has not even participated in the race.

Sharp's strength is in mass producing panels using low-temperature polysilicon technology, or LTPS. Here, it has outstripped its Chinese and Taiwanese rivals. LTPS offers higher resolution and brighter colors with less power consumption than traditional thin-film transistor, or TFT, LCDs. The technology is used in Apple's popular iPhones, and Sharp is a supplier to the U.S. gadget maker.

But there is speculation Apple wants to shift to AMOLED technology. And a step to becoming a producer of AMOLED panels is developing superior LTPS technology. AMOLED tech incorporates elements of LTPS.

Recently, however, another technology has been emerging -- low-temperature polycrystalline oxide, or LTPO, an improved version of LTPS. There has been a rumor that Apple is promoting and trying to patent the technology. And experts say LTPO could emerge as the global standard for small and midsize panels.

Q: Why is Foxconn so smitten by Sharp's LCD business?

A: Acquiring Sharp's technology will give Foxconn a leg up in the competition to supply smartphone panels to Apple. The shift in display technology is a big chance for Foxconn. Innolux, a Foxconn group company, currently sells relatively few screens to Apple. It is unable to better compete against LG Display and Japan Display. But with Sharp technology, this Foxconn unit could change the map of Apple suppliers.

For the Taiwanese iPhone assembler then, Sharp represents a big chance of it also becoming a maker of key components that go into the devices it puts together.

Sharp's LTPS technology is simply better than what Foxconn has. The Taiwanese business has spent a fortune on panel production plants in the city of Kaohsiung, in southern Taiwan. Plans were for the plants to kick into mass production next month. But production has since been postponed to the second half of this year.

So if it looks like Foxconn is desperate to acquire a small to midsize panel business that might not be a perfect fit, it has its reasons: It hopes to be a bigger part of Apple's supply chain, and Sharp's technology will help Foxconn take a big step toward meeting Apple's next-generation standards.