Tesla cars will be partially self-driving in 3 years: CEO 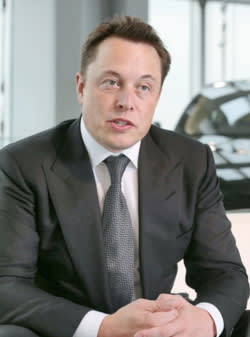 TOKYO -- Tesla Motors plans to develop its own autonomous driving system, with part of the technology to be introduced in three years, said Chief Executive Officer Elon Musk.

"Full auto-pilot capability is going to happen, probably, in the five- or six-year time frame," the head of the U.S. electric vehicle manufacturer told The Nikkei on Monday.

"The overall system and software will be programmed by Tesla, but we will certainly use sensors and subcomponents from many companies," Musk said.

Tesla aims to get a head start by incorporating some of the technology in a new electric vehicle slated to go into production around three years from now, he added. This car is expected to be priced at around $35,000.

"I think in the long term, all Tesla cars will have auto-pilot capability," Musk said.

He also indicated that Tesla will work more closely with Japanese companies, including Toyota Motor and Panasonic, to popularize electric vehicles. Toyota plans to stop procuring batteries from Tesla this year due to limited supplies, but the two will continue to cooperate, he said. Tesla aims to sign a deal in two or three years to supply batteries, motors, gearboxes and other components to Toyota, according to Musk.

Tesla currently relies on Panasonic for all the batteries for its electric vehicles, and this relationship will continue for the time being, he said.