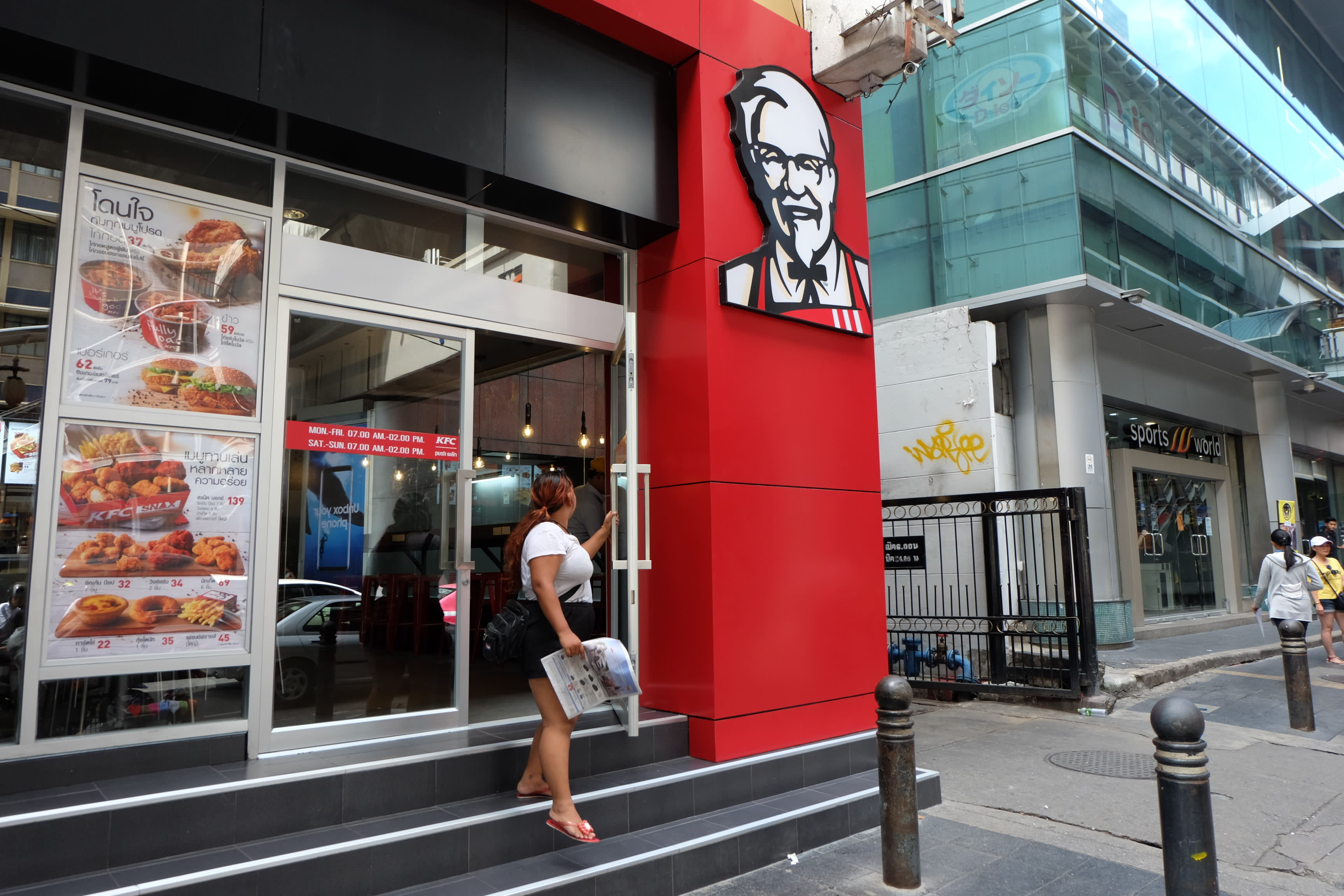 BANGKOK -- Thai Beverage, the brewer of Chang beer, is continuing to expand its restaurant business and will soon acquire more than a third of KFC outlets in Thailand.

TCC Group, a listed beverage and real estate conglomerate run by billionaire Charoen Sirivadhanabhakdi, said on Tuesday that its subsidiary is taking over more than 240 fried chicken outlets already operating or under development from Yum Restaurants International (Thailand).

The preliminary offer is around 11.3 billion baht ($340 million). The exact acquisition price will be finalized after details of the outlets have all been reviewed, Thai Beverage said in a filing to the Singapore Exchange. The deal is expected to be completed by the end of the year. Yum Restaurants International (Thailand) will retain a small number of KFC outlets for marketing and product development.(PHOTO by Yukako Ono)

KFC is the largest fast-food chain in Thailand by number of outlets, and also one of the oldest after more than 30 years in operation.

The acquisition will make Thai Beverage the largest KFC franchisee in Thailand. The two others are Central Restaurant Group under retail conglomerate Central Group, and Restaurant Development Company, which is managed by a fund established by Asian investors including Japan's Mitsubishi Corp., CIMB Group Holdings, and the Development Bank of Japan.

As of July 31, of the 601 KFC branches operating, 224 franchises were owned by Central Restaurant Group, and 128 by Restaurant Development Group. The rest belonged to Yum.

After the Thai Beverage deal closes, Yum will retain a few outlets for marketing and brand development as it refocuses on brand management. It has a target of 800 outlets by 2020.

"We are excited to welcome our new franchise alliance," Roger Eaton, chief executive of KFC Global, said in a statement.

Food and restaurants remain a small part of Thai Beverage's business, accounting for just 3.4% of total sales in the six months to March. Liquor remains the company's core business, generating 56.8% of sales, followed by beer with 31.4%.

"The acquisition of the KFC stores represents more than just an opportunity to enlarge ThaiBev's food business," said Nongnuch Buranasetkul, senior vice president for food and restaurants. She said KFC's extensive network in Thailand will provide access to "multiple customer touch points" that will enable Thai Beverage to understand trends and retain a competitive edge.

Thai Beverage shares listed on the Singapore Exchange were unchanged on Tuesday, and Wednesday is a holiday.